Teenager who killed man, 65, with single punch is jailed

A teenager who killed a man with a punch after he didn’t give him a cigarette has been sentenced to four years and four months in detention.

Leonard Saunders, 65, died after he was punched in the street in St Helens, Merseyside, by 17-year-old Luke Woods on July 21.

Sentencing Woods at Liverpool Crown Court, Honorary Recorder of Liverpool Judge Clement Goldstone described Mr Saunders as ‘a shining, yet very modest, star within the local St Helens community to which he devoted his life’.

Woods, who pleaded guilty to manslaughter this morning, had been walking through St Helens just after 6.40pm on Friday, July 21, when he approached Mr Saunders, who was with his friend Gregory Taylor, and asked for a cigarette.

When they told him they did not smoke, Woods, of Union Street, St Helens, punched Mr Saunders, causing him to fall to the ground and fracture his skull. 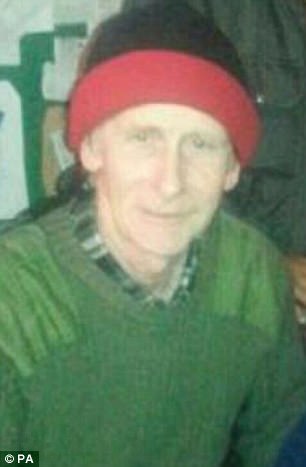 Leonard Saunders (right) was described as ‘a shining, yet very modest, star within the local St Helens community to which he devoted his life’. Left: Luke Woods, who killed Mr Saunders with a single punch after he asked the pensioner for a cigarette and didn’t receive one

Judge Goldstone said: ‘You snuffed out his life and brought untold sadness and grief to countless people.

The court heard Woods, who was drunk and had taken drugs, had already told his friend he would punch someone if he did not get a cigarette.

Judge Goldstone said: ‘You were not so drunk as to be unaware that you had knocked Mr Saunders out and you made good your escape from the scene.’

When police went to his home to arrest him the following day, Woods tried to headbutt an officer and had to be restrained as he attempted to escape.

Mr Saunders’ niece Heba Soliman told the court he had dedicated his life to charity and volunteering work.

She said said: ‘We will never forgive or forget the actions of the person that did this.

‘He took away our beloved Len’s life. He did so in the most evil and vicious way.’

The court also heard a statement from Ann Shacklady-Smith, given on behalf of Mr Saunders’ friends, art and social groups and networks in St Helens.

She said: ‘The space he leaves behind cannot be filled and we all miss him dearly.

‘We wish to place on record the enormity of the loss that has been caused by this senseless act of violence that has stolen from us all a man of many talents, great integrity and humanity and who walked through his life with a generous heart and spirit.’

Speaking outside court, Ms Soliman said: ‘The sentence will never be enough to bring back our uncle and we just hope that he (Woods) has to live with what he has done and we hope that he is remorseful for his actions.’

Mr Saunders’ nephew Ramy Soliman said: ‘If that boy had been in distress on that road my uncle would have been the first person to go and help him. It’s just so sad what’s happened to him.’