Teens waved to passengers as they ‘train surfed’ in Essex

Two teenagers waved to stunned passengers on a rail platform as they filmed themselves ‘train surfing’ by hanging on to a speeding carriage.

Harris Ahmed, 18, from east London, and a 16-year-old boy captured their reckless stunt before sharing the video on YouTube.

The pair were hauled in front of magistrates and sentenced earlier today after pleading guilty to endangering the safety of a person conveyed by the railway at Highbury Corner Magistrates’ Court.

Harris Ahmed (pictured), 18, from east London, and a 16-year-old boy captured their reckless stunt before sharing the video on YouTube

British Transport Police said the footage, reported to them on October 31, showed youngsters on a train in Brentwood, Essex.

‘The two defendants posted a video on YouTube where they were identified as jumping on a train and filming themselves riding between the two carriages.

‘They are seen to wave to other people on the platform effectively as some form of stunt.’

He pointed out that ‘the most danger was to the defendants themselves’ as their arms were very close to the edge and beneath high voltage cabling which could fall down and electrocute them. 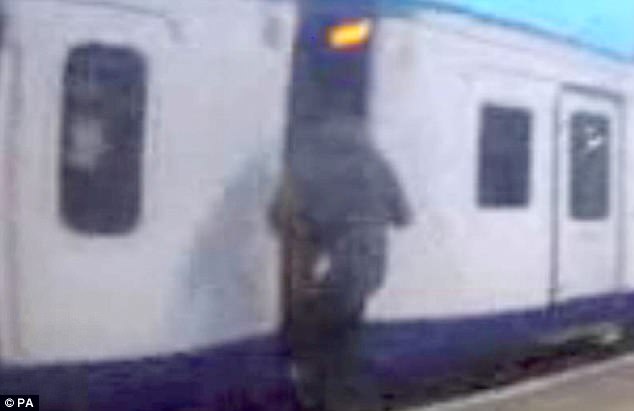 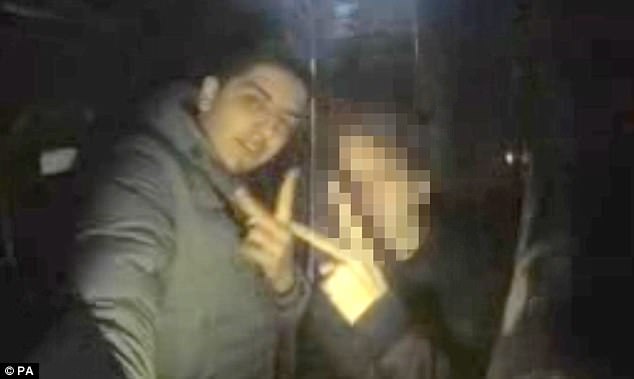 Ahmed stands between carriages, alongside his 16-year-old friend, as he poses for a photo

If the train had to stop quite suddenly it could have ‘a detrimental impact’ on the passengers, Mr Mondal added.

Ahmed, a student, was given a 12-month community order, while the 16 year-old, who cannot be named for legal reasons, was given a four-month referral order.

They were each ordered to pay £105 in surcharge and court costs.

Ahmed has since deleted the video of the prank, the court heard.