Teewah beach campers cause online fury after getting stuck on dunes

Easter campers have outraged locals after being left stranded on a popular four wheel driving beach in Queensland.

The campers on Teewah Beach at Double Island Point had to pile up the dunes after a monster high tide swallowed up most of the popular beach.

As the tide swept in the normally picturesque spot turned into chaos, the Sunshine Coast Daily reported. 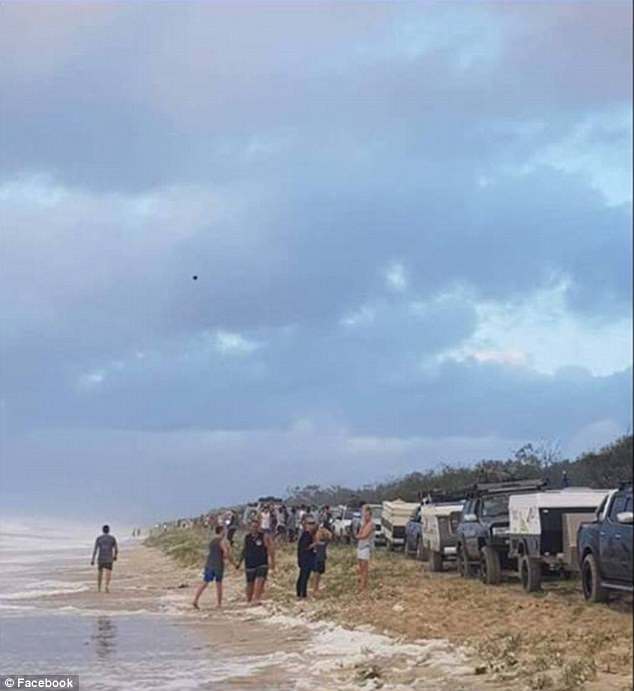 Photographs of the stranded drivers were posted on Facebook and heated tensions surrounding the right to drive on beaches flared again.

Within the Cooloola area it is an offence to drive on the dunes or over vegetation.

Most users expressed anger that the drivers had no consideration for the environment and were endangering baby turtles by being there.

Some questioned why no ranger was present while others argued that the state government did not put enough money in to keeping the local wildlife safe.

‘Send the rangers along. Fine the lot of them. Then sack the rangers for allowing it in the first place,’ said one.

‘What is a gathering of bogans called anyway?’ wrote another. 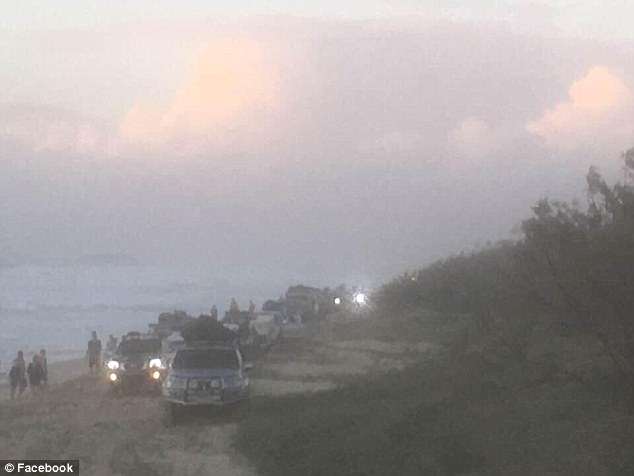 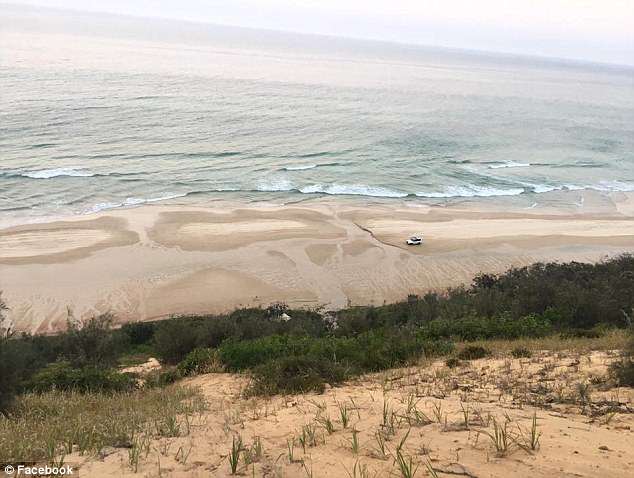 ‘Seems common sense is so hard to come by these days. A quick check on the tide conditions would have prevented this dune destruction,’ added another.

A spokesperson for Surf Life Saving Queensland said that the monster tide meant there was no beach left for the vehicles to drive on.

‘It’s a really high tide there at the moment with very strong surges,’ the spokesperson said.

‘People are having to drive up on the dunes because there is nowhere else.’

‘The camp-sites are completely booked out for the entire weekend so you can imagine how many people are there.’

There was one lifeguard on the beach at the time of the scramble but Surf Life Saving Queensland said it was their priority to ensure safety in the water.

Reports have indicated the tide is above 2 metres.