By Afp and Sara Malm for MailOnline

Ten young children have been kidnapped and murdered in southern Tanzania, and their organs harvested for ‘witchcraft rituals’, officials say.

The victims, aged between two and ten, had all been kidnapped from their homes in the south-western Njombe region since the beginning of the month.

The children had a number of body parts removed, including ears, tongues, teeth and sexual organs.

Wave of murders: The ten children found dead in Njombe had been kidnapped and murdered, and their bodies mutilated to harvest body parts for ‘witchcraft rituals’

‘So far, we have found ten bodies, and most of their private parts and teeth had been removed,’ Tanzania’s deputy health minister Faustine Ndugulile, told CNN.

‘These murders are linked to witchcraft practices because that is the trend for such crimes, where herbalists ask people to get these human parts for money rituals,’ he added.

In Tanzania, albinos are often kidnapped and their body parts hacked off for use as charms and magical potions in the belief that they bring wealth and good luck.

However, officials said the children kidnapped and murdered in Njombe had not been albino. 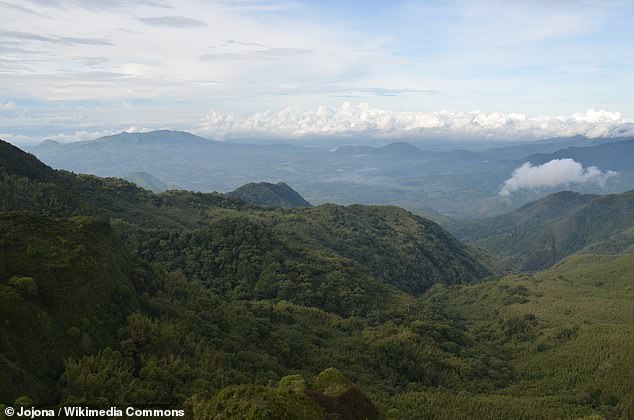 The ten victims, aged between two and ten, had all been kidnapped from their homes in the Njombe region in south-western Tanzania since the beginning of the month

Police have arrested one person in connection with he murders, a close relative of three of the victims, who all hailed from the same family, BBC reports.

The United Nations has today condemned the murders, and offered its condolences in a statement.

‘The United Nations in Tanzania offers its deepest condolences to the families and communities of children who have been brutally murdered in Njombe over the last few weeks,’ read a statement.

‘As the UN, we stand ready to support the government in their efforts to address the issue,’ said Alvaro Rodriguez, the UN’s resident coordinator in Tanzania.