Popular pubs and restaurants in New South Wales are hit with $50,000 worth of fines after being caught out for breaching coronavirus rules

Ten pubs, cafes, clubs and restaurants across New South Wales have been slapped with $5,000 fines after they were caught out breaching coronavirus restrictions.

Of the ten venues named and shamed, four were from the NSW Central Coast while another three were from western Sydney.

Hulstone Park Hotel (pictured) was one of 10 venues to cop $5,000 fines in a statewide blitz

Eateries Heart 2 Heart in Merrylands and Master Hot Pot in Auburn are in the Cumberland Council area, which has recorded 23 cases in the last four weeks

The Kingswood Hotel near Penrith was also fined, along with Hurlstone Park Hotel in Sydney’s inner west, Yagoona’s Greyhound Social Club in the city’s south-west and  Tamworth Services Club in north-east NSW.

On the Central Coast, the Mapo Galbi Korean BBQ and Yai Thai restaurants in Gosford were also busted, along with  Thai Thyme and Hero Sushi.

Most breaches related to a lack of a COVID-19 safety plan, inadequate record keeping and poor social distancing.

‘It beggars belief that anyone would want to eat, drink and mingle, shoulder to shoulder with others during a pandemic,’ he said.

‘Pubs, clubs, bars, casinos, cafes and restaurants are high risk for COVID transmission. They are subject to public health order conditions specifically designed to keep them open and keep our communities safe.

‘It is public knowledge that COVID clusters have spread rapidly at restaurants and jumped from suburb to suburb. We all need to play it safer – businesses as well as customers.’ 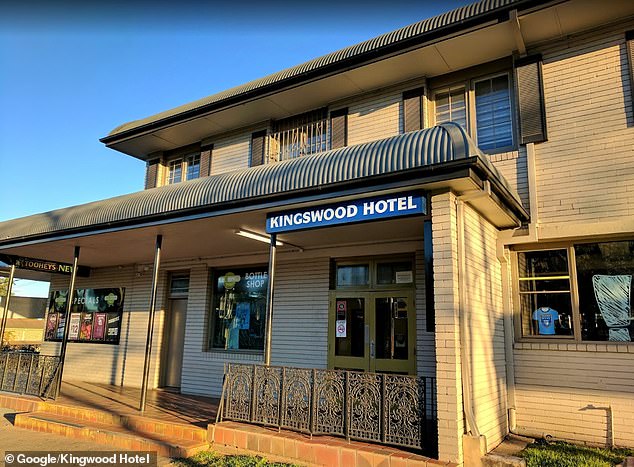 Liquor & Gaming NSW is working with police to investigate disturbing footage of queues of pub patrons outside the Greengate Hotel on Sydney’s north shore on Wednesday night.

Similar scenes were spotted at Double Bay’s The Golden Sheaf earlier this month.

The bar popular with university students mid-week was fined $5,500 after a photo went viral showing hundreds of patrons huddled together as they waited in the queue.

Liquor & Gaming NSW believed up to 250 customers failed to comply with social distancing rules in front of the popular bar. 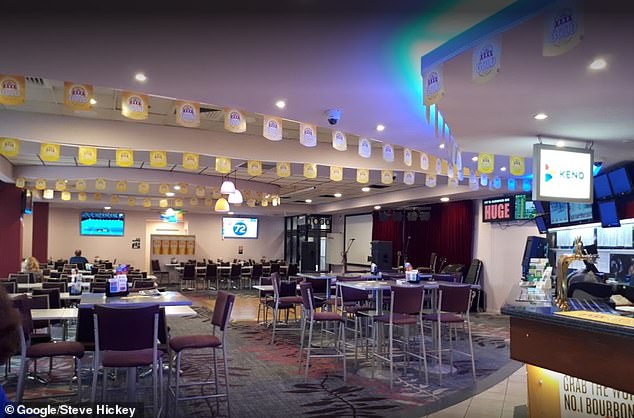 The public are urged to report any COVID safety breaches they spot at venues to police.

‘You never know who is filming or taking photos or when police and inspectors might visit your business,’ Mr Dunphy warned.

Eighteen new cases were reported in NSW on Thursday.

Gyms will be subject to new public health orders from August 1. 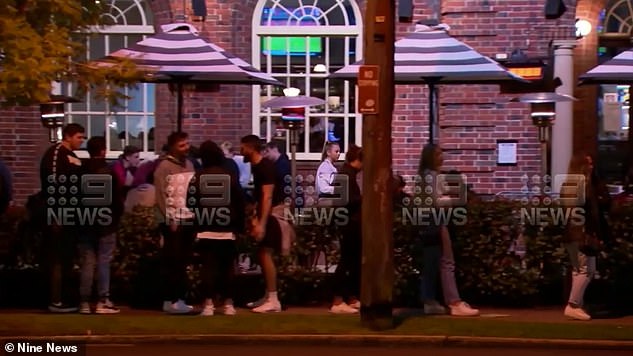 Customers were seen sprawled down the Pacific Highway as they waited to enter the Greengate Hotel on Wednesday night. The venue is now being investigated