Nicknamed the ‘Heart of Dixie’, Alabama is one of America’s most famous Southern states and played a key role in the American Civil War and the civil rights conflict.

In addition to a fascinating, often dark history, it has vibrant cities, world-class museums, a thriving music scene and 60 miles of white-sand beaches along its Gulf of Mexico coastline.

Here are ten reasons why you should go.

Nicknamed the ‘Heart of Dixie’, Alabama is one of America’s most famous Southern states and played a key role in the American Civil War and the civil rights conflict

1. Visit the famous landmarks along the Civil Rights Trail (civilrightstrail.com), which covers the 14 states that played a pivotal role in the struggles of the 1950s and 1960s. In Alabama, they include the church in Birmingham where the Ku Klux Klan murdered four black schoolgirls in 1963; Edmund Pettus Bridge in Selma, where police attacked peaceful marchers on ‘Bloody Sunday’ in March 1965; and Dexter Parsonage, the white clapboard house in Montgomery where Martin Luther King Jr lived with his family. It is now a museum.

2. Indulge in some musical nostalgia at the Hank Williams Museum (thehankwilliamsmuseum.net) in the state capital Montgomery. Williams, America’s first country music superstar, was born in Mount Olive, Alabama, in 1923 and sowed the seeds for what would become rockabilly and other music styles. He was also one of the first to rebel against injustice via song. Exhibits include 20 of his hand-made suits, a 1937 Gibson guitar and his beloved 1952 baby-blue Cadillac. 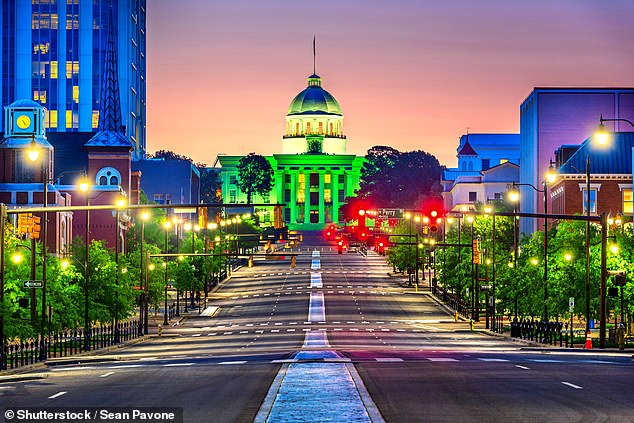 Vibrant: The state capital Montgomery where you can indulge in some musical nostalgia at the Hank Williams Museum

3. Meet high-school history teacher, tour guide and ‘foot soldier’ Barry McNealy over ribs, chicken fingers and fries at Rib-It-Up (ribitup.com), an African-American-owned restaurant in Birmingham. The foot soldiers were ordinary men and women who marched behind the civil-rights movement’s charismatic leaders such as Martin Luther King and Joseph E. Lowery, and Barry has some riveting stories to tell.

4. Let your hair down at a Prohibition-era speakeasy. Birmingham’s Marble Ring is dedicated to Alabama-born socialite and novelist Zelda Fitzgerald, wife of F. Scott Fitzgerald. Zelda was an anti-establishment figure and flapper girl who made a point of flouting the strict rules imposed on the consumption of alcohol in America between 1920 and 1933. She loved a mint julep or two, and the Ring’s come with a kick like a mule. The entrance is via a telephone booth in the adjacent Hot Diggity Dogs restaurant. There are plenty of naughty murals on the walls.

5. Marvel at the US Space & Rocket Center in Huntsville (rocketcenter.com). The centre, the biggest of its kind in the world, displays real rockets and technological hardware, including examples from the Apollo missions. The Saturn V test rocket, housed in the enormous Davidson Center, is the only one designated as a National Historic Landmark. There are more than 1,500 exhibits and admission costs £19.50 for adults. 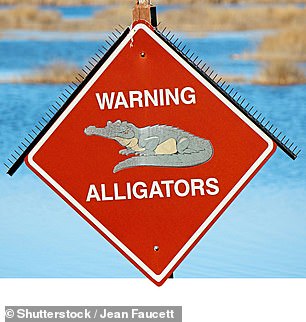 Warning sign in the Gulf Coast city of Spanish Fort

6. Look out for alligators on a Gators After Dark boat tour with Wild Native Tours (wildnativetours.com), which take place from June to September in the rivers and tributaries around the Gulf Coast city of Spanish Fort. Tours last 90 minutes with commentary from a nature guide and cost £17 for adults.

7. See Alabama through the eyes of a local. Author and tour guide Verna Gates (vernagates.com) was born and bred in Alabama and organises bespoke tours, as well as literary, nature and wilderness trips.

8. Try a hot dog at Chris’ Hotdogs (chrishotdogs.com) in Montgomery. The city’s main street, Dexter Avenue, has been named the ‘most historic street in America’. The diner, owned by the same family for more than 100 years, is straight out of central casting, with tiled walls and round red leather bar stools. Notable past patrons include Franklin D. Roosevelt, Harry Truman and Elvis Presley.

9. Party in Mobile, a port city on the Gulf Coast known as the ‘Paris of the South’ and home to the original Mardi Gras. Dine on oysters (‘fried, stewed and nude’) at Wintzell’s Oyster House (wintzellsoysterhouse.com) on Dauphin Street, a city institution since 1938. Afterwards, take a tour on a trolley bus around the neighbourhood’s antebellum houses, built between the end of the 18th Century and the start of the Civil War in 1861. 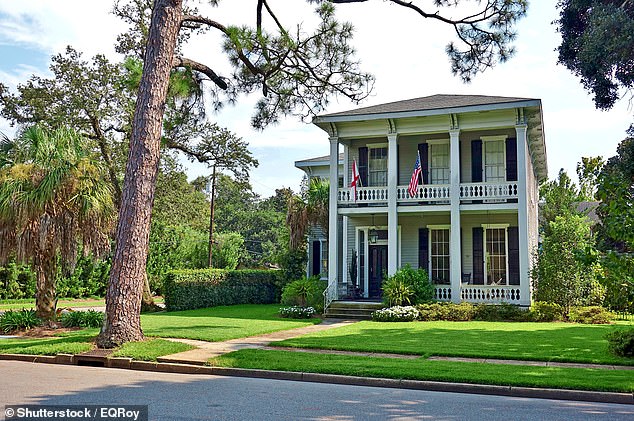 Southern style: An antebellum property in Mobile, home of the original Mardi Gras

10. Take a guided tour of Muscle Shoals Sound Studio (muscleshoalssoundstudio.org), the recording studio in the town of Sheffield founded in 1969 by four session musicians known as The Swampers. Many of the world’s biggest musical icons, including the Stones, Aretha Franklin and Paul Simon, have recorded there. A 45-minute tour costs £12.