The friendship between Strictly hosts Claudia Winkleman and Tess Daly is a very real one – Tess’s husband Vernon Kay has even joked the duo shouldn’t be allowed to share a dressing room in case their admiration gets out of control.

He’s got a point though; take this risqué 2019 exchange. As the music began for a dance in the show before Blackpool week, Claudia asked what song it was. ‘I Just Want To Make Love To You,’ Tess told her. 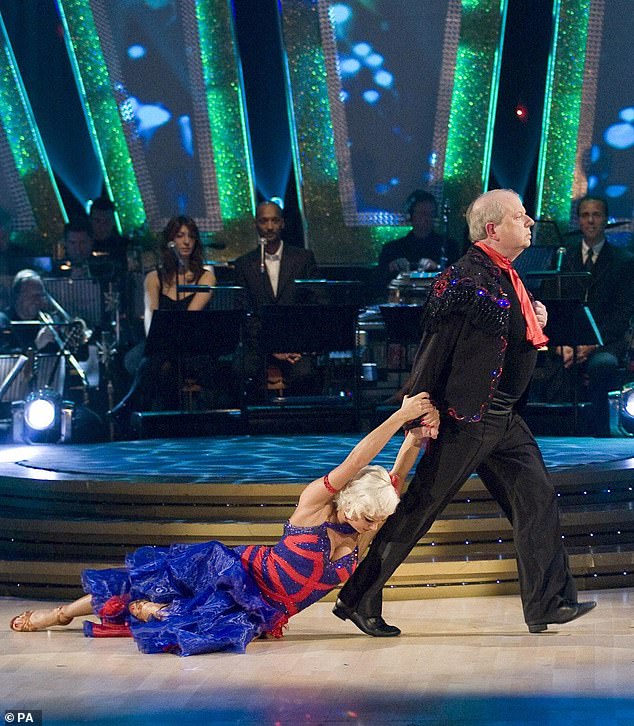 In 2008, former political journalist John Sergeant embarked on a paso doble with partner Kristina Rihanoff and ended it by flinging her across the studio like he was shifting a hundredweight of potatoes.

Kristina hit the floor with a thump that made the lights shake. John’s trick on the show was to stand still as much as possible and pretend he had a right to be there – and it worked… the public kept voting him back in. 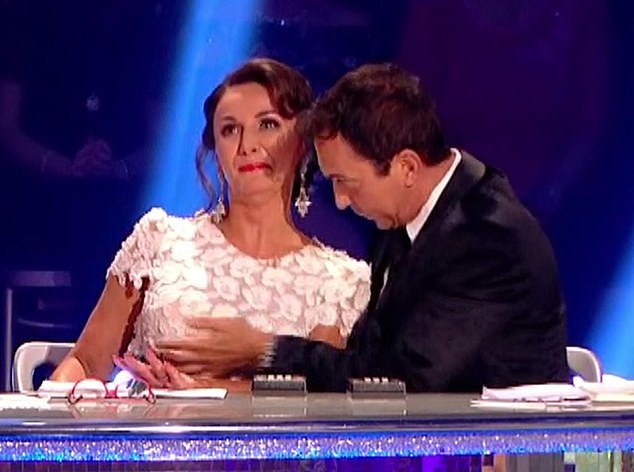 The show is the world’s most successful reality TV format, with versions in 75 countries including America’s Dancing With The Stars

Italian judge Bruno Tonioli is notorious for waving his hands about, once becoming so exuberant he appeared to stroke Shirley Ballas’s chest – it’s hard to say which of the stars was more horrified! But he really went too far after a performance by Janette Manrara and Dr Ranj Singh.

While Craig Revel Horwood was delivering a few barbed observations, Bruno went into gesticulation overdrive and tumbled off his chair. He clutched at the air as he went but, sadly, Shirley was out of reach. A few seconds later he re-emerged, looking slightly stunned.

Head judge Len Goodman was as quick with a clever simile as he was light on his feet. In 2015, the year before he retired, Len told Anita Rani after her American Smooth with Gleb Savchenko, ‘You flew across that floor like a rampant crab.’

Even better was his praise the year before for Frankie Bridge’s foxtrot with Kevin Clifton. ‘You floated like butter on a crumpet.’ Len Goodman cut Professional dancer Brendan Cole short as he attempted to defend himself in 2007. Pictured: Brendan with Charlotte Hawkins

Famous fans of the show include the Queen, Mary Berry and the Duchess of Cornwall, who even came to watch a dress rehearsal

Professional dancer Brendan Cole had a hissy fit on spin-off show It Takes Two in 2017 after head judge Shirley Ballas criticised his cha-cha-cha with Charlotte Hawkins.

‘If Shirley wants to swap places with me, I’m quite happy to judge and her to do that,’ he fumed.

On another occasion he reportedly shouted at Shirley and the two ended up ignoring each other.

In 2007 Len Goodman was having none of it when Brendan, paired with Kelly Brook, tried to defend himself against criticism. ‘You’ve had your say…’ the dancer began, before Len cut him short: ‘Just let your feet do the talking and not your mouth.’ 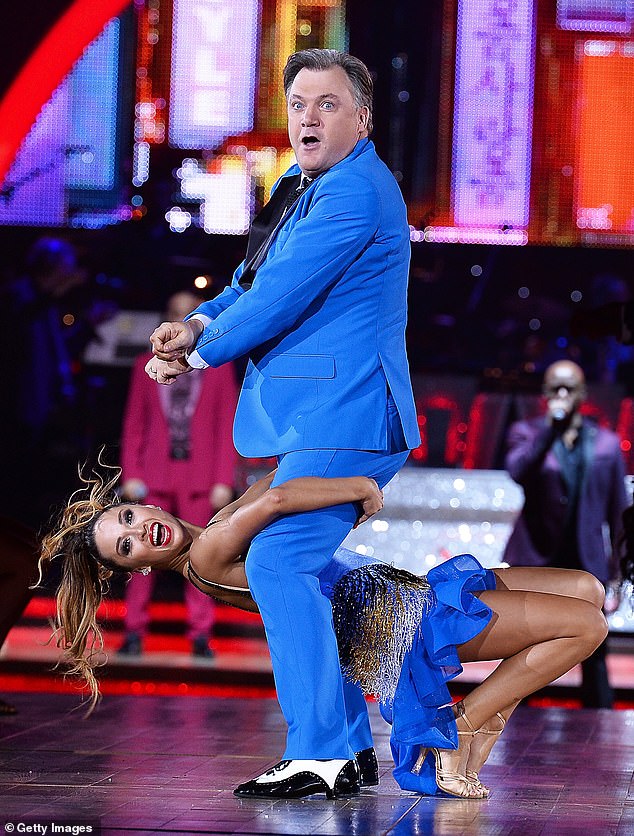 When former Labour shadow chancellor Ed Balls careered onto Strictly in 2016, I wrote in a review that he looked like Thomas the Tank Engine lost in a disco. And that was before his immortal version of Gangnam Style.

Ed galloped, whirled an imaginary lasso and lifted partner Katya Jones like he was hoisting a five-year-old at a children’s party. In a way it was admirable. Ed has the body of a chamber of commerce chairman, but the cheeky spirit of a 30s Hollywood starlet. 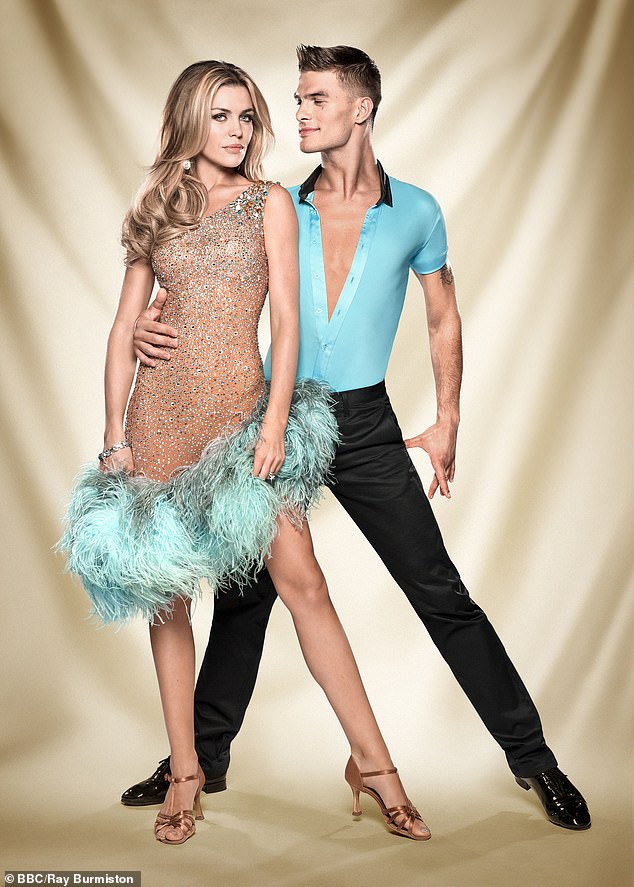 Ex-model Abbey Clancy described Strictly as ‘the most perfect experience I’ve had’ after winning the 2013 series. Pictured: Abbey with partner Aljaz Skorjanec

After winning the 2013 series, ex-model Abbey Clancy described Strictly as ‘the most perfect experience I’ve had’ – which is a little harsh to husband Peter Crouch. The judges heaped praise on her, with Bruno Tonioli calling her quickstep ‘absolutely dazzling in its brilliance’.

And even Craig Revel Horwood was wowed by her waltz in the final, saying it was ‘Gorgeous, darling!’ 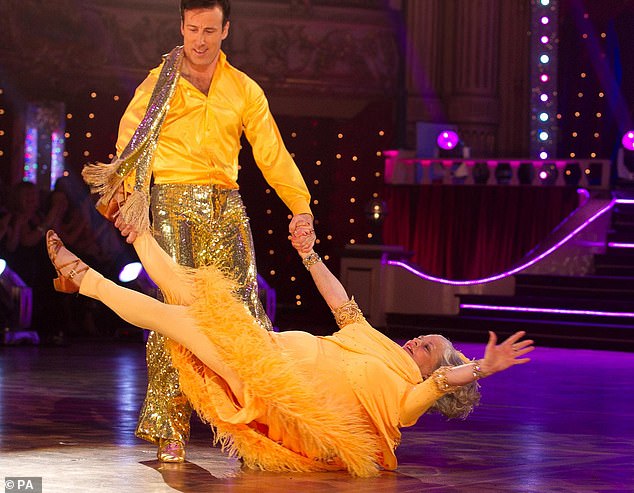 How Anton Du Beke didn’t slip a disc no one will ever know. Dancing to Wild Thing in 2010, the plucky prancer picked up former Tory MP Ann Widdecombe and whirled her around, then let go, sending her sliding across the floor.

She flung her hands behind her head and, seizing her wrists, Anton dragged her like a caveman with his bride. Len Goodman compared it to a car crash, saying, ‘You don’t really want to watch but you can’t help it.’ 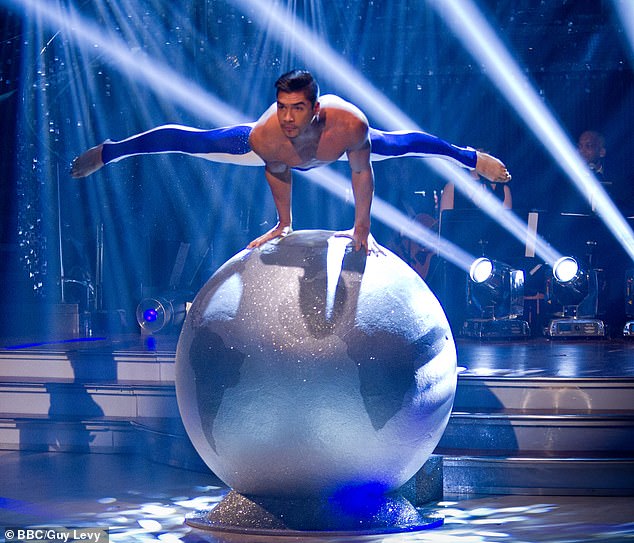 Olympic gymnast Louis Smith left audiences speechless, when he began his routine with a handstand on a giant globe (pictured) in 2012

Olympic gymnast Louis Smith left audiences speechless in 2012 with his showdance to Take That’s Rule The World with Flavia Cacace. Beginning with a handstand and acrobatics on a giant globe, he then pirouetted before flipping his partner into the air and holding her aloft, as if she weighed no more than a packet of spaghetti. 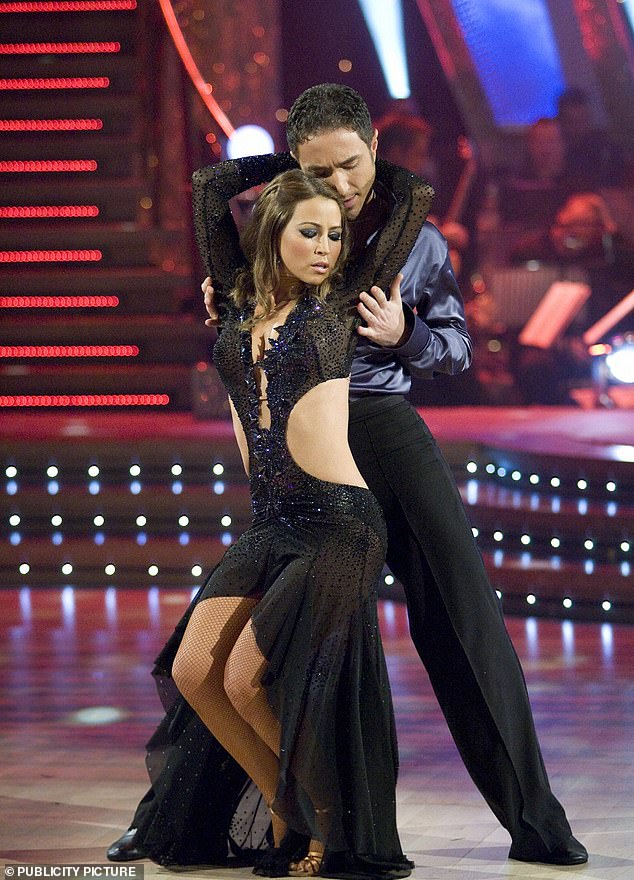 In a revealing backless gown, singer Rachel  Stevens launched into a sizzling rumba with her pro partner Vincent Simone in 2008.

They ended with a ferocious kiss, before she collapsed over his knee, totally spent.