If a trip to Canada’s Banff National Park wasn’t on your agenda before, it may well be once you’ve gawped at these incredible pictures.

They show the ethereal glacial lakes, stunning snow-capped mountains and enchanting forests inside the 2,464-square-mile area in Alberta in all of their hypnotic glory.

They were snapped by Vancouver-based photographer Kai Yhun, who visits Banff National Park several times each year to capture its wanderlust-sparking qualities.

His awe-inspiring pictures show the likes of the serene Lake Louise, the mighty Valley of the Ten Peaks and the breathtaking views from Morant’s Curve – a beauty spot where Canadian Pacific Railway trains can be seen snaking through the eye-popping landscape.

Kai, 26, told MailOnline Travel: ‘I love Banff, especially the mountains. Each one has such a unique form and I find them very inspiring. My favourite season to visit is in autumn when the climate and the atmosphere are just perfect.

‘Visiting Banff is a must for anyone who hasn’t been. If you love nature, the hikes are amazing.’ Scroll down and prepare to be seduced…

A breathtaking shot of Moraine Lake, one of Kai’s favourite spots in Banff National Park. He said: ‘I love how nature constructed such a perfect scene with the mountains, lake and forest. On a still morning, the reflection will take your breath away’ 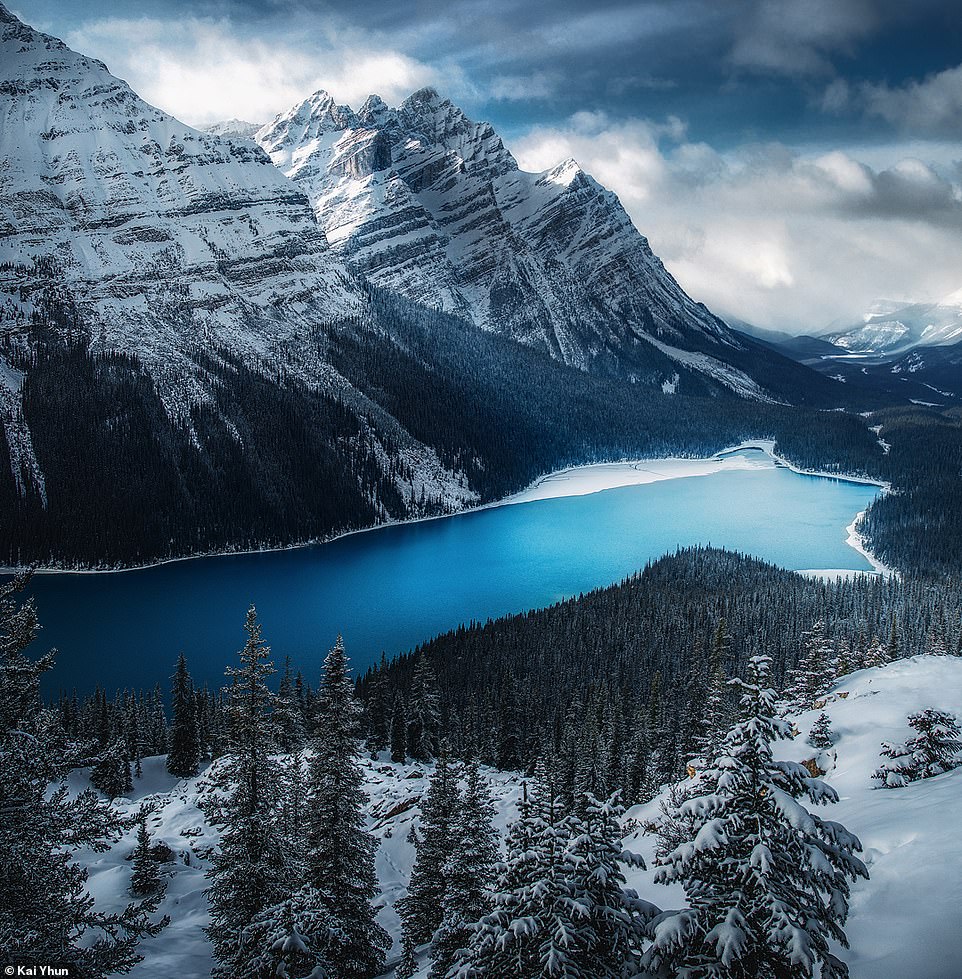 This jaw-dropping shot captures the vibrant blue waters of Peyto Lake, a glacier-fed lake named after Bill Peyto, a famous trail guide in the Banff area 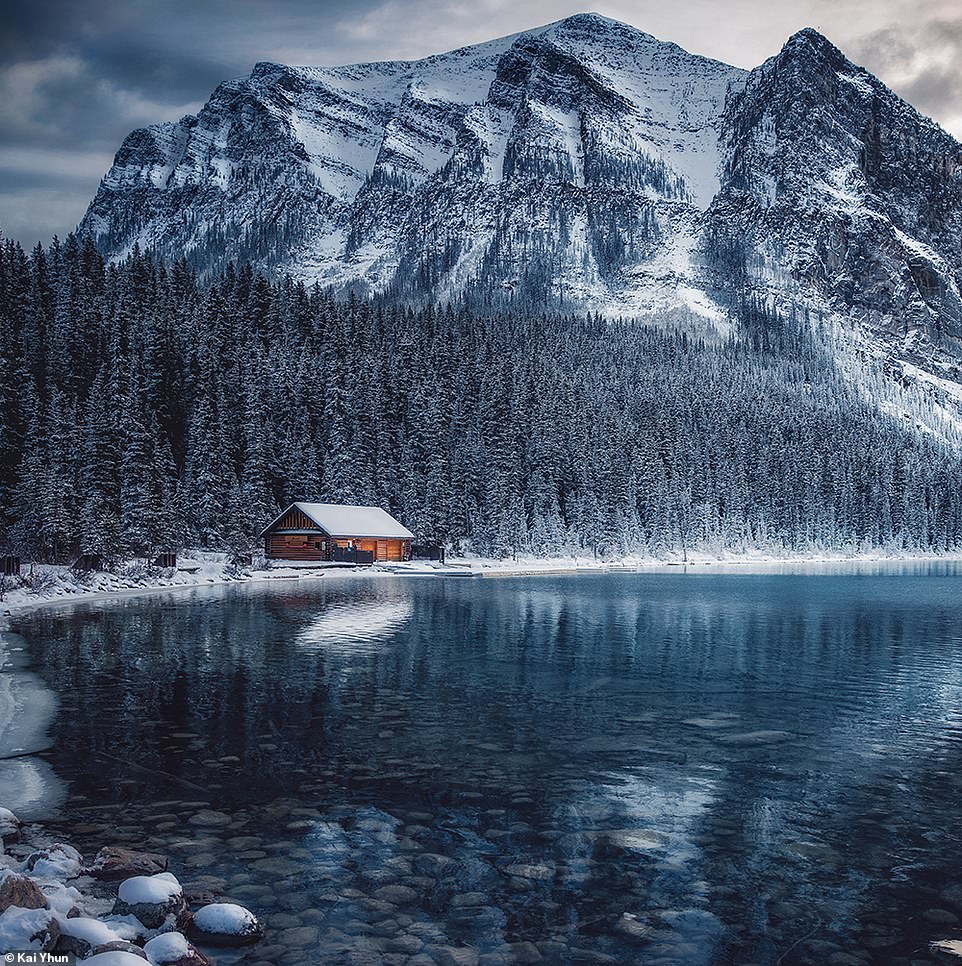 The ethereal Lake Louise amid a snowy backdrop. The lake is named after Princess Louise – a daughter of Queen Victoria. Kai says a lot of people who view his pictures describe them as ‘moody’ 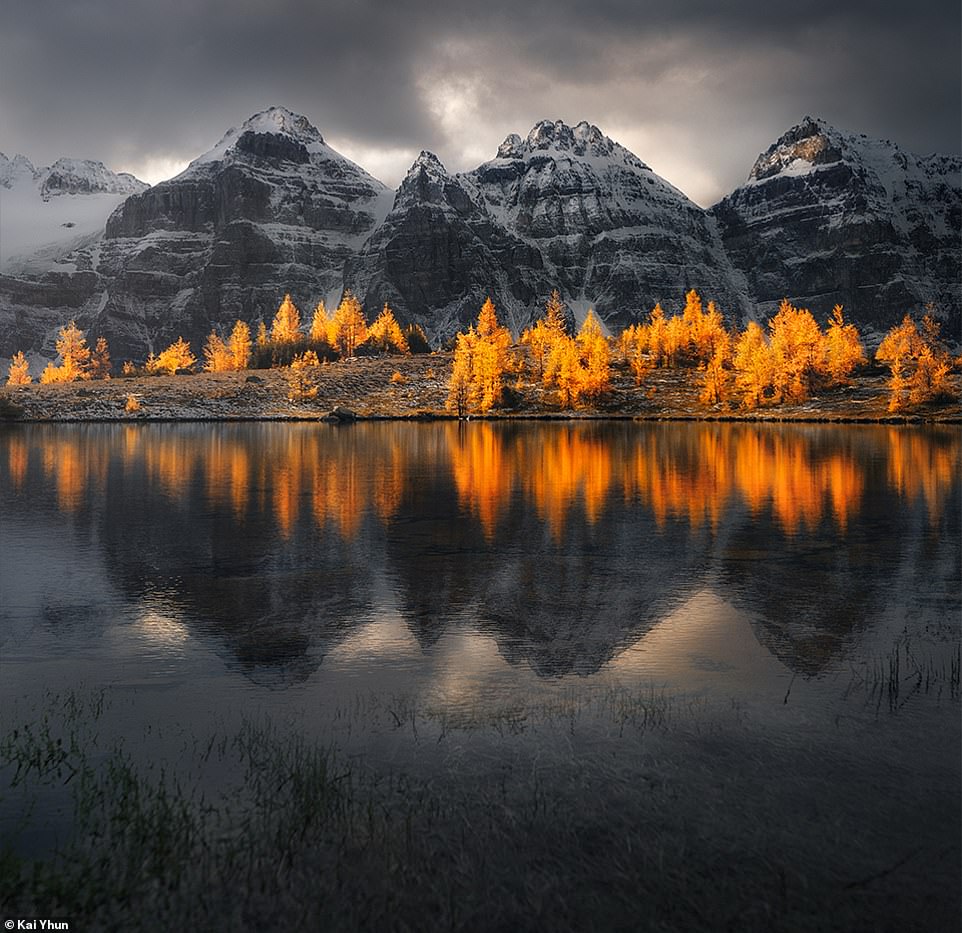 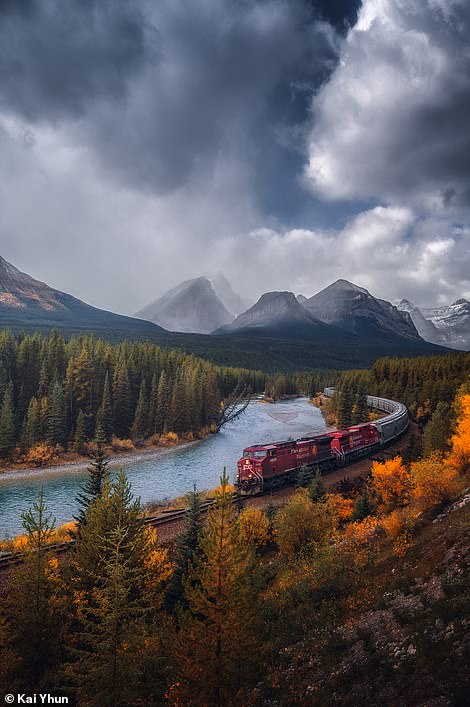 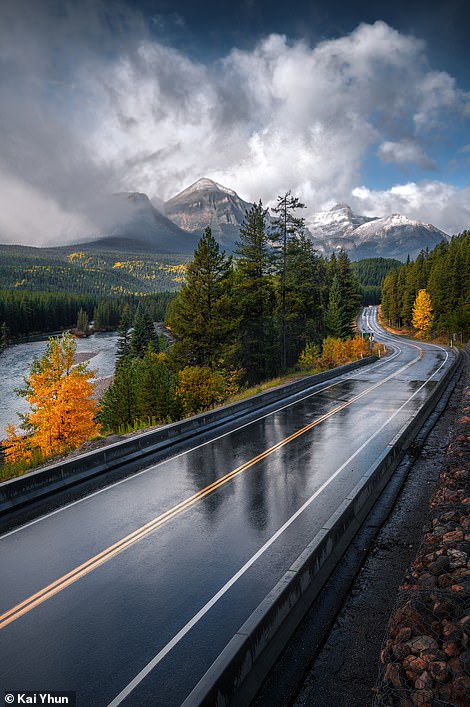 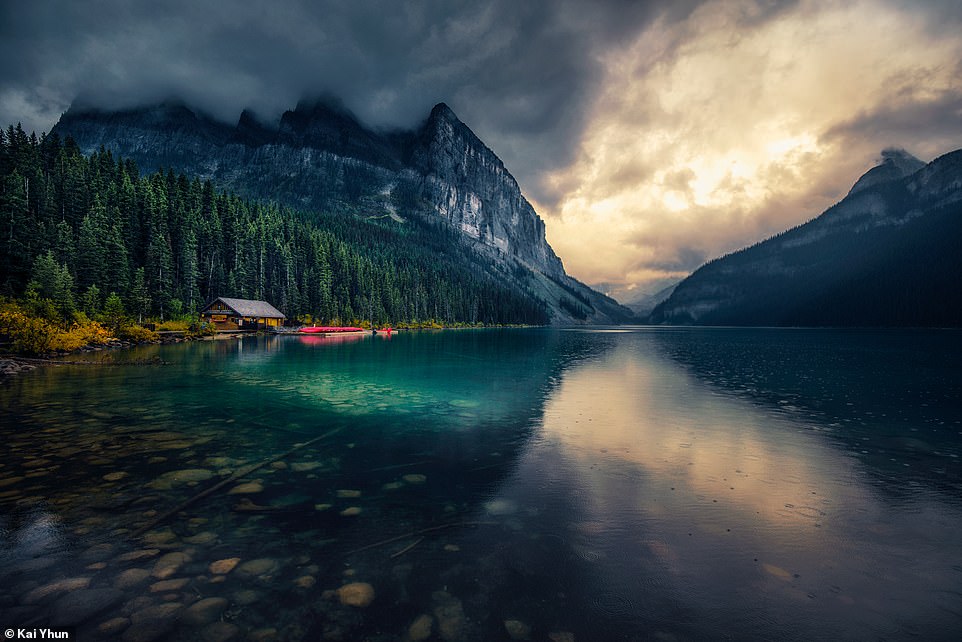 A jaw-dropping image of Lake Louise, which was incorporated into Banff National Park in 1892. The park covers an area of 2,464 square miles 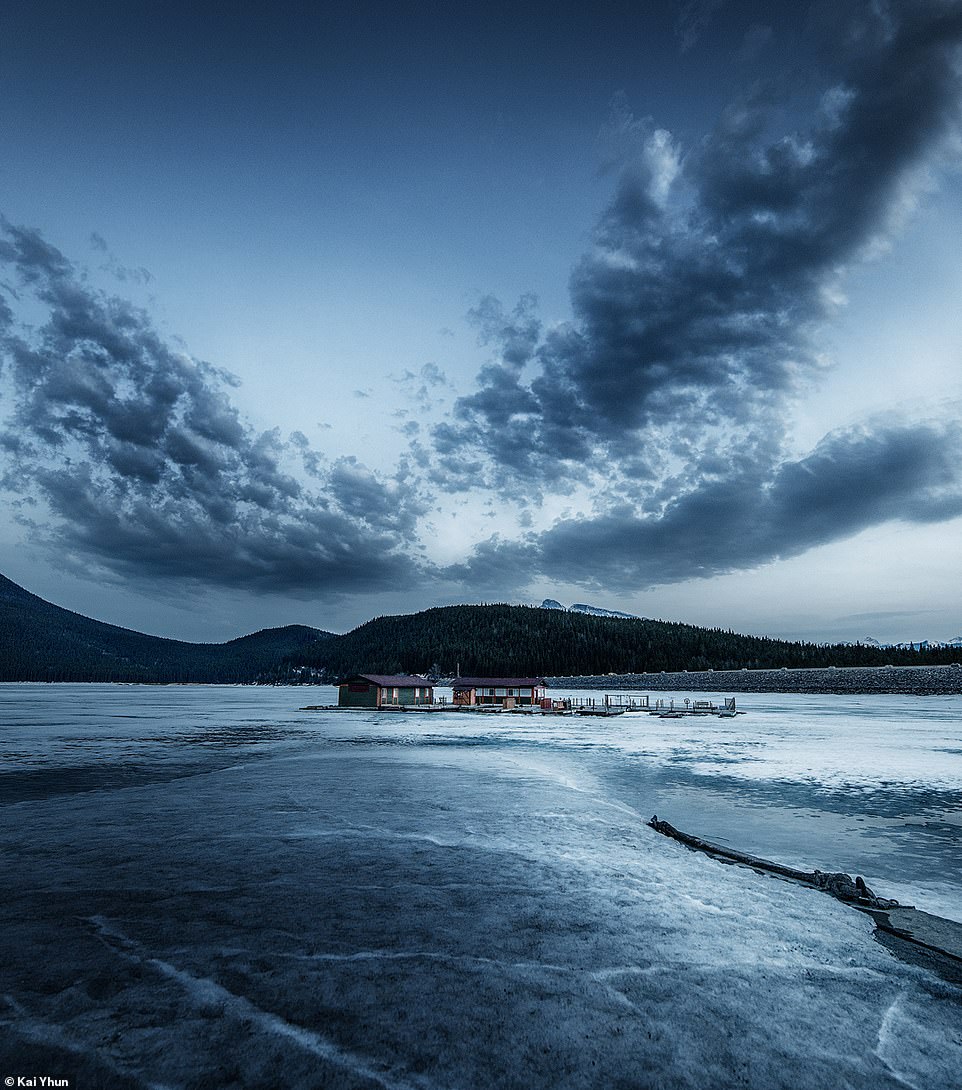 A frozen Lake Minnewanka. The Banff and Lake Louise tourist board says it is ‘a beautiful spot, popular for picnicking, mountain biking, hiking, canoeing, diving, and snowshoeing’ 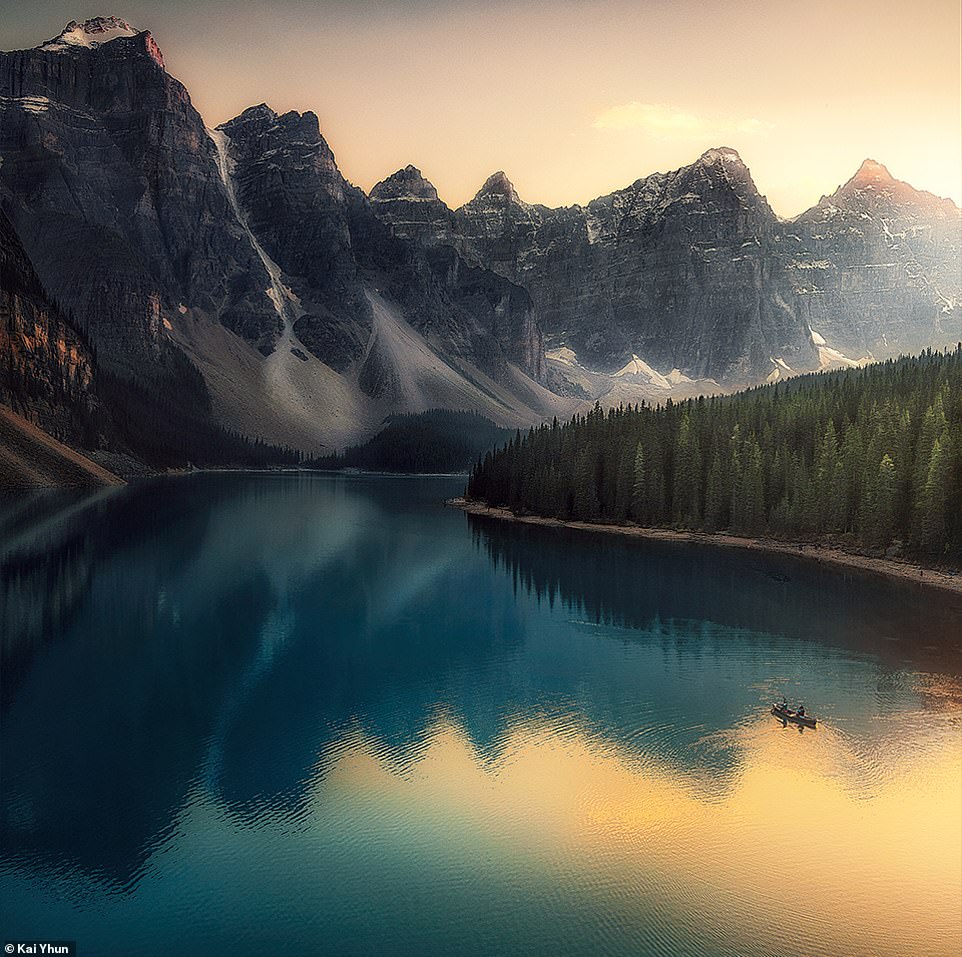 Kai said: ‘Visiting Banff is a must for anyone who hasn’t been. If you love nature, the hikes are amazing.’ Pictured is Moraine Lake and its lofty scenery 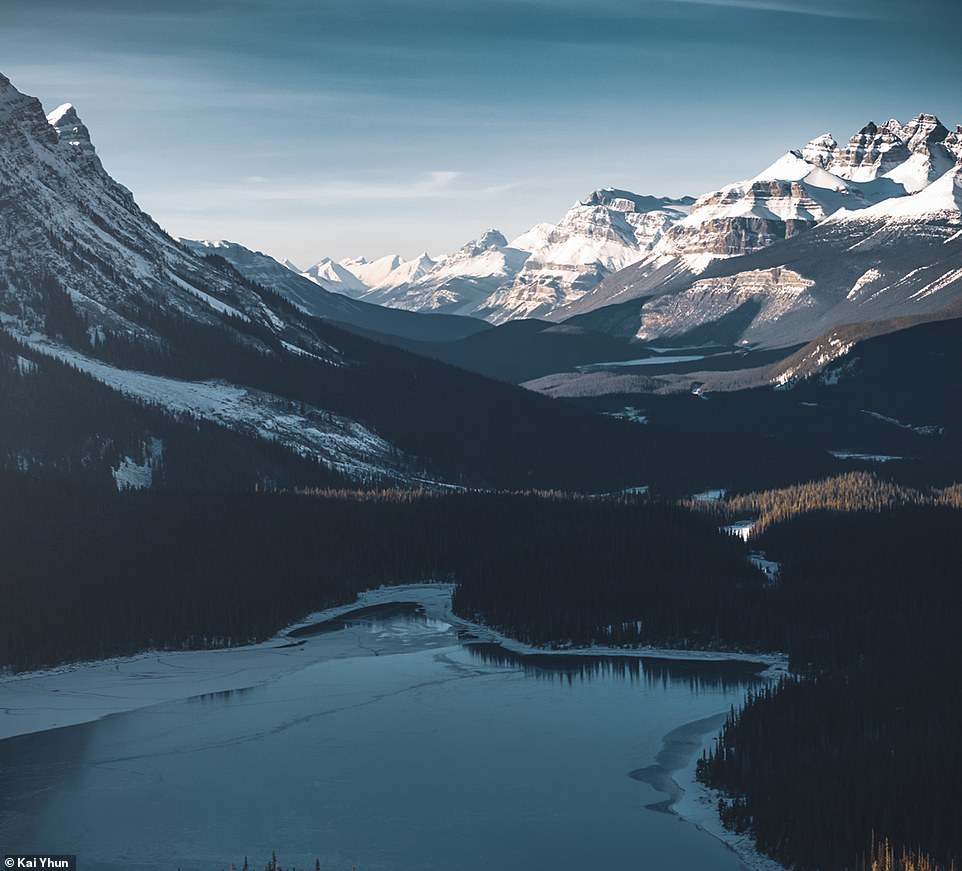