The combined wealth of the world’s top ten billionaires is greater than the total GDP of the 85 poorest countries on Earth, a study has found.

The world’s richest individuals including Jeff Bezos, Bill Gates and Mark Zuckerberg have a combined net worth of $858billion (£662bn).

Meanwhile, the 85 smallest economies in the world have a combined GDP of just $814billion (£628bn) – far behind a small handful of rich businessmen.

Their cumulative wealth is even higher than the GDP of developed countries such as Sweden and Belgium and the oil-exporting powerhouse of Saudi Arabia.

A graph showing the net worth of the world’s top ten billionaires and the countries with smaller GDPs than them, which include oil-exporting nations such as Ecuador and Oman 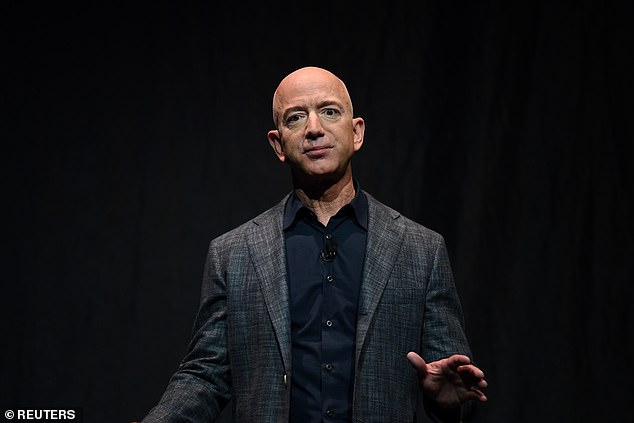 Jeff Bezos (pictured in Washington last year), the founder of Amazon who also owns the Washington Post, has a personal fortune greater than the GDP of Morocco

Richer than Morocco – GDP of $119billion

Richer than Ecuador – GDP of $108billion

Richer than Ecuador – GDP of $108billion

Richer than Oman – GDP of $77billion

Richer than Oman – GDP of $77billion

Richer than Ghana – GDP of $67billion

Richer than Myanmar – net worth of $66billion

Richer than Tanzania – net worth of $62billion

Richer than Tanzania – net worth of $62billion

The figures compiled by financial website Learnbonds.com have Bezos in top spot, with a net worth of $125billion.

That means his net worth is higher than the GDP of Morocco, which is the world’s 58th-richest country with a GDP of $119billion.

Bill Gates, who has held the title of world’s wealthiest man for much of the last 25 years, has an estimated net worth of $113billion.

The table puts his financial resources above those of Ecuador, an oil-exporting country which is the 59th-richest in the world.

The company was formed in 1987 when fashion giant Louis Vuittion merged with champagne producer Moet and French cognac firm Hennessy.

His net worth is estimated at $108billion, making him one of three people in the world with a 12-figure fortune.

It also makes him the richest non-American in a list dominated by US billionaires.

In fourth place is Warren Buffett, who has been chairman of Berkshire Hathaway since 1970 and made his fortune from the firm, which owns significant stakes in Apple, Coca-Cola and Wells Fargo among others.

Buffett’s fortune is greater than the GDP of the Dominican Republic, which is the 64th-richest country in the world and wealthier than several European nations including EU members Croatia and Luxembourg.

Zara founder Amancio Ortega, a Spanish billionaire who surpassed Bill Gates as the world’s richest man for a brief period in 2015, now comes fifth in the table with an estimated net worth of $77billion.

In the comparison table, that makes him richer than Oman, a Middle East oil powerhouse which also attracts many Western tourists. 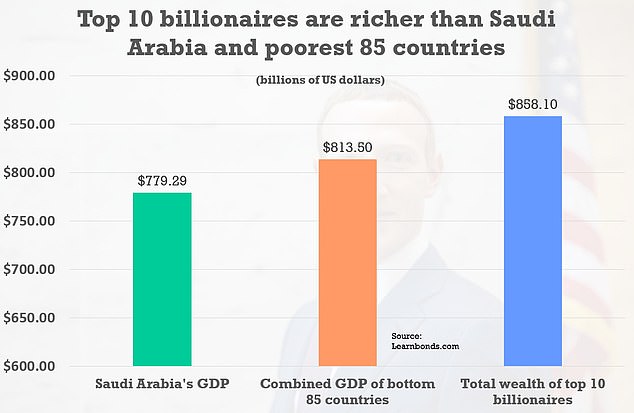 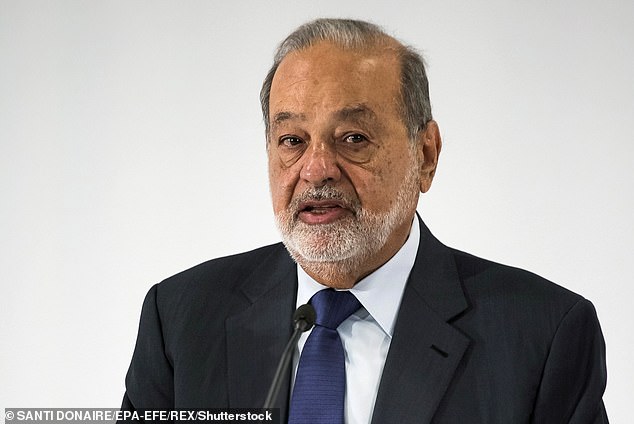 Also ahead of Oman is Facebook founder Mark Zuckerberg, who founded the social network while studying at Harvard University in 2004.

Zuckerberg has an immense $77billion fortune, although his leadership of Facebook has come under increasing scrutiny in recent years.

Seventh in the billionaire table is Larry Ellison, the head of technology firm Oracle, who has a net worth of $67billion.

His fortune makes him richer than Ghana, a regional powerhouse in West Africa.

Mexico’s Carlos Slim is next on the list, having also previously spent some time as the world’s richest man after overtaking Gates in 2010.

His Grupo Carso conglomerate includes property, manufacturing and the America Movil mobile network, while he is also a shareholder in The New York Times Company.

Slim’s fortune makes him richer than Myanmar in south-east Asia, which has a GDP just narrowly behind his $66billion wealth. 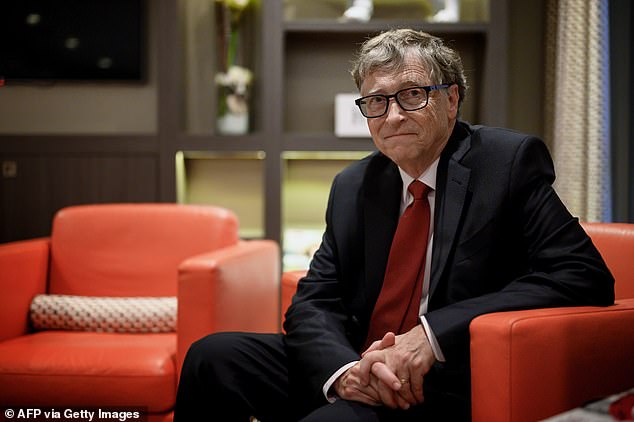 Bill Gates (pictured), who has held the title of world’s wealthiest man for much of the last 25 years, has an estimated net worth of $113billion – greater than the GDP of Ecuador 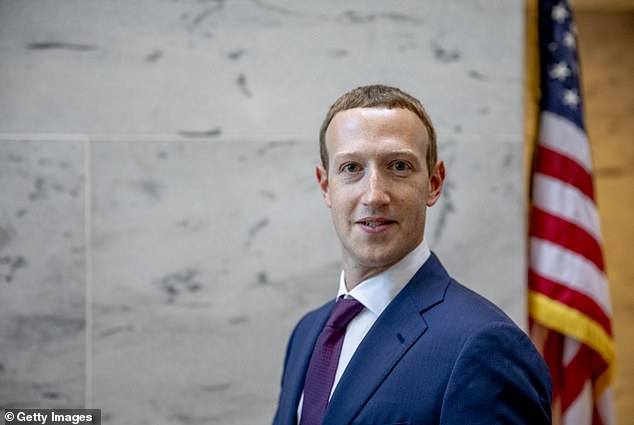 Facebook founder Mark Zuckerberg (pictured), who founded the social network while studying at Harvard University in 2004, has a personal fortune greater than the GDP of Oman

Ninth in the table of wealthiest individuals is Larry Page, the former CEO of Alphabet which is the parent company of Google.

Page founded the search giant along with Sergey Brin in 1998 and now has an estimated personal wealth of $62billion.

His fortune is greater than the gross domestic product of Tanzania, despite the African country’s large industrial and mining sectors.

Steve Ballmer, the former CEO of Microsoft who is now owner of the Los Angeles Clippers basketball team, is also believed to be richer than Tanzania.

If converted to GDP, the top ten billionaires’ combined $858billion wealth would make them the 18th-richest country in the world.

The elite club would be wealthier than large regional powers such as Saudi Arabia, Turkey and Iran and Western nations including Austria, Sweden and Belgium.