Police in Tenerife have arrested a hit-and-run suspect who killed a 10-year-old Irish boy holidaying on the island with his family.

The youngster was rushed to hospital critically injured on Thursday evening but died on Friday.

The suspect, who lives near the scene of Thursday’s incident, was held after investigators found the red Alfa Romeo 145 and is now being questioned by police.

The vehicle has a broken front headlamp and is believed to have been found a few miles from the Gran Sur shopping centre in Adeje where the youngster was hit as he was with his family.

An off-duty officer is thought to have raised the alarm after spotting the vehicle, sources claimed.

The suspect, who has not been named, lives in the municipality of Granadilla de Abona in the south of Tenerife.

Civil Guard officers looking for the suspect released hours before the youngster lost his fight for life: ‘Do you know who ran over a boy aged 10 and then fled the scene without helping him? 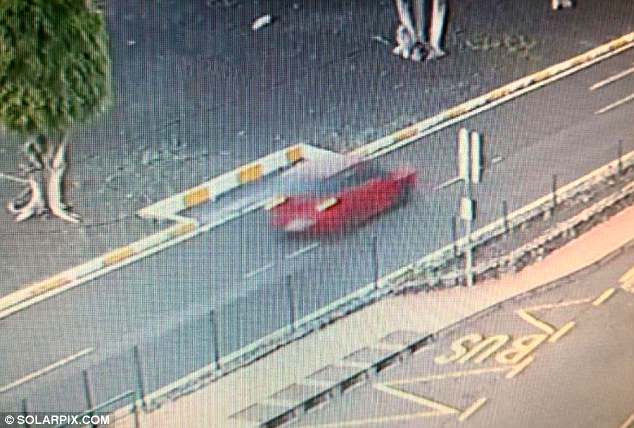 A 10-year-old Irish boy has died in Tenerife while on holiday with his family. Police on the island have released this photo of the suspected vehicle which is believed to be a Volkswagen

‘The youngster is fighting for his life in intensive care in hospital.’

The hit-and-run happened around 8.30pm on Thursday in a street called Calle Dublin in Adeje in the south of the island.

The youngster, who died at a hospital in the capital Santa Cruz de Tenerife, was coming out of the Gran Sur shopping centre with his family when he was hit.

He suffered head injuries and chest injuries which affected his right lung.

He was admitted to an intensive care unit at the University Hospital Nuestra Señora de La Candelaria from another hospital where he was initially taken.

He is understood to have died early yesterday evening.

Civil Guard officers are being assisted by Spanish National Police as well as local town-employed police in their hunt for the killer.

The youngster has not been named.

A spokesman for a regional government emergency response service confirmed immediately after the incident: ‘We received a call about a traffic accident involving a 10-year-old boy at 8.30pm on Thursday.

‘Two ambulances went to the scene along with a doctor and nurse from a nearby health centre. 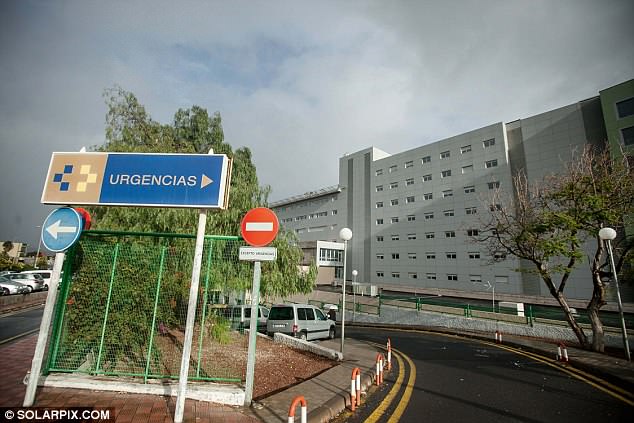 The boy was coming out of the Gran Sur shopping centre with his family when he was hit on Thursday evening. He died at Hospital La Candelaria the following day (pictured)

‘One of the ambulances rushed him to Hospiten Sur with multiple serious injuries. He was subsequently transferred to another hospital.’

It is believed the driver fled the scene without getting out of his vehicle to see how the youngster was.

A police-run Facebook page said: ‘Colleagues in Adeje are still working on trying to track down the person responsible for the accident in which a boy from Ireland has died.

‘National Police are helping in this task as well as Civil Guard and local police. The images are not great and several types of vehicles are being talked about including an Alfa Romeo.

‘The remains of glass at the scene are being investigated to see if the make can be pinned down.

‘With the police working on the case and the public’s help, we’re going to be able to find this person.’