‘Hope it was free admission’: Bernard Tomic sparks major backlash despite BEATING American tennis star – as fans accuse the pair of trying to ‘out-tank’ each other

Tennis bad boy Bernard Tomic has copped another almighty serve from furious fans, despite causing a boilover against one of the world’s biggest young guns at the Atlanta Open.

The controversial Australian ranked 106 in the world progressed to the second round after he upset US opponent, tournament fifth seed Frances Tiafoe in three sets.

But the bizarre 4-6 6-3 7-6 (7-4) victory against this year’s Australian Open quarter finalist left many fans and experts unimpressed as they accused both players of  looking disinterested in winning and trying to ‘out-tank’ one other.

Despite Tomic’s clinical display in an intense third set tiebreaker, angry fans took to social media to vent their outrage, describing the match as the worst game in the history of tennis and an insult to the sport.

‘Hope it was free admission to see this Tiafoe/ Tomic match, ridiculous effort,’ one fan tweeted.

Another added: ‘Worst game in the history of tennis this afternoon. Just a shame.’

According to New York Times writer Ben Rothenberg, Tomic put in the same effort as he did during his recent first-round loss at Wimbledon, where he was fined all of his $81,000 prize money for a perceived lack of effort against Jo-Wilfried Tsonga. 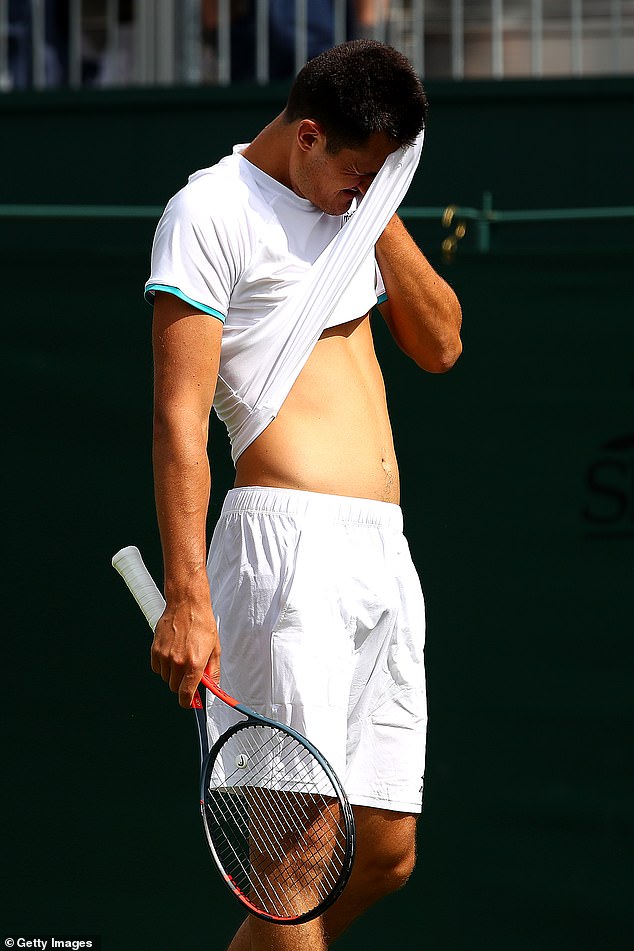 ‘Not ‘showing effort’ much more than he did when Wimbledon docked all of his pay, Bernard Tomic beats #5 seed Frances Tiafoe in a third set tiebreak in Atlanta R1,’ he tweeted.

But some fans were thrilled to see Tomic win.

‘I never thought I would be happy to see Tomic win but I was this time. Just so I don’t get to see Tiafoe’s annoying muscle pointing, chest thumping over the top victory celebration. Thank you, Bernard! And for that, go win some more,’ one posted. 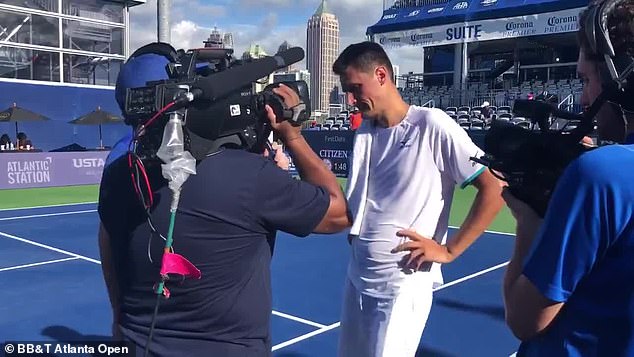 The encounter was the first time Tomic and Tiafoe had gone head to head.

Tiafoe is the highest-ranked scalp Tomic has claimed so far this year in his first tournament since Wimbledon.

‘That’s how I play – I always try to do something different,’ Tomic said in his post-match interview when asked about his ‘crafty’ shots’.

Once ranked 17th in the world, Tomic takes on fellow Australian Matthew Ebden on Thursday. 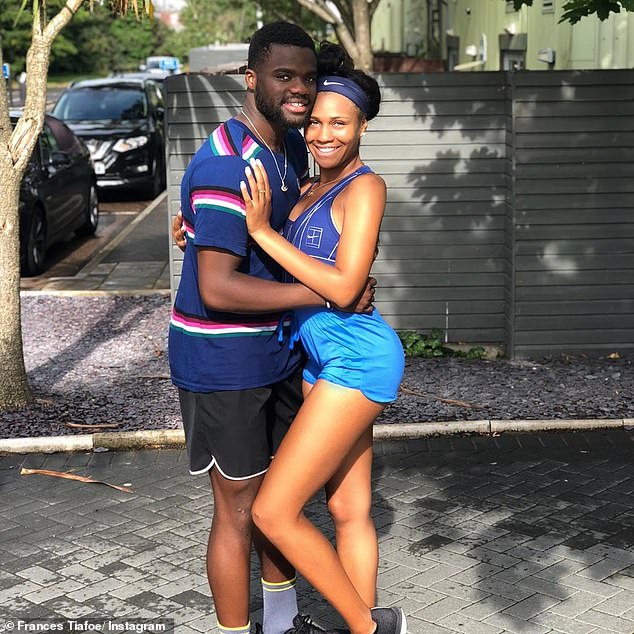