Australian tennis champ Samantha Stosur, 36, vows to keep playing grand slams despite being a new mum after her partner gave birth to a baby girl

New tennis mum Samantha Stosur has dismissed talk of retirement, instead hoping her new-found family bliss may even prolong her career.

Australia’s former US Open champion has decided to take the rest of 2020 off to saviour the joys of motherhood after her partner, former Fed Cup physical therapist Liz Astling, gave birth to the couple’s first child, daughter Evie, last month.

But the one-time world No.4 now, ranked 97th, is vowing to play on for at least another year.

Those who know her best say Stosur has never looked happier, or more relaxed, and the 36-year-old hopes off-court contentment translates to more on-court successes – and perhaps an Indian summer to put the exclamation mark on a truly distinguished career.

‘Many players have done this same thing and I think the resounding comment is ‘I actually played better and I enjoy it’ and you come off the court and you don’t worry about whether that was a bad loss, or whatever happened on court,’ Stosur told Tennis Australia.

‘You go out there and all that matters is being with them. I think that’s certainly going to be the case for me.

‘Probably help relax me a little bit more as well because there is something bigger and essentially more important than that one tennis match that you’ve just played.

‘It’s making sure that they’re okay and you want to be with them.

‘I’m actually looking forward to that prospect and being able to play, do my job, come home or if we’re on the road travelling, and enjoy those moments with her because I think that’s something that’s going to be very special.’ 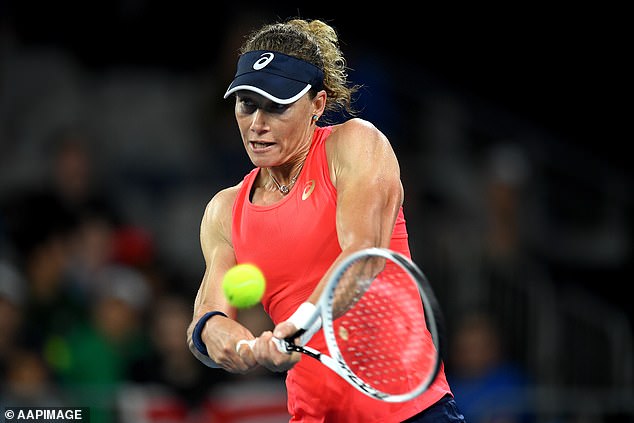 The 2011 US Open winner’s partner Liz Astling gave birth to the couple’s first child, daughter Evie, in June with those close to the tennis star saying she has never been happier 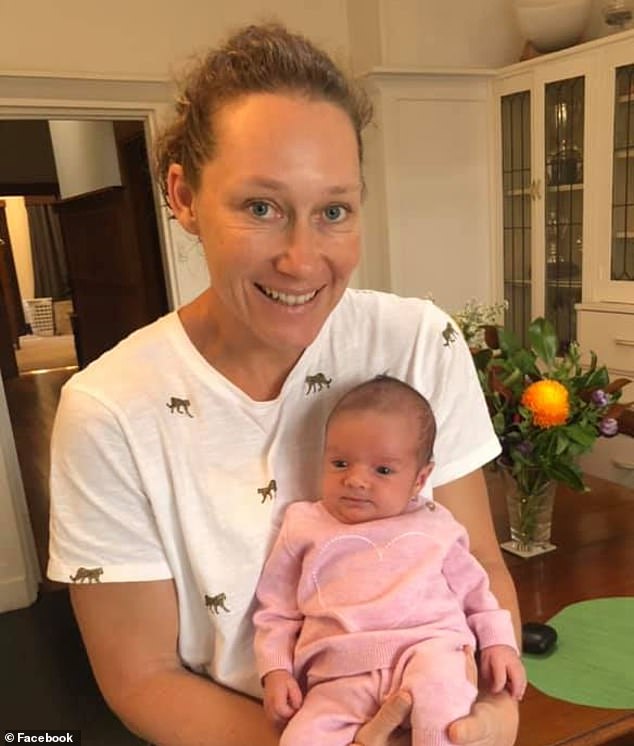 Stosur says motherhood is ‘absolutely amazing’ and plans to cherish her daughter’s early milestones before returning to her day job next year.

‘I could not have imagined it would be this incredible,’ she said. ‘She’s just an absolute gem.’

Triumphant over the great Serena Williams in the 2011 Flushing Meadows final, Stosur is Australia’s first big name to formally announce she won’t be contesting this year’s US Open.

But she may not be the last, with world No.1 Ashleigh Barty having expressed concerns about the New York grand slam going ahead as scheduled from August 31 despite the coronavirus pandemic.

Nick Kyrgios says the USTA is being ‘selfish’ for pressing ahead with the Open, while 2018 quarter-finalist John Millman is another doubtful starter.

‘With the schedule coming up, with COVID, with quarantine and with all the other things that you’re going to have to deal with, I’ve decided that I’m going to take the rest of the year off,’ Stosur said in her first interview since becoming a mum.

‘I’m going to stay here, enjoy being with my family, go through all those little milestones that Evie is going to have in the next six months and just really enjoy being home.’ 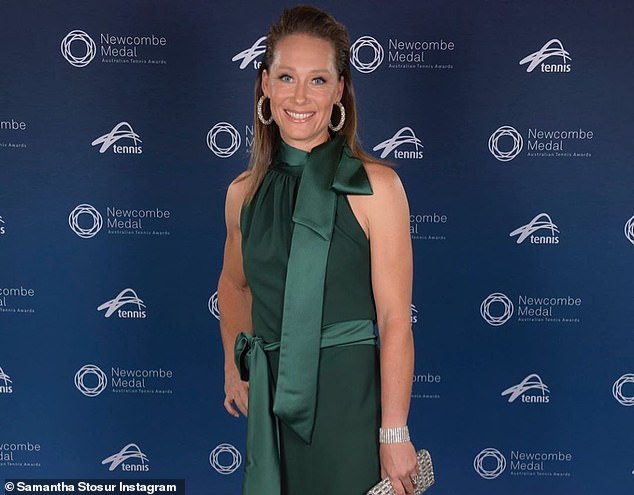 Triumphant over the great Serena Williams in the 2011 Flushing Meadows final, Stosur is Australia’s first big name to formally announce she won’t be contesting this year’s US Open