Viewers were left fuming after advert breaks and even an interview were cut across the action and people missed out on an entire game due to an overlapping ad break between games.

Federer’s opponent, Hyeon Chung was forced to retire through injury in the second set.

The 27-year-old’s contest with American David Wagner was snubbed for live TV coverage by a rerun of Bewitched and will instead be aired live via the 7Tennis website and mobile app.

The broadcaster, which hosts the Paralympic Winter Games in March, has been slammed by fans for its decision after promoting Alcott throughout the summer.

Alcott gave an inspiring interview after triumphing over fellow Aussie Heath Davidson 6-2 6-0 in their Australia Day showdown in the Rod Laver Arena.

He said: ‘Everybody watching on your TV screens, it’s my dream come true to be able to do this stuff. I’m loving it I can’t wait to hopefully go one more.

‘If you ask me if I would have an operation or stem cell research, there’s not enough money in the world you could pay me because my disability is part of my opportunity in life. I’m proud to be disabled and in a wheelchair.

‘For any other kid out there with a disability, just get out there and live your life.’

At the end, interviewer Nathan Templeton says how ‘us at Seven couldn’t be more proud of you’. 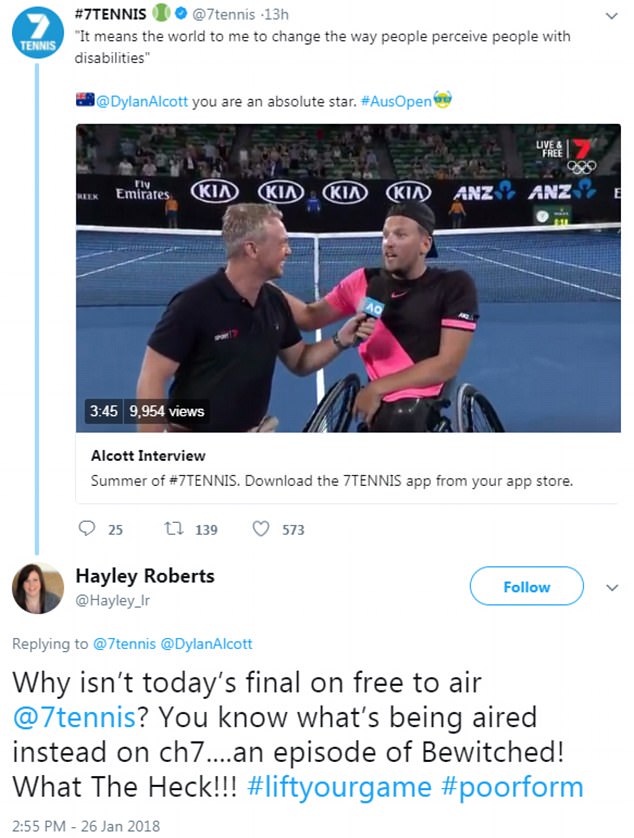 Viewers have criticised the channel’s coverage of the AO throughout the tournament.

Anger peaked during the men’s single semi-final between Federer and Chung on Friday night as advert breaks and celebrity interviews cut over the tennis.

At the start of the second set, viewers missed an entire Federer service game because of an ad break.

Alcott’s game was aired on live TV following Federer’s match which was cut short due to Chung’s retirement. 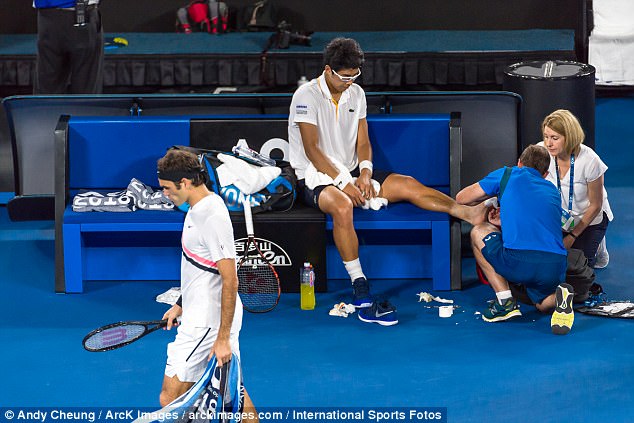 The decision to stick with the pair’s semi-final was hailed by many viewers.

Alcott is vying for his fourth straight Australian Open crown and won a gold medal in the quad doubles with Davidson at the 2016 Paralypics in Rio.

He thanked spectators for staying to watch the match, adding: ‘It means the world to me to change the way people perceive people with disabilities but see us as athletes who happen to be in wheelchairs.

‘To get the opportunity to do that and with my best mate Heath Davidson, it was a dream come true.

‘I look forward to coming back here on this court tomorrow and hopefully win another Australian Open for all the people who have supported me.’ 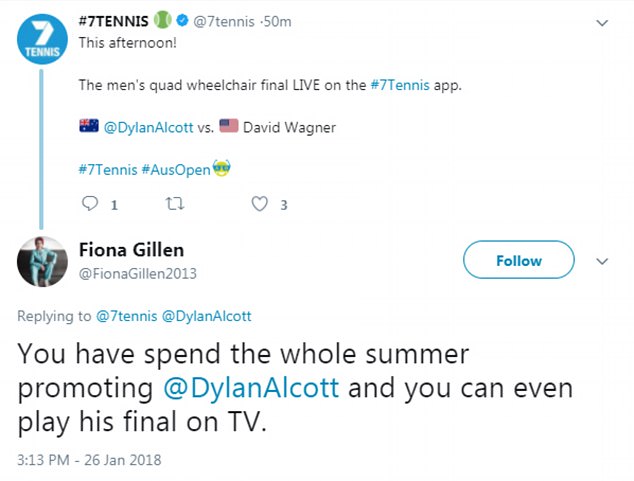 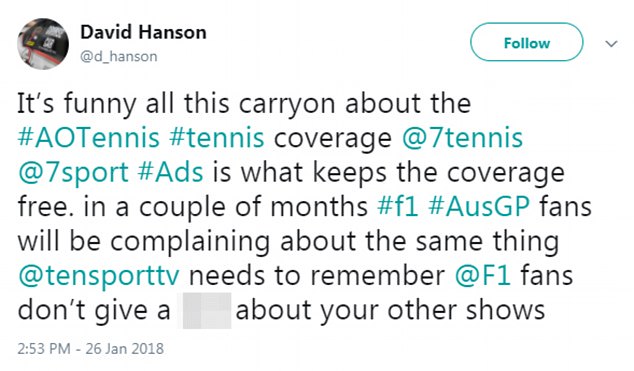 But many people have come out in anger at the decision to show Alcott’s final live online and via the 7Tennis app rather than on live television.

Twitter user @Jac1010 said: ‘Well done on some coverage. Very disappointing our Olympic gold medalist and former Aus Open winner doesn’t trump a rerun of Bewitched on free to air TV? If this is where things are at, we’ve got our priorities WAY out of whack.’ 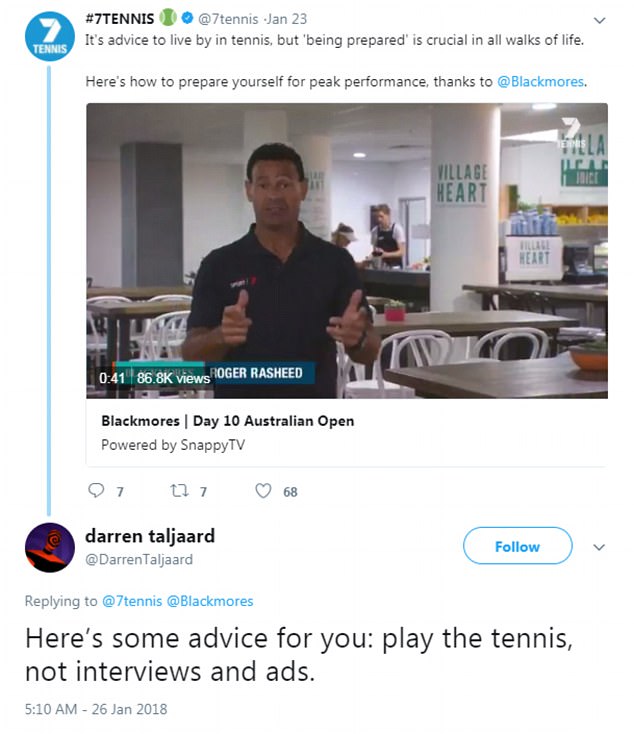 Andrew Newton said: ‘Thanks for staying with the men’s quad semi this evening. Please show the final on TV in addition to theapp, and not only on the app. A very impressive game this evening. Give the guys the exposure they deserve!! Thanks.’

Another person added: ‘Good on @7Tennisshowing wheelchair tennis. Not a fan of tennis but geez that’s some skill and strength these guys have.’

Earlier in the evening, viewers had called for Channel 7 to lose its rights to the coverage.

‘It’s time for Channel 7 to lose the rights to the tennis if they can’t cover our amazing sport properly,’ Nathan Chisholm said. 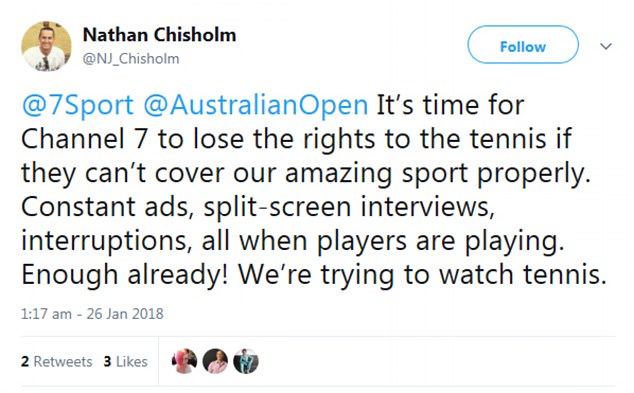 David McGregor added: ‘For your appalling coverage of tonight’s tennis match I so hope you lose the rights to the tennis and give someone else a chance to do it correctly, just show the tennis, It’s not that hard, all the other stuff is crap, do not show adds while there is live action, idiots.’