Tennis legend Pat Cash has clashed with Karl Stefanovic as he jumped to the defence of Australian Open players holed up in hotel quarantine.

Around 72 players who have arrived in Melbourne for next month’s grand slam are unable to practice or leave their hotel rooms for 14 days after they arrived on one of three charter flights with an infected case of coronavirus.

Cash, an former Australian tennis champion is also in hotel quarantine as the coach of China’s number one player and women’s world number 34 Qiang Wang, who made it the fourth round of last year’s tournament.

The pair weren’t on any of the three affected flights and were escorted out of hotel to practice on Sunday.

Cash has expressed sympathy for the 72 players who weren’t so lucky and says the men will find it the toughest, which left Stefanovic unimpressed.

‘I felt really, really sorry for the other flights, certainly there this is not something they intended to happen and you know it makes it really particularly tough for the men who have to sit in the hotel room for two weeks and expect to play five sets in  in what could be extreme conditions,’ Cash told the Today Show on Monday.

His comments sparked an angry reaction from program co-host Stefanovic, who accused some players of behaving like ‘pork chops’.

‘Pat I get what you are saying but my concern is this, some tennis players don’t get it,’ a concerned Stefanovic began.

‘We are in the middle of a pandemic and the tournament is going ahead which I think is a miracle from Tennis Australia, they have done an incredible job.

‘You have some of the players as you would know carrying on like absolute pork chops. Why should they be treated any differently from anyone else, if they breach shouldn’t they be sent home?’ 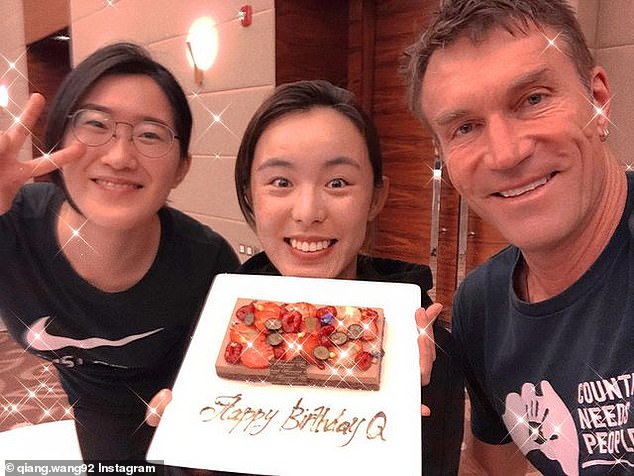 Cash, a two-time Australian Open runner-up was quick to hit back and jump to the defence of the players.

‘I’m not exactly sure what you are talking about when you are saying the pork chops but I think we have been involved in this for about six months, travelling around the world and most of the players are very, very respectful.

‘They take their health extremely seriously. They obviously have come out to Australia knowing that something like this could happen but you know, I certainly – I have been on the road for six months

‘ I have never seen any player or any coach doing anything silly or outrageous to put anybody or certainly themselves or any of the players at risk. So I’m not sure exactly what incidents you are talking about.’

‘This is way more extreme than we are used to. We accept that.’

He continued to defend the players when Stefanovic pointed out there have already several breaches by players and their social media rants regarding quarantine conditions.

‘You are seeing some of the finest athletes in the world and they want to get out there and they are not used to being locked away and they realise if they are locked away, that their chances winning the Australian Open, which is what they came for is diminished severely,’ Cash said. 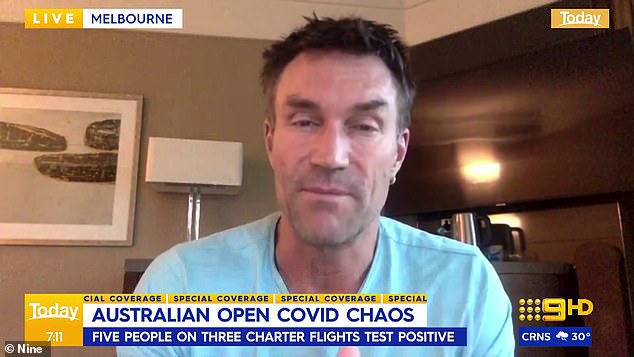