Tennis legend John McEnroe has called Margaret Court a ‘crazy aunt’ who ‘uses the bible to say what she wants’, as she is set to be honoured at a ceremony at the Australian Open.

The 77-year-old is being honoured during the 50 year anniversary of her 1970 season, when she won all four grand slams.

Court – a Pentecostal pastor and devout Christian – has caused controversy for saying she doesn’t believe gay people should be allowed to marry because the Bible does not condone it. 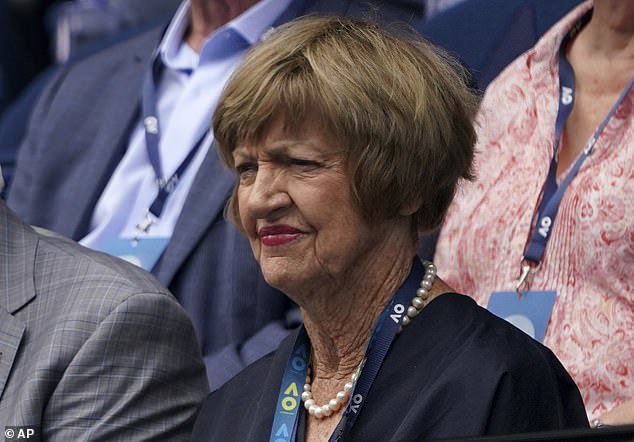 ‘There’s only one thing longer than the list of Margaret Court’s tennis achievements, it’s her list of offensive and homophobic statements,’ McEnroe said.

‘Margaret Court is actually a ventriloquist using the bible as a dummy to say whatever she wants.’

‘Serena, do me a favour: get two more Grand Slams this year and get to 25, so we can leave Margaret Court and her offensive views in the past, where they both belong,’ he said. 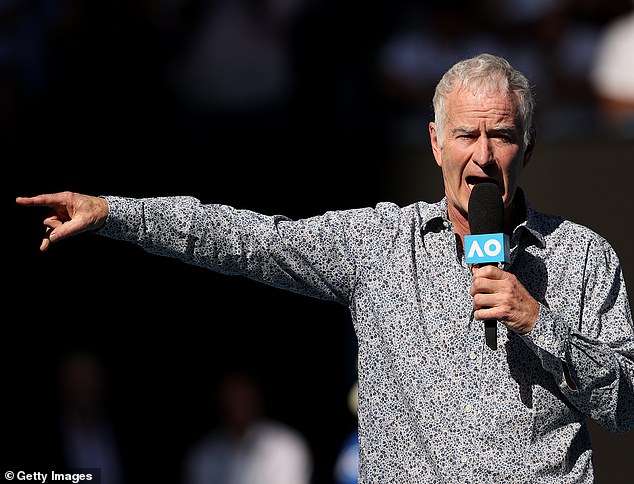 McEnroe is in Melbourne as part of Channel 9’s commentary team for the Australian Open. Pictured on court after Rafael Nadal’s match against Pablo Carreno Busta on Saturday

Tennis Australia separated themselves from Court’s beliefs when they announced her honour ceremony at the Australian Open in a statement in November.

‘Tennis Australia respects Margaret’s unmatched tennis career and welcomes her to the Australian Open, particularly in this milestone anniversary year,’ the statement read.

‘As often stated, Tennis Australia does not agree with Margaret’s personal views, which have demeaned and hurt many in our community over a number of years.

‘They do not align with our values of equality, diversity and inclusion. 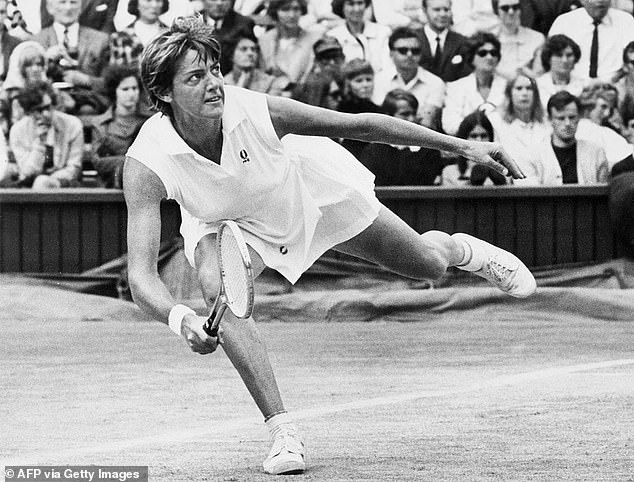 ‘It is hard for her family to understand how her current lifestyle would possibly affect her Tennis Career in any way,’ the statement reads.

‘It is disappointing to see Tennis Australia in the Open Letter amalgamating her sporting career which she won for her Nation.

‘We hope in this great Nation of ours that generations to come will continue to have freedom of speech to stand for what they believe in.’

Tennis Australia had set a precedent for the invitation earlier this year when Rod Laver was welcomed as a guest for the 50th anniversary of his 1969 grand slam.

Court’s honour ceremony will be held on Rod Laver Arena before world number one Rafael Nadal takes on Australian 23rd seed Nick Kyrgios in the fourth round. 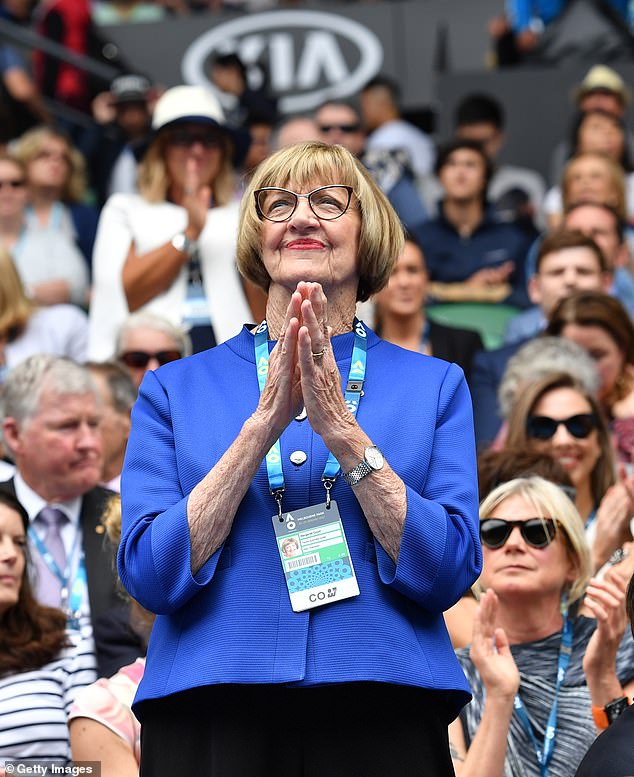