Tennis star Jordan Thompson opens up life off the court

He is currently vying for a men’s doubles title at his third Australian Open, but just a few years ago Jordan Thompson was a young orange boy being forced to sing to his teammates.

The pair went toe to toe in an intense five-set thriller that lasted over four hours, with Fognini ultimately taking the win.

Thompson’s frustration was evident throughout the match during which he twice slammed his racquet into the ground in front of a gasping crowd. 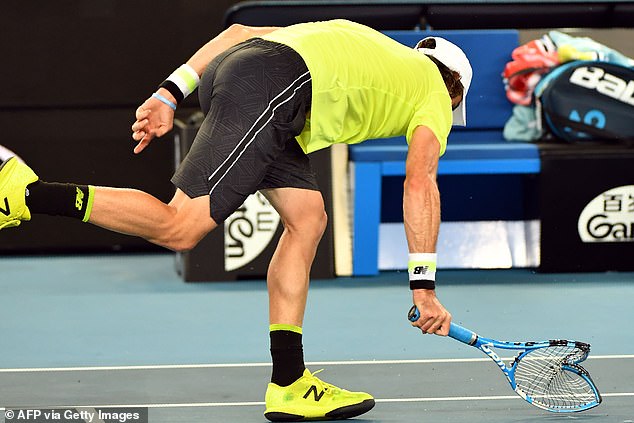 Thompson twice slammed his racquet into the ground in front of a gasping crowd, before gaining momentum in the match and claiming the next two sets

Earlier this month, Thompson took a hit with a first-round defeat at the ATP’s Qatar Open against Serbian Miomir Kecmanovic.

His rise to tennis stardom famously came about as somewhat of a fluke, when he became the first Australian player to defeat former no. 1 in the world Andy Murray at an ATP singles match in 2017.

At the time, Thompson was just 23 years old and had entered the Queen’s Club Championship through a lucky draw.

Over the years Thompson has managed to win over legions of fans for his talent on the court as well as his charm and ‘very Australian’ attitude. 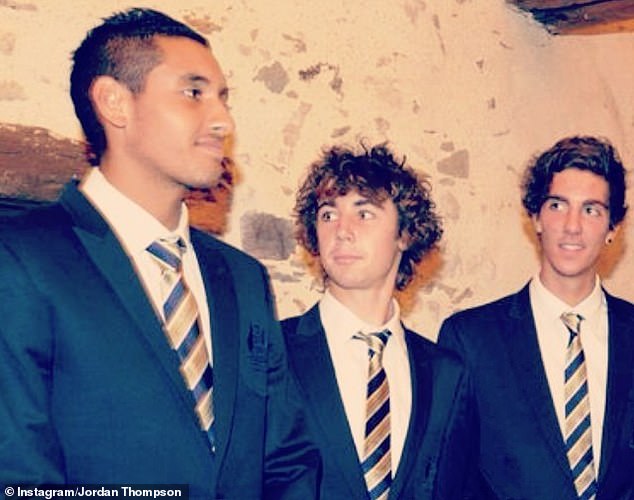 Thompson caught the attention of tennis fans in 2012, when he made it to the boys’ doubles final at the US Open alongside Nick Kyrgios (far left) – again at the French Open in 2017 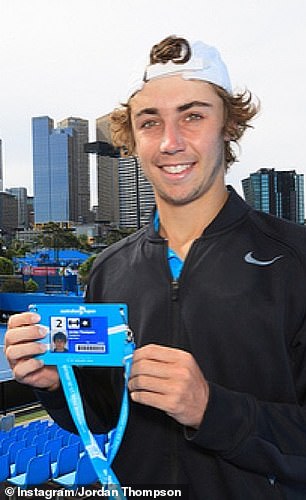 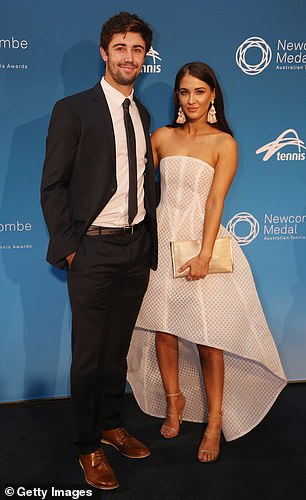 He began playing at the age of four with his father, Steven Thompson, a prominent tennis coach from Cherrybrook who won the Talent Development Coaching Excellence award in 2016.

Thompson was also among the players who represented Australia’s national team at the 2016 Olympics in Rio de Janiero and counts his participation in the Davis Cup as one of his biggest achievements.

He made his debut at the tournament as an orange boy in 2014, when he was made to sing viral song ‘What Does the Fox Say’ to his teammates at a formal dinner.

And as a testament to his true-blue spirit, he famously tattooed the Australian Coat of Arms and Olympic rings on his right bicep, which he now frequently flaunts on the court.

‘It means the world to me to play for Australia, with the tattoo on my bicep. I’m very Australian. I’ll do anything to wear the green and gold,’ he told Tennis Australia at the time. 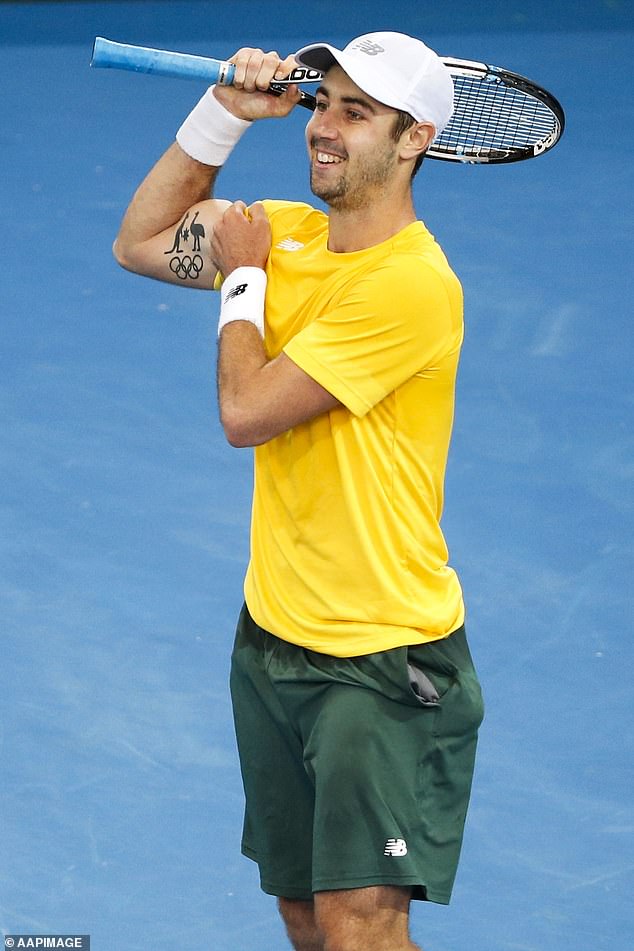 He caught the attention of tennis fans as a junior in 2012, when he made it to the boys’ doubles final at the US Open alongside Nick Kyrgios – again at the French Open in 2017.

In addition to his love for tennis, Thompson is also an avid fan of rugby league, which he constantly follows on his NRL mobile app for ‘every game, every minute.’

A self-described ‘Huge West Tigers fan’ as he now indicates in his Instagram bio, Thompson’s main focus appears to have always been sports, admitting he ‘absolutely hated school’ growing up with the exception of P.E. 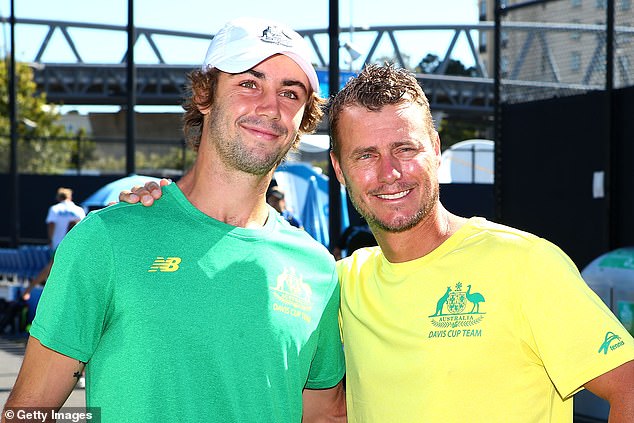 Thompson has also revealed he would probably be playing professional league if it weren’t for his stature.

‘I don’t think I’ve got the body frame to be a rugby league player, but I love the game,’ he said.

Thompson opened up on his life off the court in an interview with Fever-Tree Championships in which he admitted he still has his mum do his laundry.

‘The French Open was the last time I did it myself. When I do go home, that’s mum’s job,’ he said.

‘It’s no good. I throw it all in one, my whites are not white anymore.’

According to his player profile, Thompson’s has adopted the mantra ‘hard work always pays off’ and spends his spare time working out at the gym.

His Australian Davis Cup teammate John Peer branded him the ‘healthiest member’ revealing he sticks to apple juice at dinner.

The young star qualified for his first Grand Slam appearance at the 2014 Australian Open after a win against Australian Benjamin Mitchell.

The following year he earned a wild card to the 2015 Australian Open where he lost in the first round.

Thompson has collected over $2million in prize money over the course of his professional career.

He considers Australian Davis Cup captain Lleyton Hewitt his tennis idol and played doubles with the star at Wimbledon in 2016.

In 2018, Thompson was dating a American golf player Nelly Korda.