Tennis golden girl Ash Barty has served a brilliant response after the debate over changing date of Australia Day threatened to overshadow her stunning fourth round win at her home grand slam.

The world number one is into the quarter finals of the Australian Open for a second consecutive year after she survived a mid-match scare to down US world number 18 Alison Riske in a three set thriller on Melbourne’s Rod Laver Arena on Sunday.

Her 6-3 1-6 6-4 win coincided on Australia Day as debate raged around the country with divided opinion over whether the date should be changed from January 26.

A proud Indigenous Ngaragu woman, Barty delivered a classy response when asked to weigh into the debate at a post-match conference.

She said she was unaware of Invasion Day protests in Melbourne earlier in the day.

‘I’m an extremely proud indigenous woman. I’m a proud Australian. For me, it doesn’t really matter what day it is,’ Barty said. 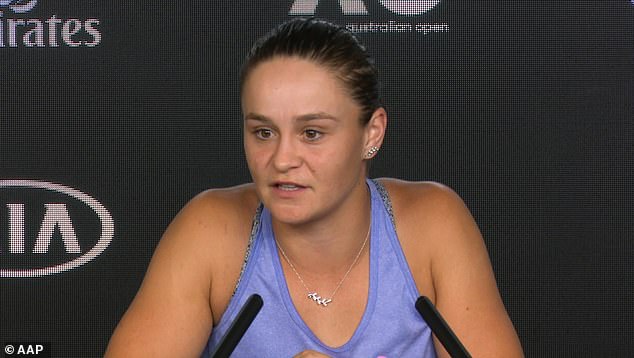 ‘It doesn’t really matter what day it is,’ Ash Barty replied when quizzed about Australia Day

The reporters’ questions followed an exchange with Channel Nine’s Jim Courier in her post-match interview, which later sparked online anger from fans.

‘So happy Australia Day. It is a special day for you especially,’ Courier said.

‘Yesterday you found out that you were the Young Australian of the Year. Congratulations. How did you find out about it and what does it mean to you?’ 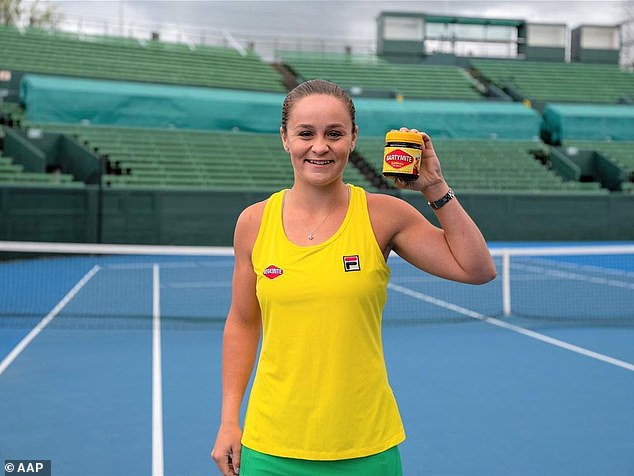 Barty replied: ‘Yeah, it was a surprise. Pat (Rafter) actually surprised me a couple of days ago, presenting me the trophy which is really special. It is extremely humbling.

Some fans took to social media to describe the exchange as awkward and give Courier an online roasting.

Another added: ‘Am I the only one who cringed a just a little bit when Jim Courier wished Indigenous Ash Barty a Happy Australia Day.’ 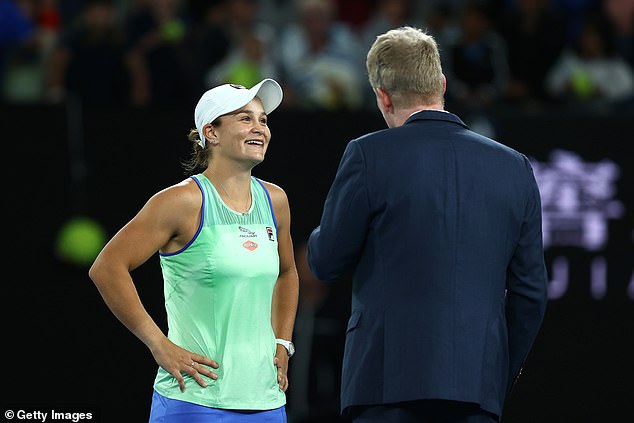 Barty said she wasn’t offended by Courier’s comments when asked by reporters.

‘Why should it be awkward?’ she hit back.

She repeated her earlier comments when grilled about Australia Day again.

‘It’s not for me to decide what day Australia Day is on,’ Barty said.

‘Like I said, I’m staying true to my values. I am extremely proud of my heritage. That’s going to remain the same every single day of every single year for the rest of my life. It doesn’t really matter what day it is.’

She hopes to become the first Australian woman to win the Australian Open since Chris O’Neil in 1978.

She now has a showdown with Czech world number eight and last year’s Australian Open runner-up Petra Kvitova on Tuesday. 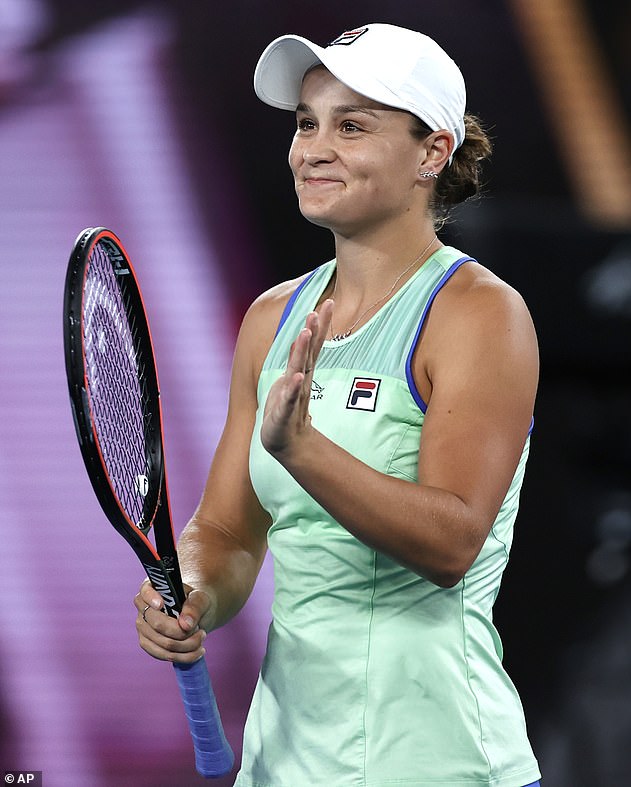