A sea of abandoned tents, gazebos and blow-up mattresses have been left behind by revellers at Reading Festival as the dreaded clean-up began today.

Stewards woke up to the daunting task of clearing 60,000 one and two-man tents from the campsite in Berkshire this morning, as well as piles and piles of litter left by festival-goers.

With most of the Bank Holiday weekend proving a total washout, teenagers celebrating the end of their GCSEs and A-Levels by dancing to the likes of Kendrick Lamar and Kings of Leon had to contend with mud bath mosh pits and heavy downpours.

More than 13,000 tents were dumped at the campsite along the River Thames last year, but this year’s collection is believed to be worth as much as £1million.

A sea of abandoned tents, gazebos and blow-up mattresses have been left behind by revellers at Reading Festival as the dreaded clean-up began today. As many as 60,000 one and two-man tents have been dumped on the site near the Thames 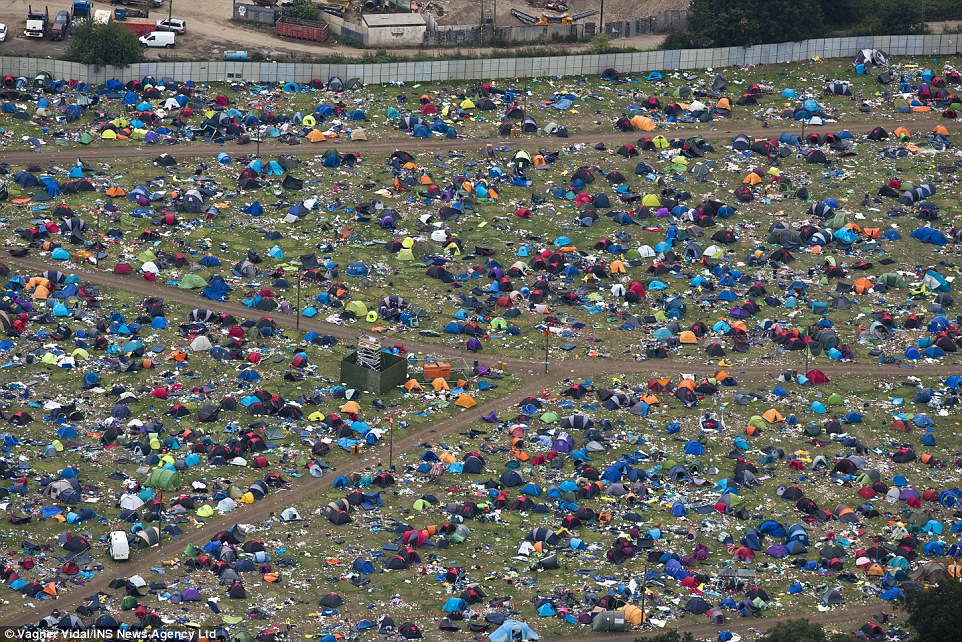 Stewards woke up to the daunting task of clearing 60,000 one and two-man tents from the campsite in Berkshire this morning, as well as piles and piles of litter left by festival-goers 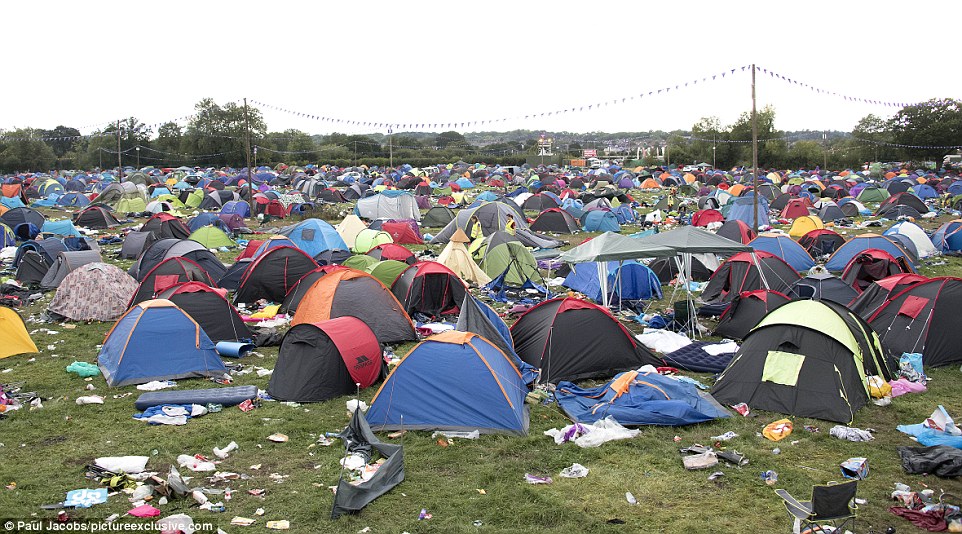 A sea of abandoned tents, mattresses and gazebos are pictured surrounded by rubbish after the end of Reading Festival

After the field has been emptied of them they are sorted by the Festival Waste Reclamation and Distribution charity who recycle them to give to the homeless and refugee groups.

But organisers, who have to fund the clear-up costs from ticket sales, said in a message on their website that most of the items removed from the site would be put into landfull rubbish dumps rather than be given to a good cause.

More than 100,000 people attended the three-day event with tickets costing up to £250 each.

In some areas, huge heaps of already-dismantled £30 tents could be seen while a sea of litter, dumped drinks cans and cardboard food containers was festooned across the huge site beside the town’s Rivermead Leisure Centre.

A spokesman for Reading Borough Council said: ‘The festival organisers oversee any clean up on the festival site.

‘The council cleans outside of the event area in the surrounding parkland and roads. The cost of any additional clean-up work required is covered by the festival organisers. This work begins on the Tuesday prior to the event and finishes on the Monday bank holiday evening, operating for 21 hours each day.’ 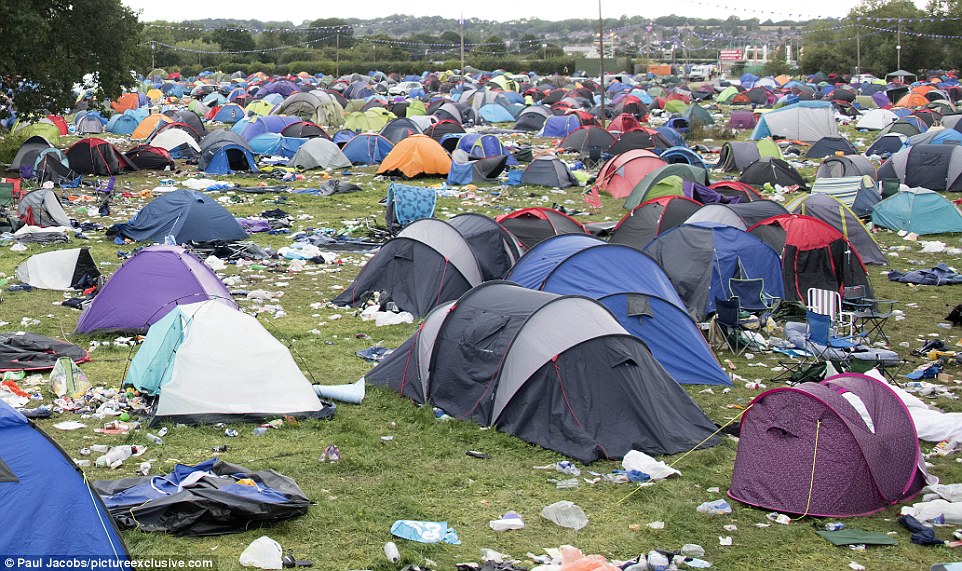 Every year festival-goers in Reading (pictured) and Leeds decide to lighten their load and leave their tents behind in the field, leaving stewards to dismantle them and dispose or recycle them 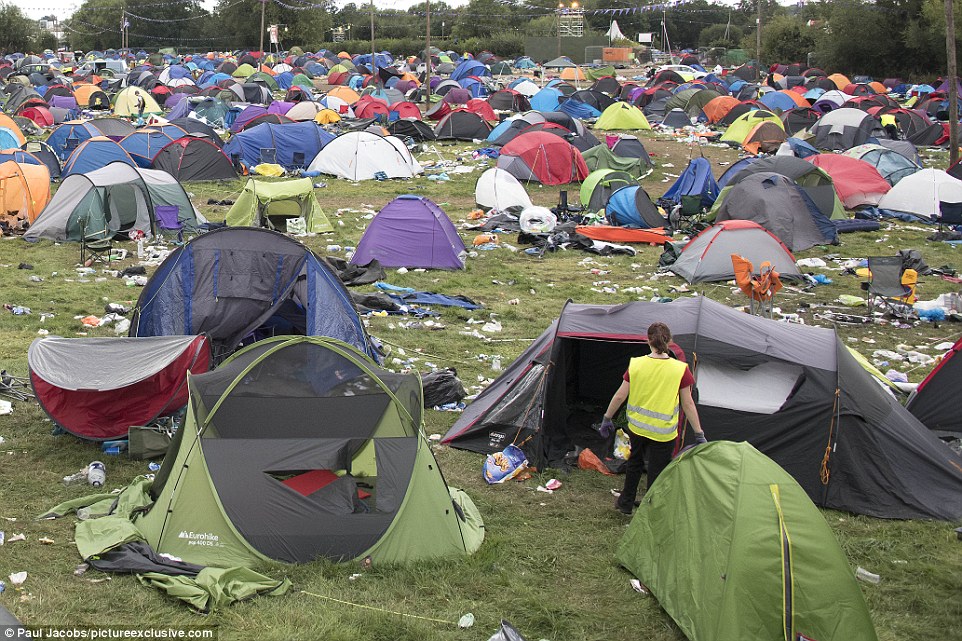 Thousands of tents have been left behind by revellers at Reading Festival. Along with tonnes of rubbish, chairs, gazebos, sleeping bags and blow up beds. Many are in good condition and come in all sizes. Along with the damaged ones, they would be worth hundreds of thousands of pounds 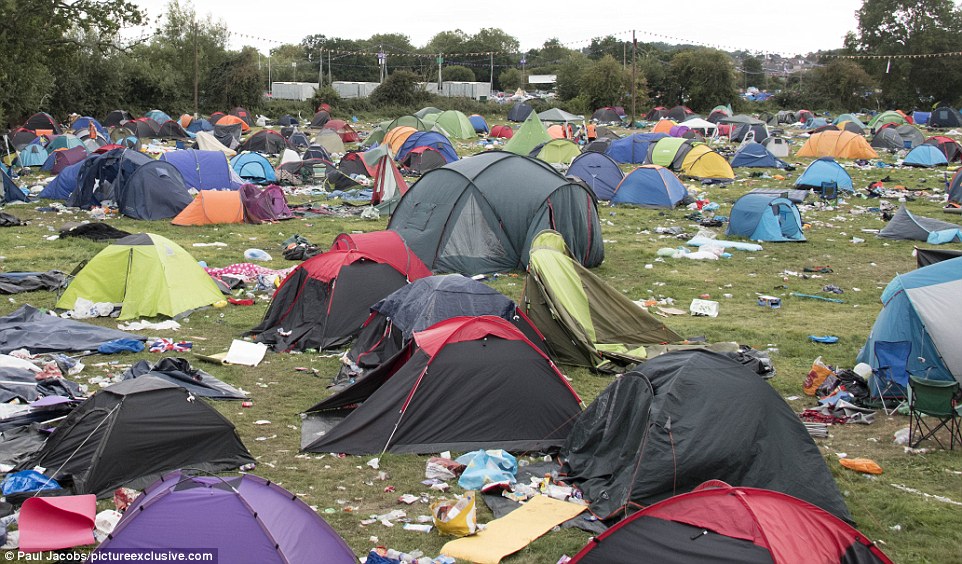 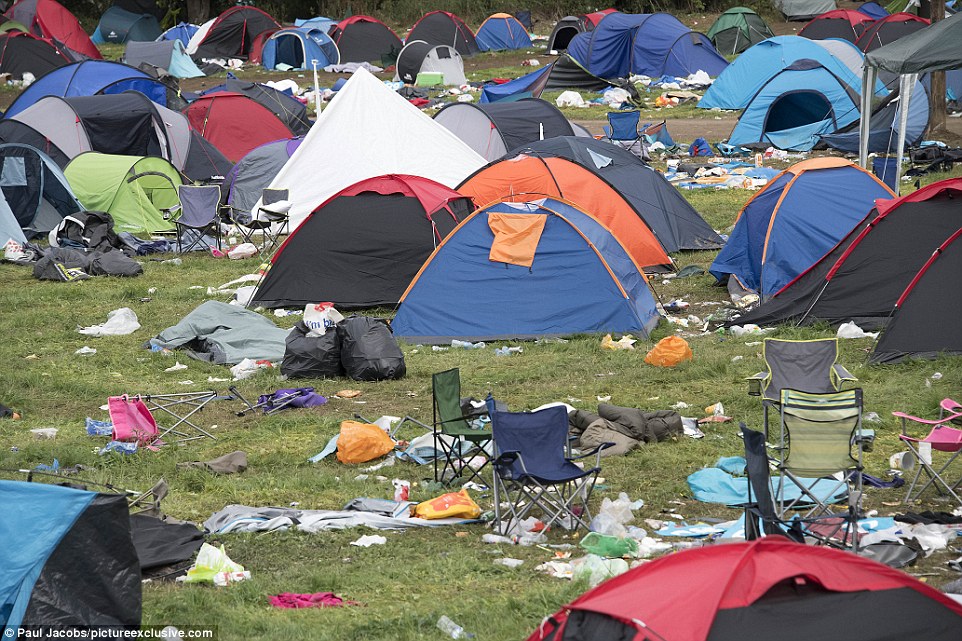 The clean up of the Reading Festival camping site started on the Bank Holiday Monday as it was emptied of festival goers. The camping equipment will be collected and sorted for use by Festival Waste Reclamation and Distribution who are a charity and give the undamaged equipment to the homeless and refugee support groups 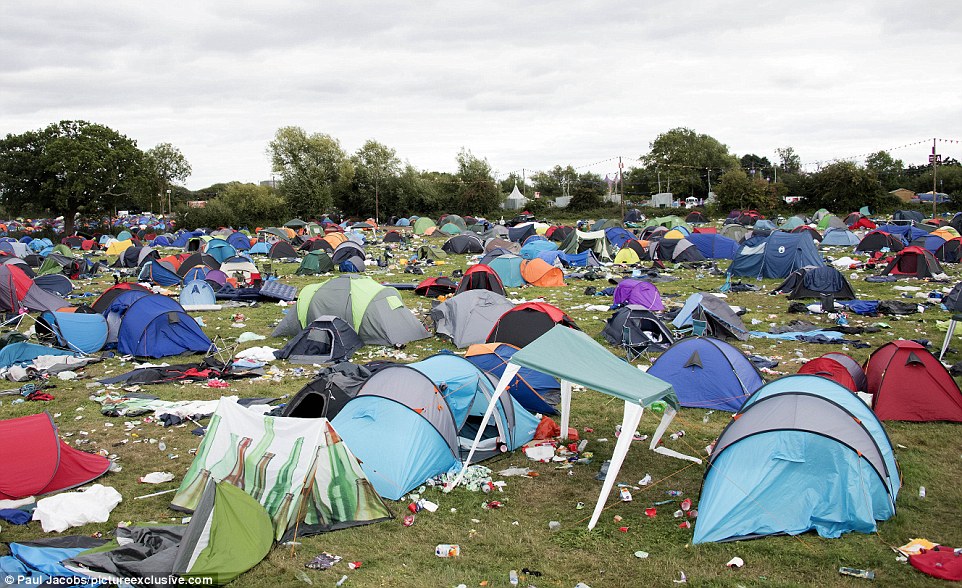 Last year over 13,000 tents were abandoned at the Reading Festival. This year’s clean-up will see 60,000 cleared away