Teresa Giudice’s boyfriend Luis Ruelas gushes over the RHONJ star: ‘I LOVE and adore every moment’

Teresa Giudice’s boyfriend Luis Ruelas gushes over the RHONJ star after a NYC date night: ‘I LOVE and adore every moment we are together’

Teresa Giudice hit the town with her boyfriend Luis Ruelas on Monday.

And the next day the businessman shared a series of photos he posted on Instagram. In the images, the two lovebirds are cuddling on a New York City street.

Date night: Teresa Giudice hit the town with her boyfriend Luis Ruelas in a series of photos he posted on Instagram on Tuesday

Giudice’s man, 46, expressed his love for her in his caption.

‘Date nights are the best nights with you,’ Luis began.

‘I LOVE and adore every moment we are together laughing and loving, There is absolutely no better feeling in the world!! Thank you for coming into my life’. 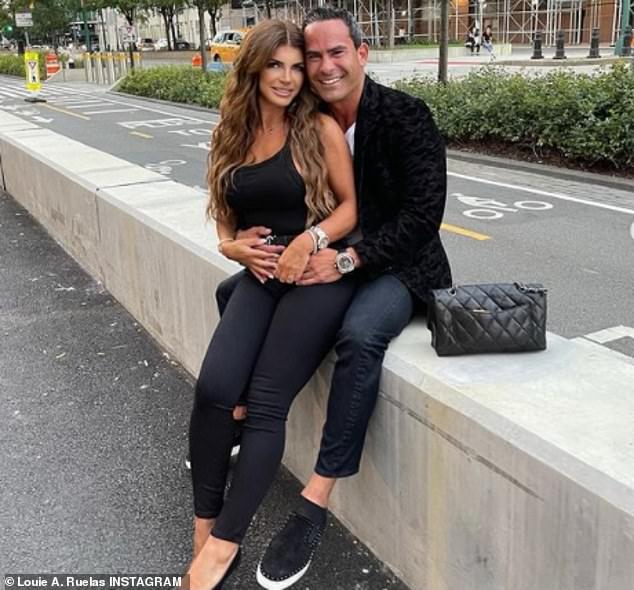 Taste for the finer things: The couple went to the NYC Winery to have some exquisite wine on their night out in the city 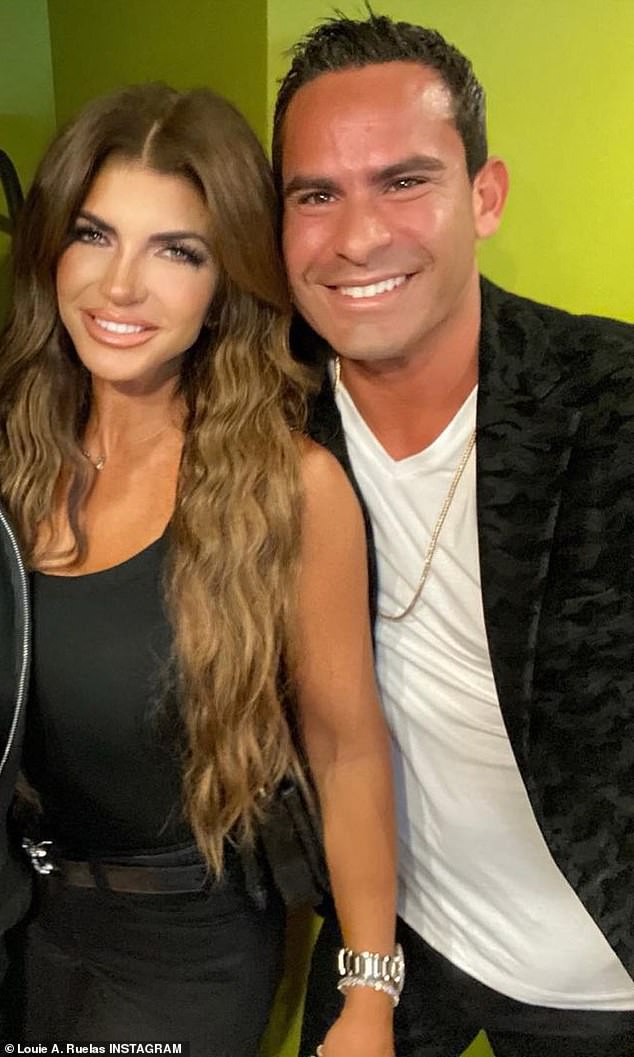 Love at first shirtless workout routine: Giudice and Ruelas met on the Jersey Shore where Giudice noticed his shirtless torso when he ran past her on several different workouts

The entrepreneur set the location of the photos as NYC Winery.

The couple saw each other several times at the Jersey Shore when Ruelas was exercising and Giudice was walking.

They didn’t formally introduce themselves until later on when Giudice was with friends though.

As the best-selling cookbook author relayed to Extra, ‘We started talking, he told us about himself. He had two business cards on him. He handed to me one and then one to my married girlfriend.’ 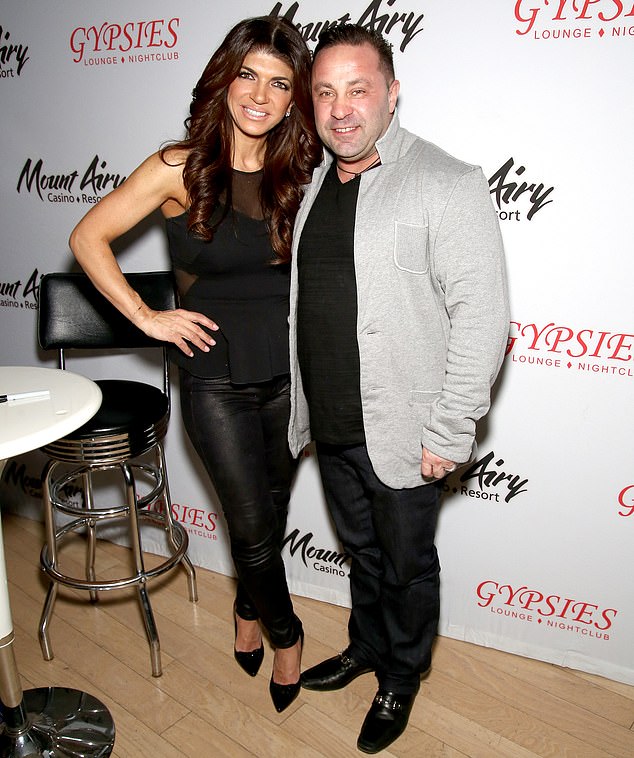 Keeping it civil for the children: Teresa with ex-husband Joe at a book signing in 2016. The two divorced last year but agreed to remain friends for their four daughters sake

She added: ‘All of a sudden, he drives up to us in the car. He said, “Teresa, my son wanted to know why I didn’t ask for your number.” I said, “I have your business card. I’ll text you.” My girlfriend took my phone and was like, “I’m texting him right now.”‘

The two went public with the relationship on Instagram in December of last year, several months after Giudice finalized her divorce from Joe Giudice, whom she shares four daughters with.

The couple had dinner with Joe several months ago, and though it looked very ordinary on Instagram, Teresa’s ex told US Weekly the meeting was awkward.

‘You can all imagine how I felt when they walked in the room. It was awkward to see my ex after a lifetime together with someone else. Teresa and I decided to be honest and remain friends with one another for the girls.’ 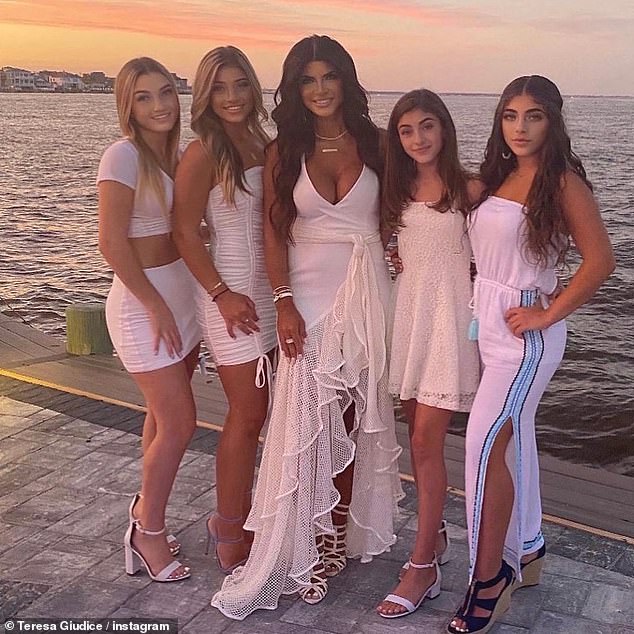