She’s the Adelaide actress who struck it big in Hollywood.

And Teresa Palmer, 31, brought plenty of star power as she attended the GQ Gentleman’s Ball in Melbourne alongside her husband Mark Webber on Saturday.

Teresa, who has been married to director Mark since 2013, looking ravishing in an ornate green dress which featured a plunging neckline.

Goddess in green! Teresa Palmer stunned on the red carpet in an ornate dress while attending the GQ Gentleman’s Ball in Melbourne on Saturday alongside her husband Mark Webber

Striking a pose for the cameras, Teresa looked simply dazzling.

The star, who is best known for her role in Warm Bodies and Hacksaw Ridge, styled her hair in an elegant updo and opted for a less-is-more makeup palette.

Meanwhile, Mark looked dapper in a tuxedo and a pair of patent leather shoes. 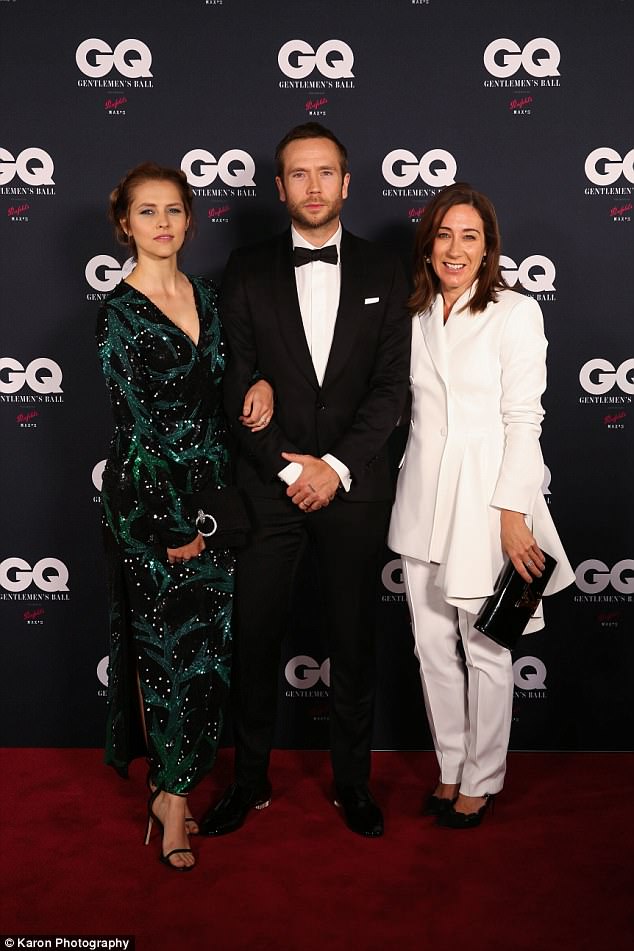 Star power! Teresa and husband Mark were guests on honour at the event, participating in a Q&A afterwards. The couple is pictured with GQ editorial director, Edwina McCann

The couple, who also participated in a panel for the HeForShe movement, discussed the role men can play in creating a more gender-equal society.

The Project’s Hamish MacDonald, who was emcee at the event, also took to the red carpet in a dapper tuxedo ensemble.

The Network Ten star, 36, struck a dashing pose while smiling on the red carpet with his hands clasped. 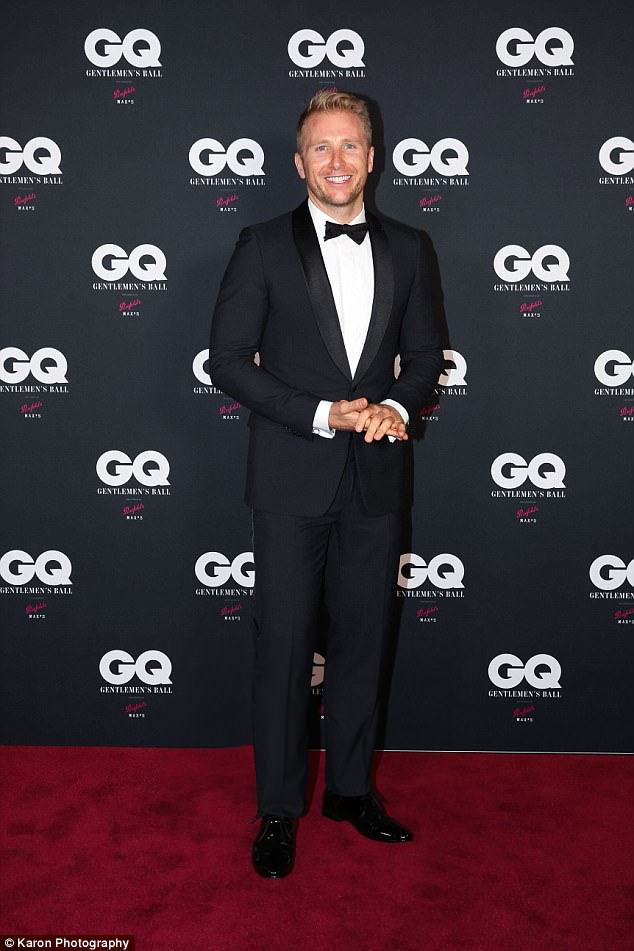 Black to basics! The Project’s Hamish Macdonald cut a dapper figure on the red carpet

Also in attendance was former Real Housewives of Melbourne star Chyka Keebaugh, 49, who looked radiant in a red satin gown.

The former TV reality star, who is focusing on her homewares business, opted to pair her upscale look with statement drop earrings. 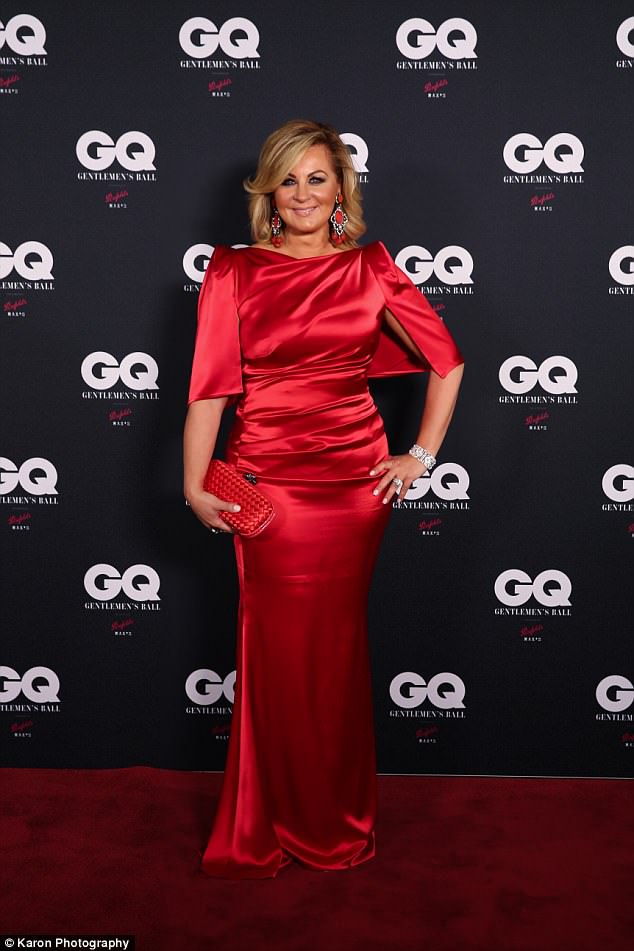 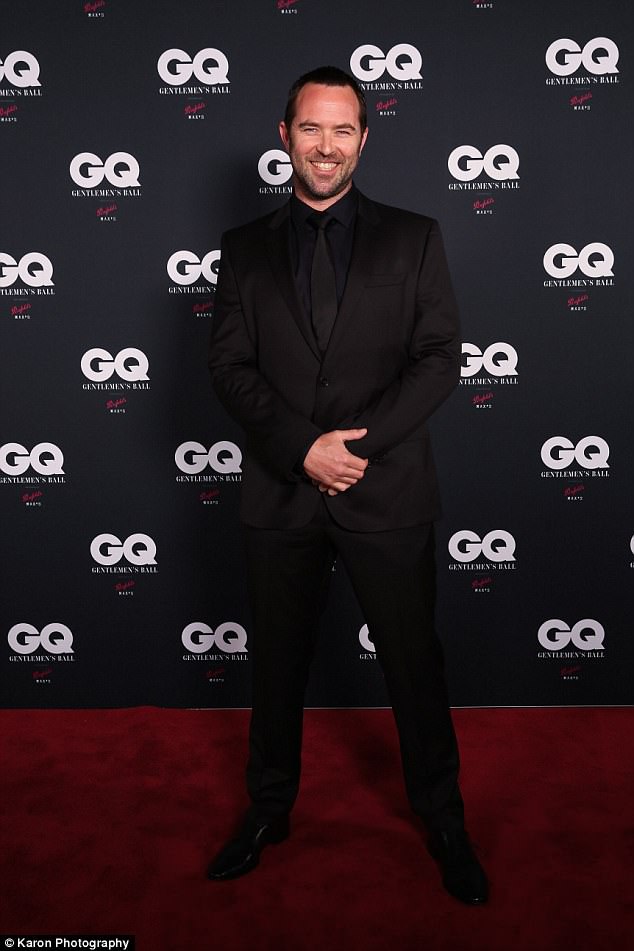 Bucking the trend! 300 actor Sullivan Stapleton opted for wear a tie instead of a bow tie at the formal event

Sullivan Stapleton, who is known for his role on Animal Kingdom and 300: Rise of the Empire, bucked the bow-tie trend.

The 40-year-old instead opting to wear a tie with his two suit, completing his look with tailored trousers and a blazer.

Socialite Rozalia Russian added a pop of colour to the red carpet, flaunting her figure in a plunging rainbow mini-dress. 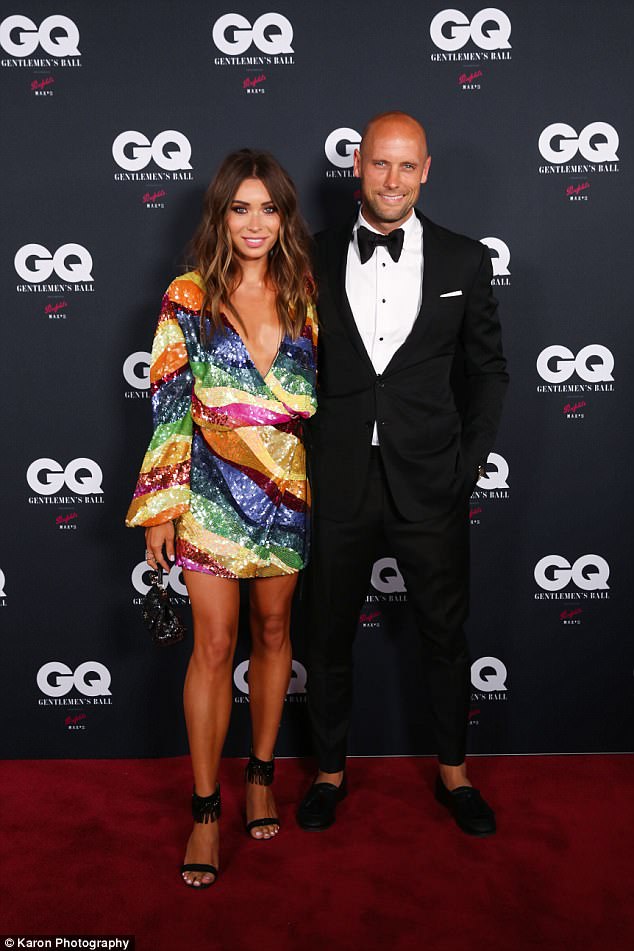 A splash of colour! Socialite Rozalia Russian added plenty of sparkle on the red carpet in a rainbow mini-dress. Here she poses with entrepreneur husband, Nick 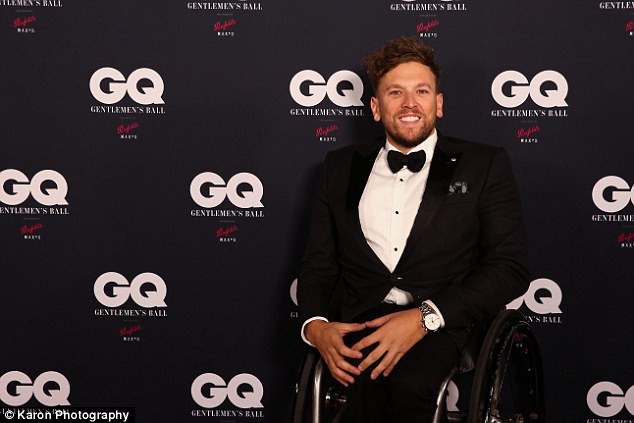 Formal change! The basketball player traded in his singlet for a black and white tuxedo