She’s the in-demand Australian actress who moved to Cardiff, Wales last month, after usually splitting her time between California and Adelaide.

And Teresa Palmer has now spoken out about how the move, which is so she can film a lead role in a new fantasy television series for the next six months, has made her ’emotional.’

The 31-year-old wrote in a blog post on Your Zen Mama: ‘We have always been a travelling circus but this time it came with a few added challenges.’

‘I was really emotional’: Actress Teresa Palmer reveals ‘added challenges’ of juggling a busy career and motherhood after moving to Wales with husband Mark Webber

Teresa discusses juggling her busy career with motherhood on her blog.

The actress shares two boys with husband Mark Webber and is stepmother to Mark’s son Isaac, who he shares with ex-partner actress Frankie Shaw.

Teresa and Mark have a three-year-old son Bodhi Rain and a nine-month-old baby Forest Sage.

The blonde stunner spoke about the struggles of sharing her time with all three children, writing: ‘Being a stepparent or a parent in a split family is bittersweet because you only get to see one (or more) of your children some of the time.’

Moving to Wales with husband Mark and sons Bodhi and Forest for six months, she said this will be the longest the family has gone without seeing nine-year-old Isaac. 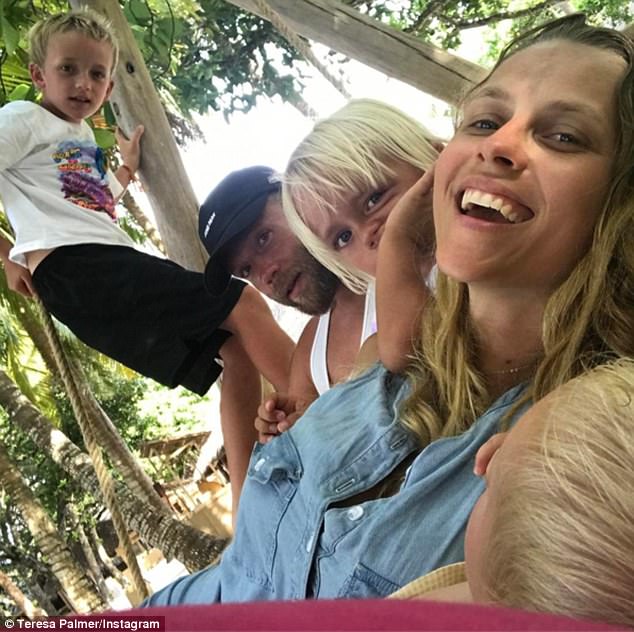 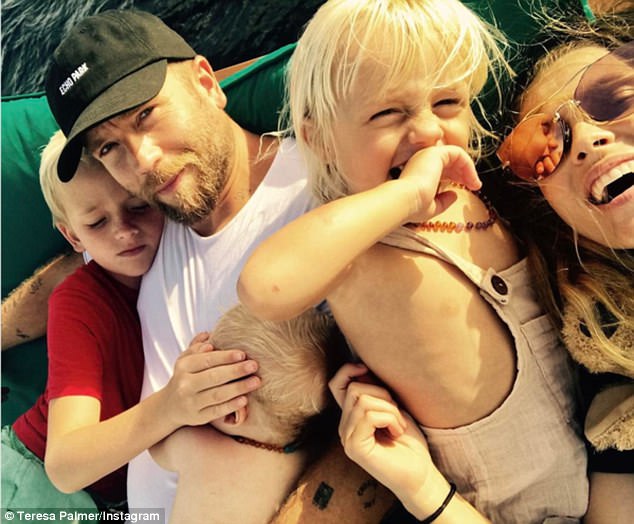 ‘Being a stepparent in a split family is bittersweet’: The blonde stunner spoke about the struggles of sharing her time with all three children after her move meant spending six months away from Mark’s nine-year-old son Isaac (L)

‘I was really emotional, feeling anxious about being so far away from each other and starting all over again in a new house, in a new job and with Bodhi starting a new school,’ the Hacksaw Ridge star added.

Teresa remained positive about the situation: ‘It’s like a constant state of transitions for everyone, but with good, open communication we have been able to make the comings and goings feel pretty seamless.’ 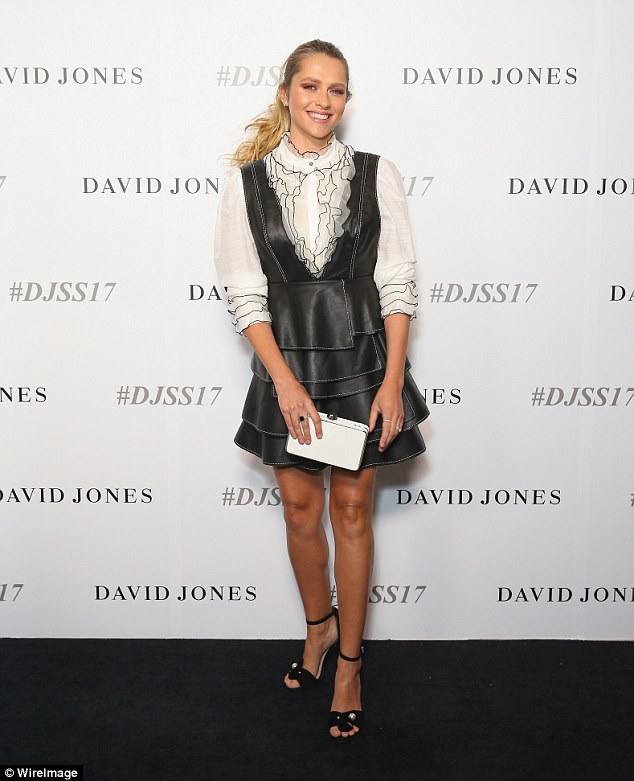 ‘Boy the jump from one to two children feels massive’: Teresa, who welcomed her second son Forest Sage into the world in December, claimed having two children and working full-time hours has meant ‘a lot of mental, physical and emotional output’

Teresa has moved into a ‘big old farm house in the country’ while filming A Discovery Of Witches, where she plays heroine Diana Bishop.

Speaking about returning to work with a nine-month-old bub, she said: ‘Boy the jump from one to two children feels massive when you throw in full time work here!’

‘Having the stamina to work full time hours (five-day weeks, 12 or more hours per day) plus having two children that I take over with as soon as work is finished, means a lot of mental, physical and emotional output.’

Meanwhile, the challenges aren’t putting Teresa off growing her brood further, as she wrote: ‘I’ve been fantasizing about baby number three (insert massive eye roll from Mark here!) I’m not there yet, just the curiosity seeds have been planted.’ 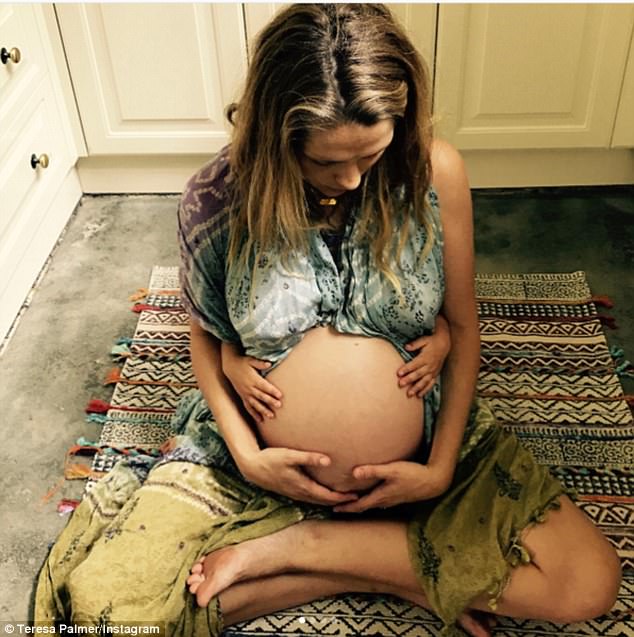 ‘I’ve been fantasizing about baby number three’: Teresa appears open to welcome another new bub to her brood with husband Mark Webber in the near future