A father has told how he considered letting himself plunge to the depths of the ocean if he couldn’t keep his young son alive during a seven-hour fight for survival off Australia’s coast.

Maike Hohnen took his seven-year-old son Julian and friend Stephen Jeacocke for a fishing trip off the Sunshine Coast in June when their boat capsized and sank in near freezing, shark infested waters.

The trio told Sunday Night they set out on their overnight trip in a small fishing boat and dropped anchor nine kilometres off the coast of Caloundra, where after a day of fishing they slept the night in the tinnie as planned.

During the night, the rope attached to the anchor wound itself around the propeller and gradually dragged the boat under the surface until it capsized – trapping the father and son under it in the dead of night.

The two escaped but the boat was sucked under with their life vests, emergency beacon and flares on board.

But two 15-litre buckets floated to the surface.

‘We were just clinging to that 15-litre bucket, which I picked up from a job site for free. I just thought, “Oh, it will come handy one day,”‘ Mr Hohnen said.

Mr Jeacocke was able to call 000 on the father’s phone before it cut out.

‘(It was) enough to tell them that we had no life jackets on, we’re floating on buckets, we’re at the Caloundra 9-mile fishing area, and… Basically, that was the phone call. That’s all we got out,’ he said. 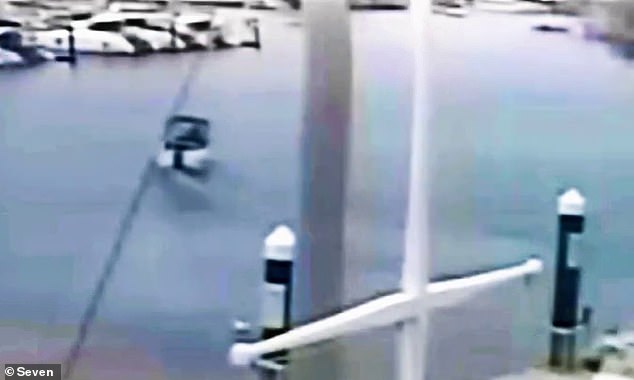 Adding to their desperation, Mr Jeacocke had just weeks earlier caught an 80kg shark in the exact spot they were floating.

Mr Jeacocke, weighing in at over 200 kilograms, clung to one of the buckets while the father and son hung on to the other as they were lashed by the surf.

Julian continuously swallowed water over several hours and became delirious as his father desperately tried to keep him awake.

Mr Jeacocke said as the hours of waiting continued, Mr Hohnen was struggling and his son became completely unresponsive. 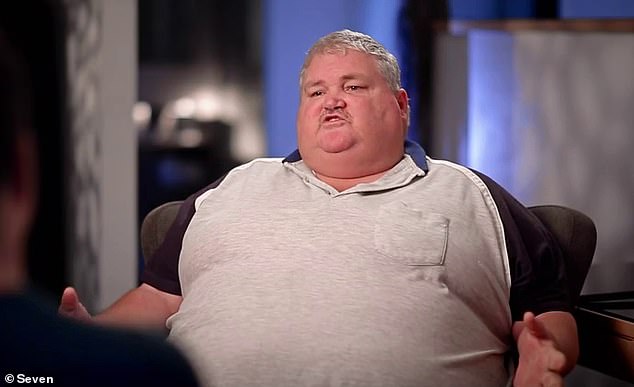 Stephen Jeacocke, weighing in at over 200 kilograms, clung to one of the buckets while the father and son hung onto the other as they were beaten by the surf for nearly seven hours

‘In my mind I’m thinking, “No, I don’t wanna lose ’em.” You know, “How can I stop them sinking to the bottom?” I’m planning on pulling out the cord around my jumper, and tying it to them, and tying them to the buckets to… so If they do die, at least I know where they are. They’re not missing at sea forever, you know?’ he said.

A nearby cargo ship had spotted the three fishermen and directed the Mooloolaba Coast Guard to pick them up by helicopter.

They winched the boy up to paramedics who found him without any signs of life.

‘As the… diver came down to us, I don’t know if I was saying it or thinking it, but just, basically, just, “Take my boy. Get him out of here”,’ Mr Hohnen said. 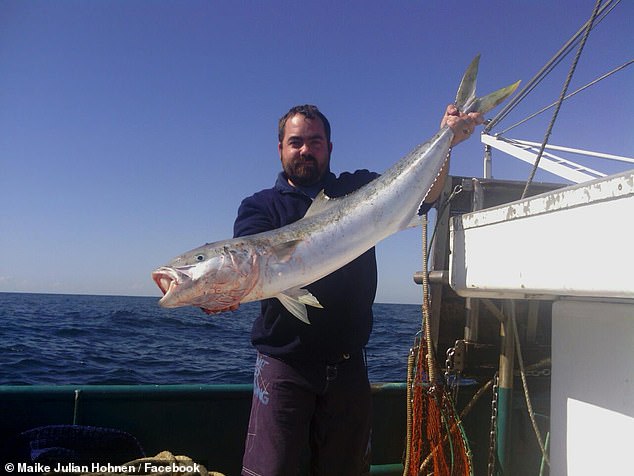 Paramedic Elliot Bates said: ‘He was dead. He had no heart rate, no pulse rate. He wasn’t breathing. Technically, this kid’s dead.’

Paramedics desperately performed CPR on the boy and revived him.

He slipped into an 18-hour coma, with doctor’s fearing he would either die – or wake with extensive brain damage.

Incredibly Julian made a complete recovery and is back fishing again.

‘Not only be able to hear that he’s done so well, but (to) be able to see him today upright, running around, hear the story about (how) he’s been fishing and he’s keen to get back to find more parrotfish, it makes the job all worthwhile,’ Mr Bates said.

The tenacity and immediate draw back to fishing comes as no surprise to mum, Susan Cork, who joked ‘you can’t sink a cork, they float’.