A plane passenger with no flying experience safely landed a Cessna light aircraft with the help of an air traffic controller after the pilot suffered a medical emergency and fell unconscious.

The unnamed passenger was flying in the Cessna 208 Caravan from the Bahamas to Florida on Tuesday afternoon when the drama begun.

‘I’ve got a serious situation here,’ the passenger can be heard telling air traffic control in Fort Pierce. ‘My pilot has gone incoherent. I have no idea how to fly the airplane.’

This is brand new video (courtesy of Jeff Chandler) of a passenger landing a plane today at PBIA.

His pilot had passed out, and the passenger with zero flight experience was forced to land the plane.

Team coverage of this amazing landing is on @WPBF25News at 11. pic.twitter.com/jFLIlTp6Zs 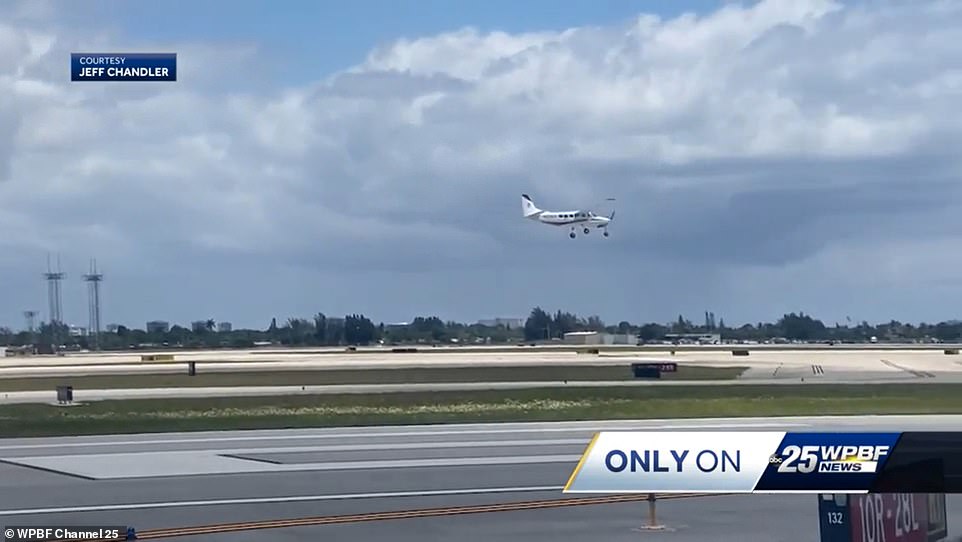 The passenger had no idea even how to turn the navigation system on, and was unaware of where they were 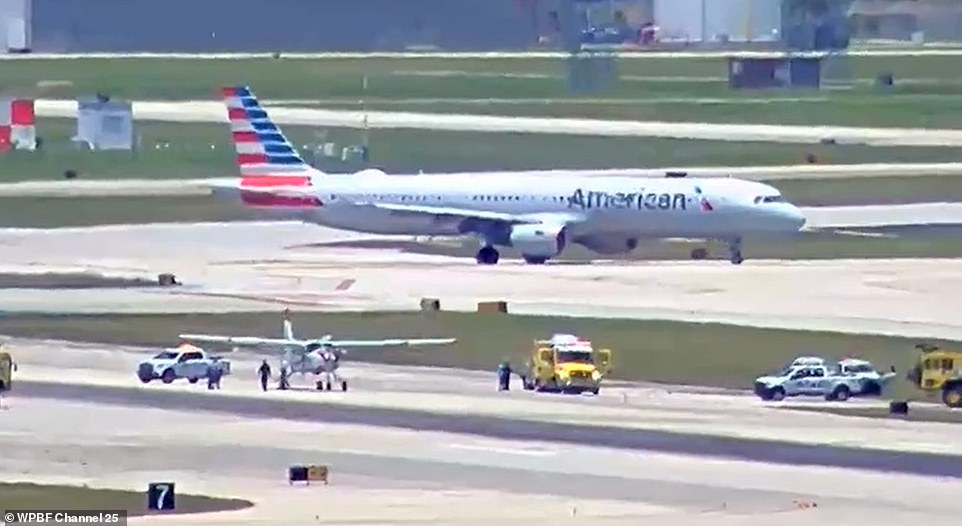 The small aircraft can be seen on the tarmac at Palm Beach airport, having successfully landed

The shocked professional in Fort Pierce told the passenger that he would try and locate him.

‘Maintain wings level and just try to follow the coast, either north or southbound,’ he said.

‘We’re trying to locate you.’

For four minutes, audio showed the remarkably calm passenger trying to work out what to do.

‘Have you guys located me yet?’ he asked.

‘I can’t even get my nav screen to turn on. It has all the information on it. You guys have any ideas on that?’

The man was eventually found flying off the coast of Boca Raton, and air traffic control at Palm Beach airport managed to talk him down, guiding him how to land the plane.

A source told ABC News the controller involved was a certified flight instructor, with experience working with Cessna aircrafts, who printed out a layout of the cockpit, and used it to guide the passenger through the steps of flying and landing the plane.

The landing was a little wobbly, but safe.

‘You just witnessed a couple passengers land that plane,’ air traffic control said over the radio.

Another voice said: ‘Did you say the passengers landed the plane?’

The pilot was taken to the hospital, though his condition remains unknown.

Justin Dalmolin, a JetBlue pilot, was told to wait while the unnamed man landed, and said he was astonished he managed to do so.

‘The level of difficulty that this person had to deal with in terms of having zero flight time to fly and land a single engine turbine aircraft is absolutely incredible,’ said Dalmolin. 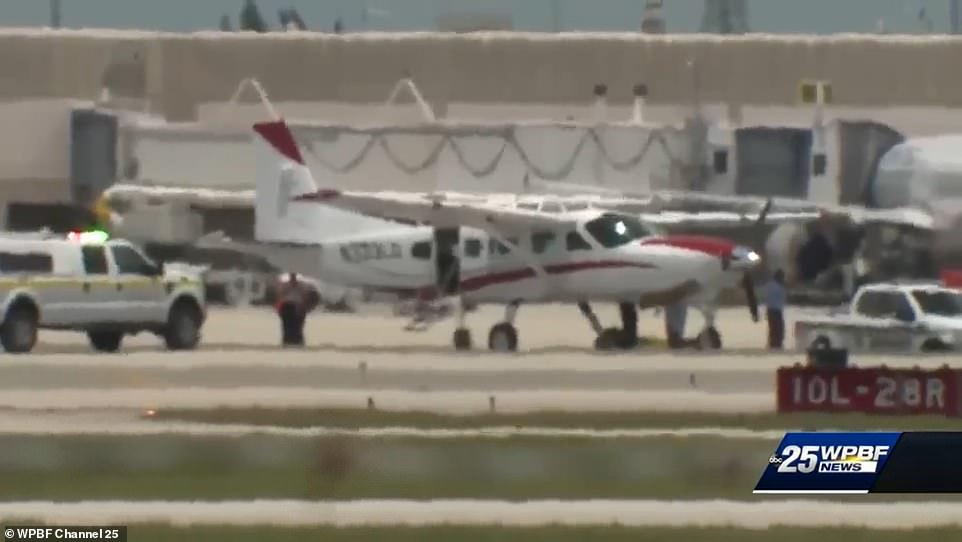 The pilot was taken to hospital, and the passenger safely made it off the plane

He told ABC 25: ‘The incredible part is not just flying the aircraft but obviously the most difficult thing which is configuring the aircraft for approach and landing. And then landing it, and that to me, for a zero time pilot.

Dalmolin said it was lucky it was daylight so the passenger at the wheel could see where he was going because it would have been extremely difficult if it had been at night or foggy.

‘You know it’s nothing short of a miracle and I’m really glad for them and their families they had such a great outcome,’ said Dalmolin.

John Nance, an aviation expert, told ABC 25 that the landing of such a complex plane by someone without any flying history was a remarkable feat.

‘This is the first time I’ve ever heard of one of these being landed by somebody that has no aeronautical experience,’ Nance said.

‘The person on the airplane who had no aeronautical experience listened very carefully and obviously followed instructions with great calm.

‘That’s what made the difference.’