A pair of siblings in east China narrowly escaped unscathed after a hoverboard suddenly exploded in their flat.

Horrifying video footage of the incident shows a boy riding the board in the living room when it suddenly started spewing smoke.

The boy immediately jumped off the device as it burst into a massive ball of flames right in front of his little sister, who was sitting in a chair inches away. 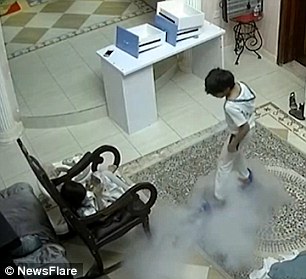 Surveillance footage on August 16 shows the boy riding the hoverboard while his little sister sits in a chair. Smoke suddenly stared to emerge from the device, alarming the brother 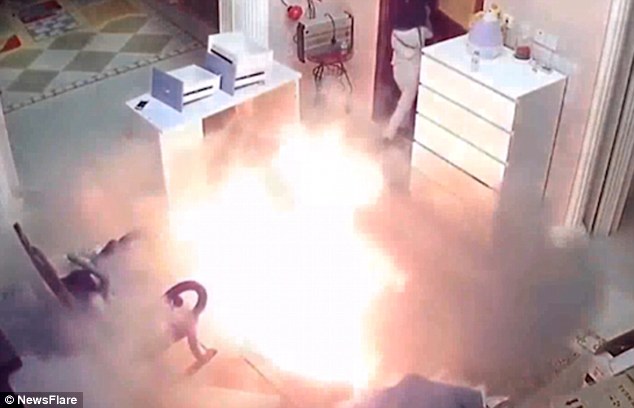 Seconds later, the hoverboard burst into a massive ball of flames right in front of the girl

The incident took place at the sibling’s home in Hefei city, Anhui province on August 16 at about 4:12pm, according to Liberty Times Net.

After the blast, the little girl was seen jumping off the chair and running for her life. Her brother had escaped into an adjacent room.

Both children are unhurt in the incident, according to the report.

The explosion was reportedly caused by a damaged lithium battery in the rechargeable device. 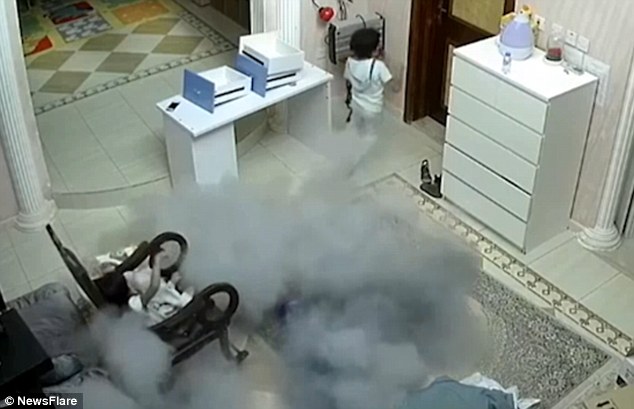 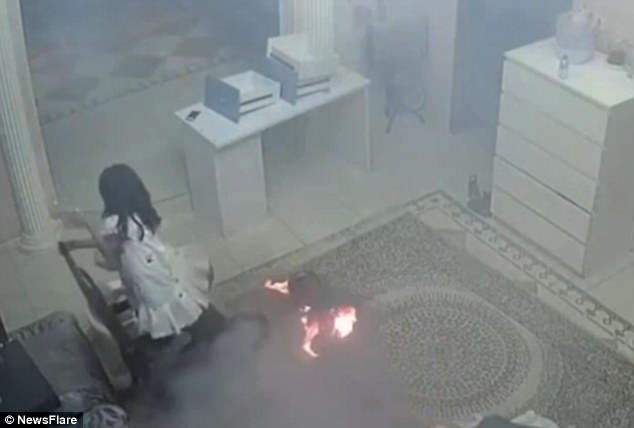 After the blast, the little girl was seen jumping off the chair and running for her life

Earlier this month, a charging electric scooter exploded in a house in Beijing.

A man, his daughter and their pet dog narrowly escaped from the explosion. The mobility device was being charged only the second time when the incident occurred.

The Chinese authorities have previously warned the public against purchasing sub-standard electric devices from unauthorised manufacturers.