Terrifying footage shows Austrian stuntman ride his SCOOTER out of a PLANE at 13,500ft and do handstands on the handlebars

Jaw-dropping footage shows the moment a stuntman rides his scooter out of a plane at 13,500ft.

Günter Schachermayr perches in position on his Vespa before lurching out into the clouds.

The Austrian stunt rider can then be seen spinning in circles and doing handstands on the scooter’s handle bars.

Several cameras, set up on the plane and scooter, capture the terrifying stunt from different angles.

Schachermayr eventually becomes separated from his ride and deploys his parachute.

His Vespa, which has its own parachute, also sails safely back to the ground.

Preparing to launch: Günter Schachermayr perches on his Vespa inside the plane before charging out into the clouds 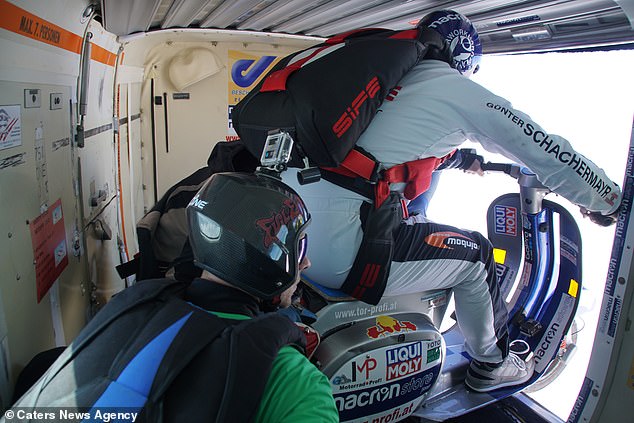 Ready to go: The Austrian stunt rider ploughs out of the plane at 13,500ft

Schachermayr is known for attempting wild and risky stunts.

He previously did a bungee jump on his beloved Vespa and even rode it through a panel of glass.

Summing up his philosophy, he said: ‘As a rule, extreme athletes are not daredevils, but top athletes with ambition and a strong motivation.’ 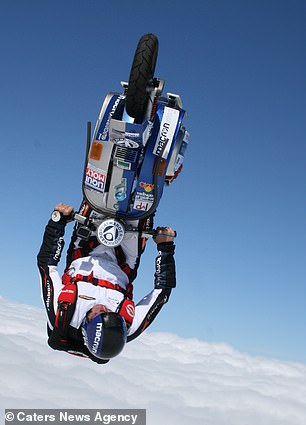 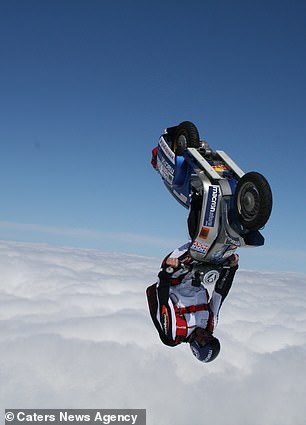 Schachermayr repeatedly somersaults above the clouds during the terrifying stunt 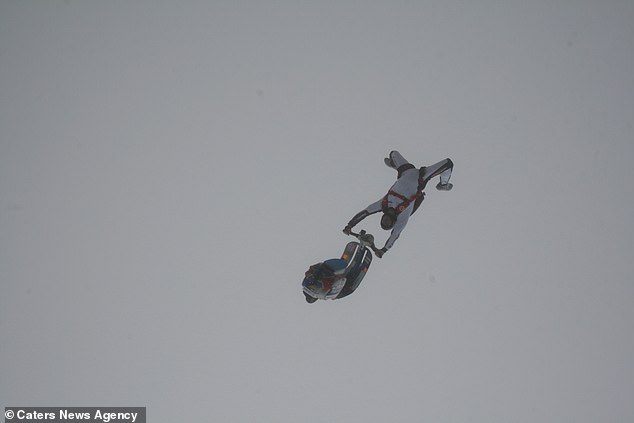 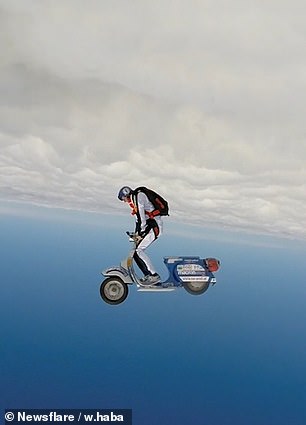 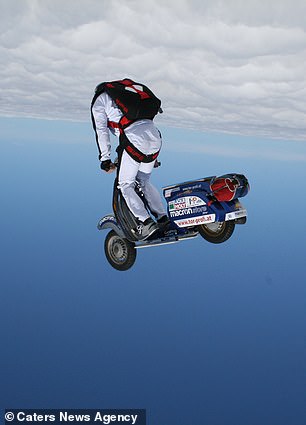