Nathan DeYoung, 57, is charged with endangering a child and not obeying warning signs

A school bus driver in Texas has been arrested after ignoring a road closure sign and driving into flood waters with a student on board.

Nathan DeYoung, 57, is charged with endangering a child and not obeying warning signs after he lost control of his school bus on the morning of October 16.

DeYoung and the 12-year-old student on board were forced to be rescued by emergency responders.

The boys mother Ashley Ringstaff wrote on Facebook that she got a call from her son ‘in hysterics’ just before 8.30am.

‘[He was] telling me he loves me and that he is scared and thinking he was going to die,’ she wrote. 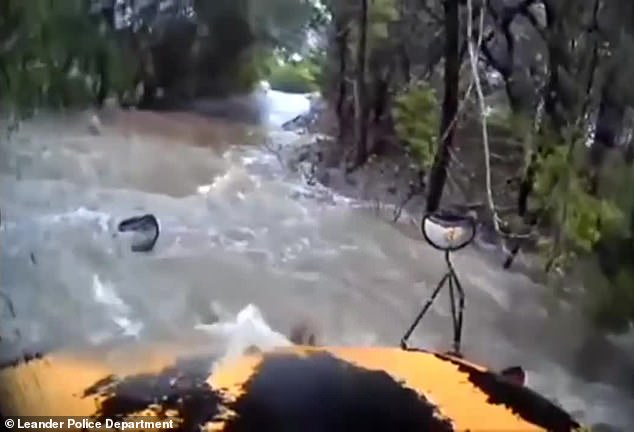 He was driving a school bus heading to Stiles Middle School in Williamson County, Texas on the morning of October 16 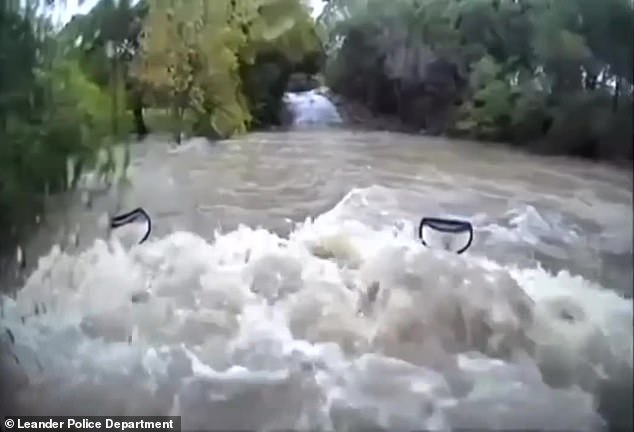 The bus was heading to Stiles Middle School in Williamson County, Texas.

‘Water isn’t forgiving and has more force than most people think,’ Ringstaff added. ‘Just because you think you can make it across a low water crossing, doesn’t mean that you will. It’s not worth it, ever.’

Video shows the moment DeYoung entered the river-like water, showing the bus rocking back and forth as it got caught in branches.

At times the entire front of the yellow bus disappears into the murky water.

The Leander Police department said they released a portion of the video ‘in an effort to illustrate the dangers of attempting to drive across a low-water crossing during flood conditions.’

‘The biggest factor in these circumstances is buoyancy. For each foot the water rises up the side of the vehicle, the vehicle displaces 1,500 lbs of water,’ the department wrote.

‘In effect, the vehicle weighs 1,500 lbs less for each foot the water rises. Just two feet of water can carry away most vehicles,’ it added.

DeYoung was fired after being booked at the Williamson County Jail on $10,000 bond and released the next day. 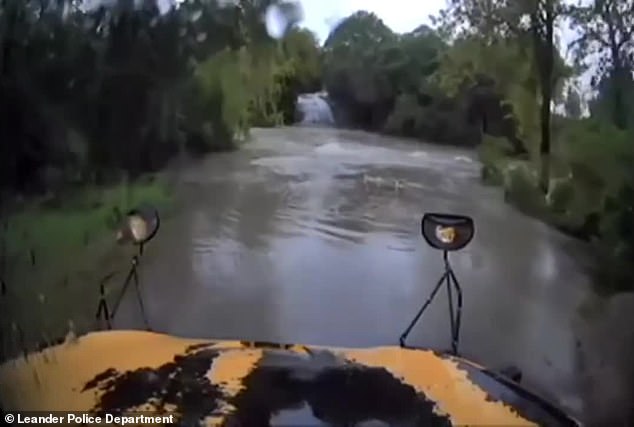