A little girl was almost attacked by a coyote in her front yard – and it was all caught on a doorbell camera.

The surveillance video which was taken in Villa Park, west of Chicago, Illinois, shows the youngster walking around her garden when a coyote suddenly charges at her.

Incredibly, the wild animal stops shy of making contact, but as the five-year-old girl runs away, it charges at her once again. 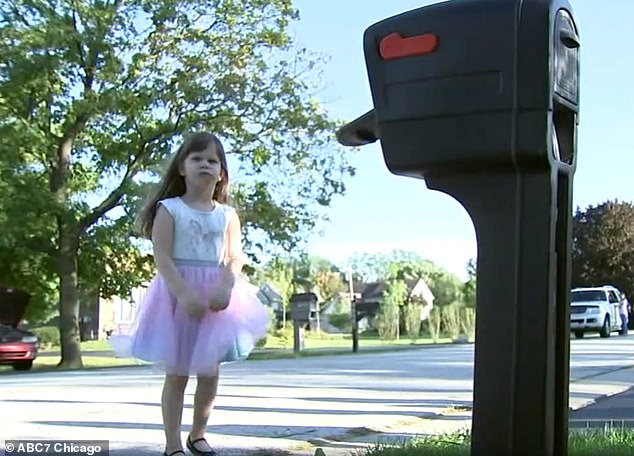 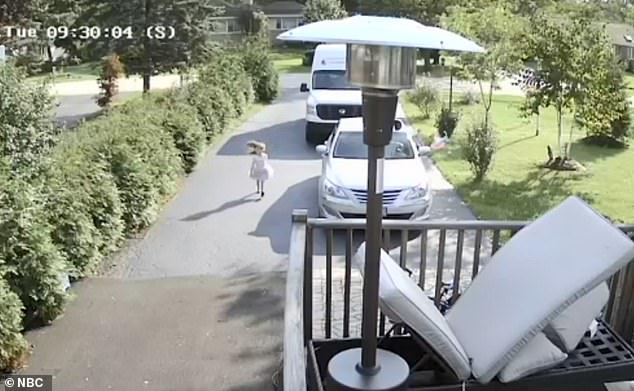 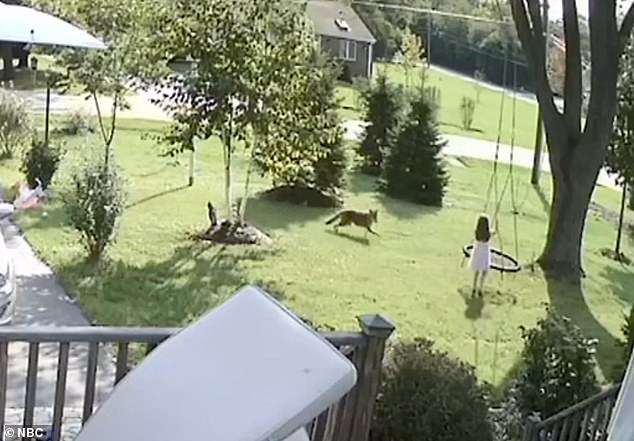 In the video, the coyote is seen lurking near the driveway as the young girl skips around.

Christine Przybylski had just gone out to check her mailbox for her Halloween costume, but as she made her way back across the front lawn, the animal appeared to come from out of nowhere as it sprinted toward her.

The young girl ran back toward the driveway as the coyote appears to try to attack but then backs off, the doorbell video shows.

‘I decided to go to the swing,’ Christine said to ABC7. ‘When I went to the swing he run by and I was like, going, and then I was like “Oh my god.”‘ 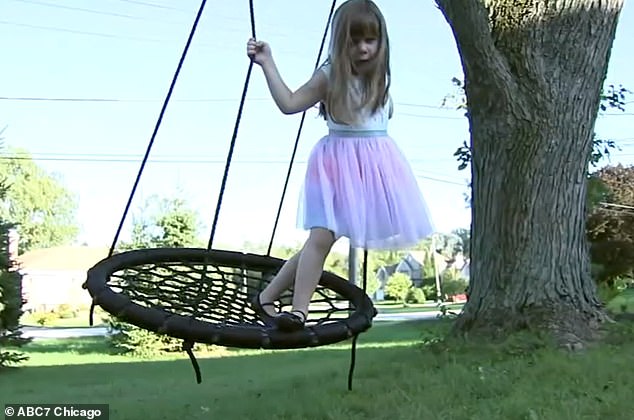 ‘I decided to go to the swing,’ Christine said. ‘When I went to the swing he run by and I was like, going, and then I was like “Oh my god.”‘ 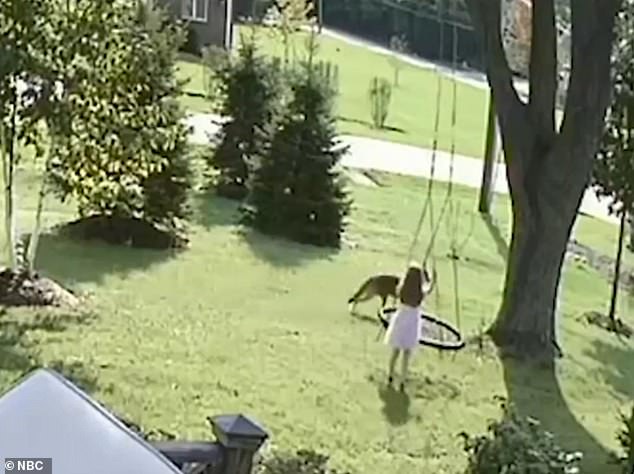 The animal came so close she felt its fur brush against her, her parents said, but the girl was not injured, according to WGN.

Her mother said Christine won’t be playing unaccompanied in the front yard again any time soon.

Coyote’s in general are not considered dangerous because they rarely attack humans.

Outdoor experts suggest people not to run away from coyotes as they could consider them prey. 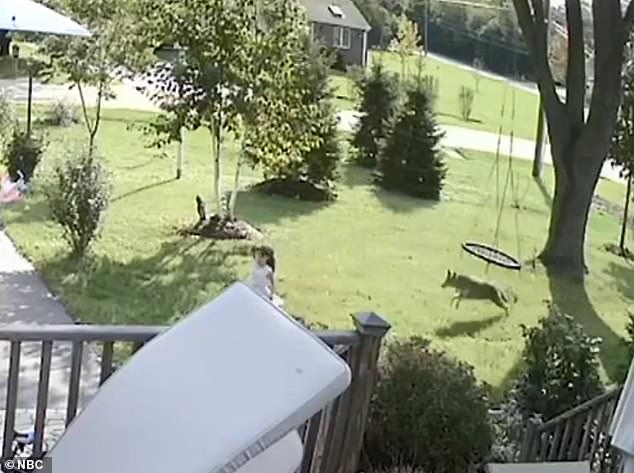 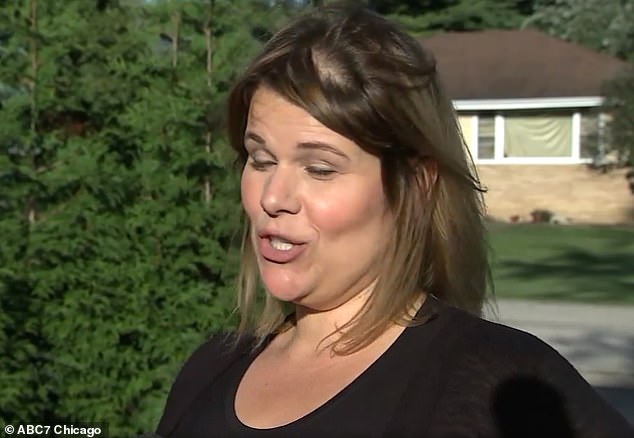 Mom, Elizabeth, says her daughter won’t be allowed to play in the front yard unattended

Making noise or yelling at the wolf-like animals is usually enough to keep them at bay.

The village reminded residents of advice from the forest preserve on living with coyotes.

‘Like domestic dogs, coyotes test their limits around humans and learn something from each exchange,’ the forest preserve states on its website.

‘Unless they associate people with negative experiences, such as loud noises, they can become comfortable walking down streets or sidewalks or near schools, basking in yards or parks, and shortening the distance between themselves and humans. A bold coyote does not necessarily mean an aggressive coyote, but a coyote that maintains its fear of humans will be less likely to cause problems.’