This is the terrifying moment lightning struck centimetres from a hotel balcony.

Terror came to Tim Allfrey and his young family as they stayed at the Oaks Grand in Gladstone.

The Newcastle man captured the bolt on his camera phone as storms and heavy rain swept across central Queensland on Monday night.

Moments earlier, Tim Allfrey was videoing a storm as it swept across the city of Gladstone

Less than 30 seconds earlier, he was shooting panoramic footage of the regional city showing the bleak, grey night skies momentarily flashing pink as lightning was striking on the horizon.

Then, a white bolt of lightning causes sparks to fly centimetres from an outdoor table on the balcony.

In a flash, it’s all over but the rain continues pouring outside.

Tim Allfrey’s video has gone viral, with more than 127,000 views on his Facebook page and plenty of comments. 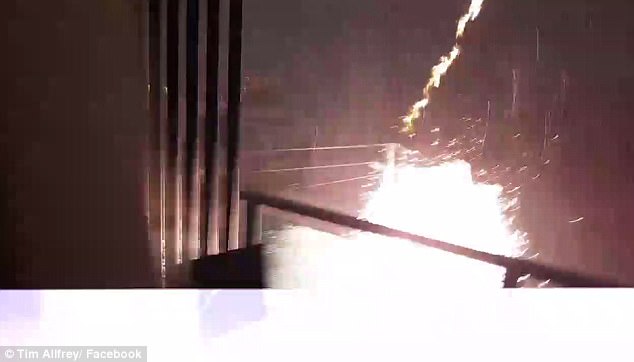 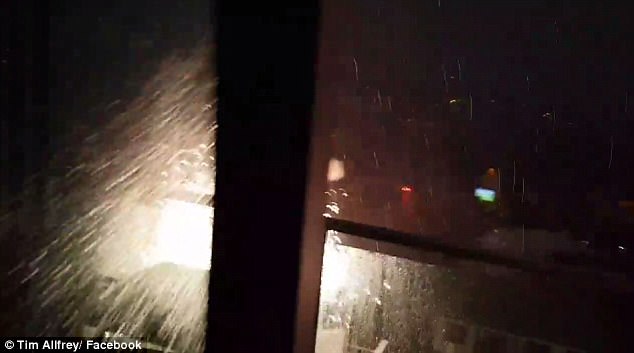 His wife Carmel Allfrey remarked the bolt had ‘scared the c**p out of the kids’.

‘They thought you’d been blown up,’ he said.

Tim Allfrey was more concerned about the delay in their pizza delivery order.

Luckily for the family, it arrived soon after the lightning strike, with the Allfreys having dinner inside – out of the rain.