A Canadian kayaker caught the thrilling moment when a killer whale attacked a sea lion.

In the clip, a sea lion can be seen, minding its own business, floating on the Lambert Channel, when an orca suddenly breaks the surface of the water, grabbing the sea lion in its massive jaws before submerging with its prize.

The whole encounter between predator and prey occurs in just three seconds. 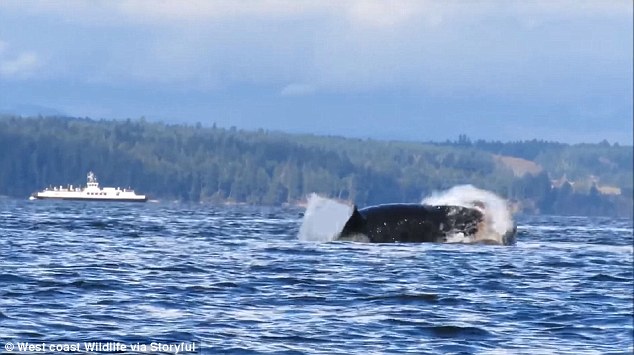 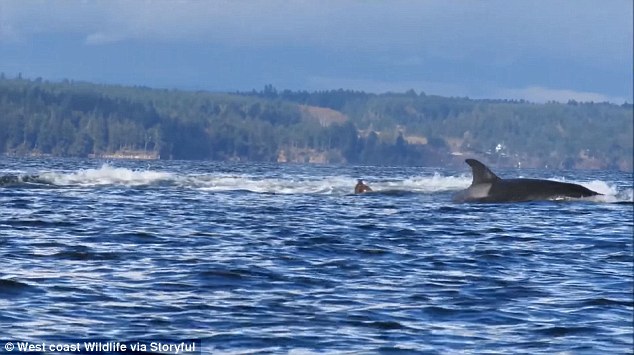 Louis Jobidon wrote on Facebook that he filmed the video on March 18, while kayaking near British Columbia’s Hornby Island. He noted that he spotted several families of transient killer whales that morning, between 8 and 9am, who were all hunting sea lions.

‘Over a few hours three sea lions were killed and eaten,’ Jobidon said in his Storyful caption.

‘After a few kills, the whales continued northbound around 3pm,’ he wrote on Facebook.

Since posting the clip on his Facebook page, West Coast Wildlife, it has been viewed more than 68,000 times.

In an earlier post, Jobidon said he spends ‘every second of my free time looking for whales.’