A pair of young children got the fright of their lives when two killer whales stalked them during a summer swim.

Terrifying footage shows the youngsters desperately trying to swim away from the curious orcas off Waiheke Island in New Zealand earlier this week.

The whales were seen getting close to the youngsters off Waiheke Island, New Zealand.

As they approached, the children can be heard screaming in fear before clinging to each other for dear life.

Onlookers can be heard telling the children to ‘stay still’ and let the huge whales pass.

‘That’s a lifetime experience for you,’ one onlooker could be heard saying as the two orcas swam past the children and back out to sea.

Ms Halliday said the orcas would have detected the children from up to 80m away, coming past for a closer look.

‘There’s never been an attack by orca on humans in the wild that anyone’s aware of,’ she said. 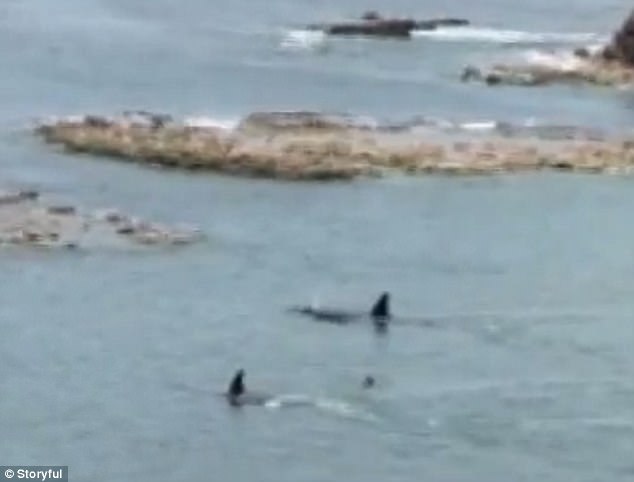 The giant mammals were seen getting close to the youngsters off Waiheke Island, New Zealand 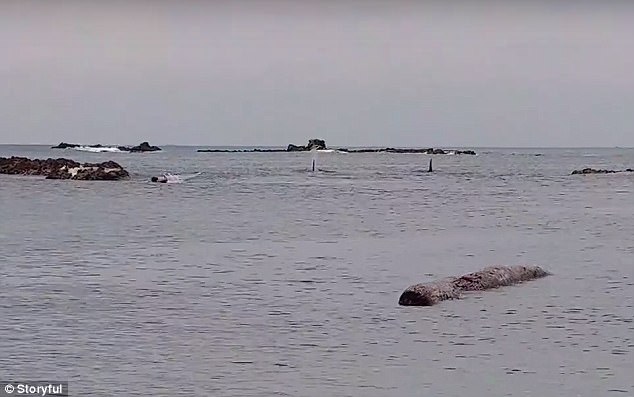 ‘That’s a lifetime experience for you,’ one onlooker could be heard saying as the two mammals swam past the children (left) and back out to sea