Frightening cell phone video filmed by a passenger aboard a United Airlines flight on Sunday shows one of the plane’s engines violently shaking in mid-air.

The incident took place during United Airlines flight 293 from Denver to Orlando on Sunday.

A passenger noticed that part of the engine attached to the left-side wing of the aircraft began to bounce up and down. 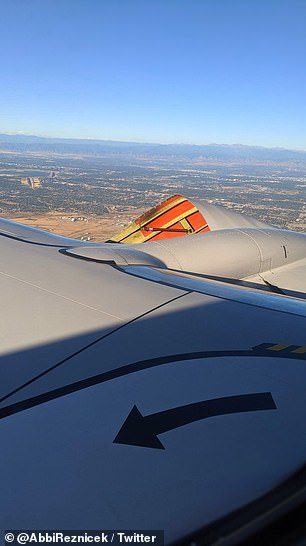 The company confirmed that the plane returned to Denver, where passengers disembarked and then boarded another plane.

‘United flight 293 from Denver to Orlando returned to the airport due to a mechanical issue with one of the engines,’ the company said.

There were no injuries.