Husnain Rashid is on trial for six terrorism offences in Woolwich

An internet terrorist urged his followers to inject poison into supermarket ice-creams and attack Prince George at school, a court heard today.

Husnain Rashid, 31, provided advice on how a ‘lone wolf’ terrorist could carry out an attack with poison, chemicals, bombs and knives, prosecutors claim.

He was also in communication with a known ISIS fighter in Syria and ran his own internet channel, Woolwich Crown Court heard.

Jurors heard how the defendant believed the only alternative to fighting jihad in the Middle East was to launch attacks in western countries.

Prosecutor Annabel Darlow said: ‘The overarching aim of his activities was to provide a wealth of online material – an ‘e’ tool-kit for terrorism, for those preparing to commit acts of terror and to offer as much assistance, encouragement and support as he was able.

‘His proposals were indiscriminate and made no distinction between adult and child, between members of fighting forces and civilians. 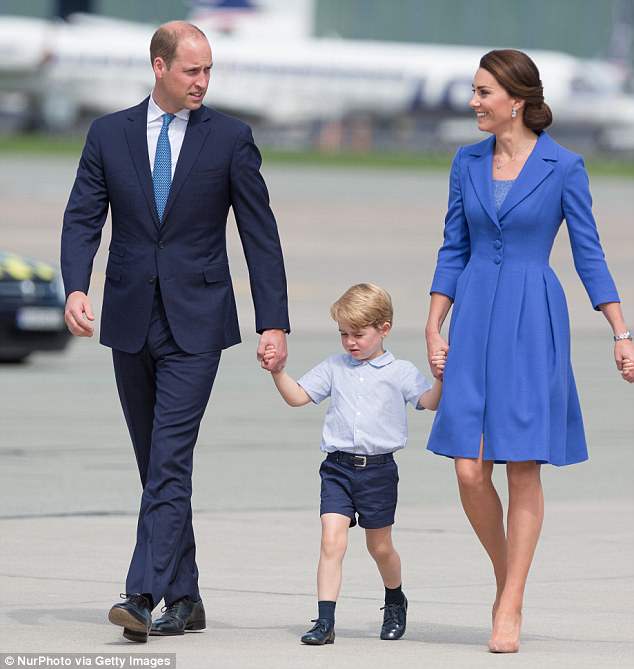 Prosecutors told the court Rashid encouraged followers to attack Prince George, pictured with his parents, the Duke and Duchess of Cambridge

Rashid, a teacher at the Mohamadi Mosque in Nelson, begged a notorious British jihadi – known as Repunzel – to help him become an Islamic State fighter, jurors were told.

The court heard he sent 290,000 messages on encrypted chat groups before he was arrested at his home in Nelson last November.

The prosecutor added: ‘He provided an unstoppable and hate-filled flow of encouragement for others to commit acts of terror… attacks with vehicles, explosive devices, bombs, chemicals, any attack you can imagine one person committing on their own.

‘He made numerous postings glorifying successful terrorist atrocities committed by others and encouraging and inciting his readers to plan and commit successful terror attacks of their own.’ 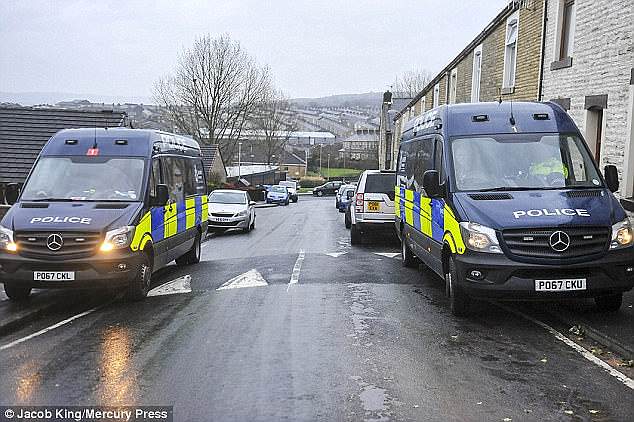 Rashid was arrested during a police raid in this street in Nelson, Lancashire

The prosecutor said: ‘His activities were prolific. They encompassed running an online channel called the ‘Lone Mujahid’ and uploading a number of resources to assist those planning their own attacks.

‘His special interest was in assisting the ‘lone wolf’ attacker; the Lone Mujahid to commit attacks.

‘But within that speciality, he offered assistance with almost every conceivable type of attack capable of being launched by a single individual; attacks with poison, vehicles, weapons, bombs, chemicals and knives.

The court heard Rashid was consulted by terrorists around the globe seeking advice on poisons and explosives and was working on an online magazine to be named, appropriately enough, ‘The Lone Mujahid’. 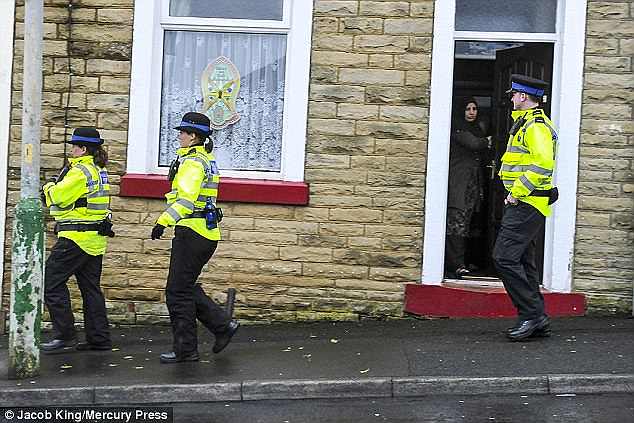 The court heard he sent nearly 300,000 messages before his arrest last November

He was in contact with a terrorist fighting jihad in Syria called Omar Ali Hussain known on the internet as ‘Repunzel’.

‘Husnain Rashid offered Omar Ali Hussain, and those Hussain was fighting with, assistance to commit acts of terror by providing him with information useful on the battlefield.

He spoke about how to use lasers to shoot down aircraft and to weaken enemy defences by jamming their missile systems hoping he would be asked to go to Syria and fight.’

The terror suspect also allegedly posted a photo of George and said ‘even the royal family will not be left alone’.

Rashid, of Nelson, Lancashire, denies six terrorism offences and failing to comply with a notice. The trial continues.