A foreign terrorist convicted of 22 murders is in line to win compensation after judges ruled that the Government wrongly tried to boot him out of Britain.

The 60-year-old militant won his legal battle when a tribunal found he did not pose a serious threat to the UK – even though he blew up a bus full of police officers and committed other atrocities as part of the campaign by the Basque separatist group ETA.

He was extradited to Spain in May to face new terror charges after officials in Madrid issued a European Arrest Warrant.

But in the latest foreign criminal farce, Arranz is set to receive damages, funded by the taxpayer, over the Home Office’s unsuccessful bid – in a parallel case – to throw him out of the UK.

The ruling by the Upper Immigration Tribunal will pile pressure on the Government to tear up unpopular rules which have left ministers powerless to throw out some of Europe’s worst offenders.

Tory MP Charlie Elphicke said it was disgraceful that ministers had been blocked from deporting Arranz because of EU legislation – and said the public would wonder who controlled Britain’s borders.

‘It’s appalling that someone who has been convicted of 22 murders and is guilty of a sickening car bombing still could not be deported from the country,’ he said.

‘This case underlines why people voted to take back control of our laws – and why we cannot remain under the jurisdiction of the European Court of Justice after Brexit.’

Arranz, who was one of ETA’s most prolific killers in the 1980s, was convicted of 22 murders, including a 1986 bombing in Madrid which killed 12 police officers.

After serving 24 years in jail he was released in 2011 because of a legal error, and fled to the UK. Arranz was captured by police a year later in Hounslow, West London, over his suspected continuing involvement in ETA. 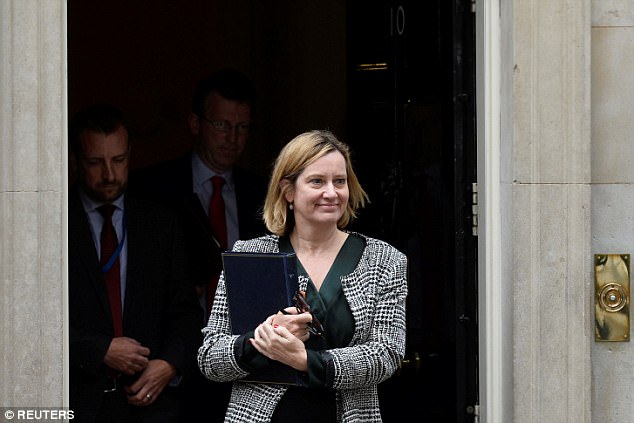 Then Home Secretary Theresa May ordered his deportation in August 2015 on the grounds that he presented a ‘significant risk of harm to the public’. The decision was rubber-stamped by immigration judges. But Arranz challenged the order and won.

In their judgment, Mr Justice Bernard McCloskey, Britain’s most senior immigration judge, and Judge Doron Blum said the Home Secretary had failed to prove that he represented a ‘genuine, present and sufficiently serious threat’ to the UK – the threshold set by the EU.

Immigration officials had not given enough weight to Arranz’s claims that he was no longer a member of ETA, supported the group’s ceasefire and regretted his terrorist activities, said the judges.

Raising the prospect of him seeking compensation, the ruling said he would potentially gain ‘both practical and reputational benefit’ from the successful legal challenge.

The Home Office said it planned to appeal against the decision.