Terrorists who planned to blow up Melbourne’s Federation Square in a Christmas Day massacre have been jailed.

Ahmed Mohamed, Abdullah Chaarani and Hamza Abbas were found guilty of terror charges for plotting attacks through the central city in 2016.

They were planning to detonate bombs and behead people.

The trio were seen smirking as they made their way into the Supreme Court of Victoria for sentencing on Friday.

Ahmed Mohamed (centre) smiled as he arrived to the Supreme Court of Victoria, Melbourne, Friday 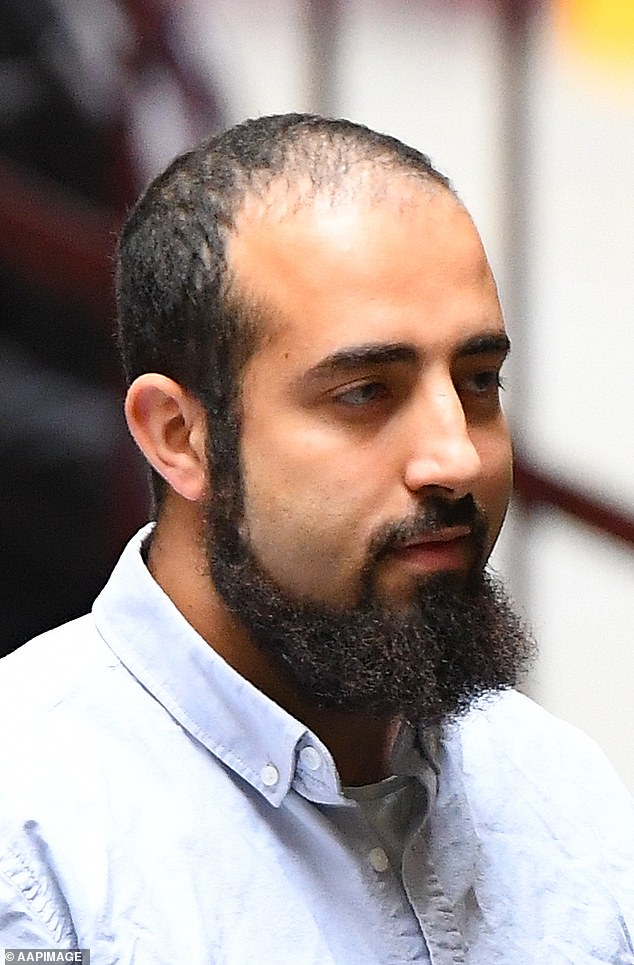 Hamza Abbas arrives to the Supreme Court of Victoria, Melbourne on Friday. He was part of a group who planned an attack on the city in 2016

Mohamed and Chaarani were sentenced to 28 years behind bars, while Abbas must serve 16 years.

Justice Christopher Beale said the plot was an ‘assault on the fundamental values of our society’.

Chaarani and Mohamed were already convicted of terrorism charges and were serving 22 year sentences for burning down a mosque in Melbourne’s north weeks before the planned Christmas Day attack.

During the trial last year, the court heard how the men had bought machetes and metal pipes and had tried to buy guns for the plot. 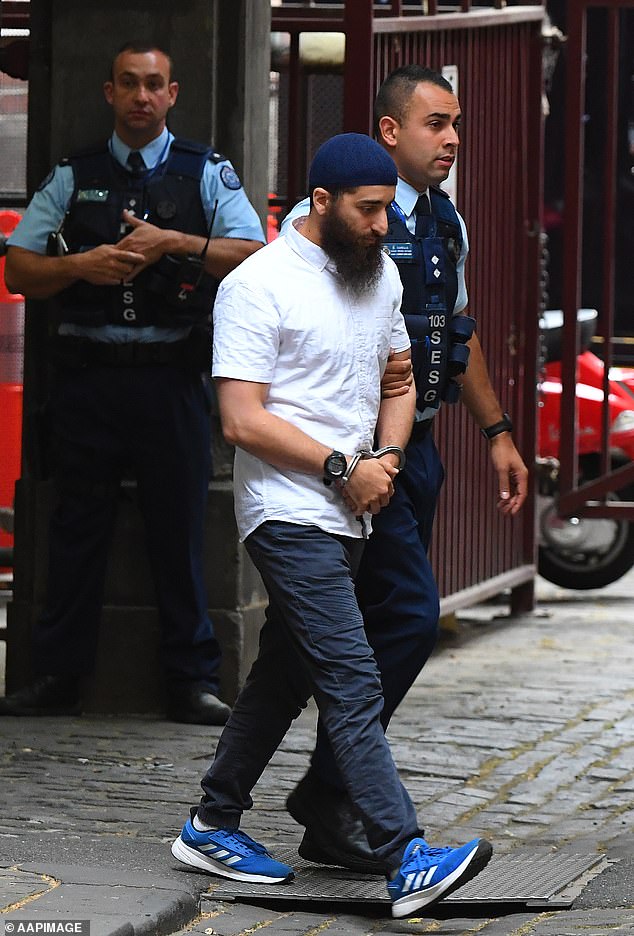 Abdullah Chaarani (centre) arrives to the Supreme Court of Victoria, Melbourne on Friday