Terry Crews, the host of America’s Got Talent, is weighing in on the ‘toxic culture’ controversy surrounding the NBC show.

During an appearance on the third hour of Today on Thursday, the 51-year-old said he had not experienced any racist comments during his time on the Simon Cowell-created reality series.

‘In fact, it was the most diverse place I have ever been in my 20 years of entertainment,’ Crews stated.

Defense: Terry Crews weighed in on the America’s Got Talent controversy Thursday during an appearance on Today, calling the NBC show ‘the most diverse place’ he’s ever worked

Crews took over from Tyra Banks as host of the show last year.

Crews remarks come as NBC continues its investigation into claims by Gabrielle Union that she had experienced racist comments and been told she was wearing her hair ‘too black’ for the AGT audience.

Union joined the talent competition as a judge for its 14th season along with former DWTS personality Julianne Hough. Neither were invited back for season 15.

Addressing Union’s claims, Crews said Thursday: ‘First of all, I can’t speak for sexism because I’m not a woman, but I can speak on behalf of any racism comments. That was never my experience.’ 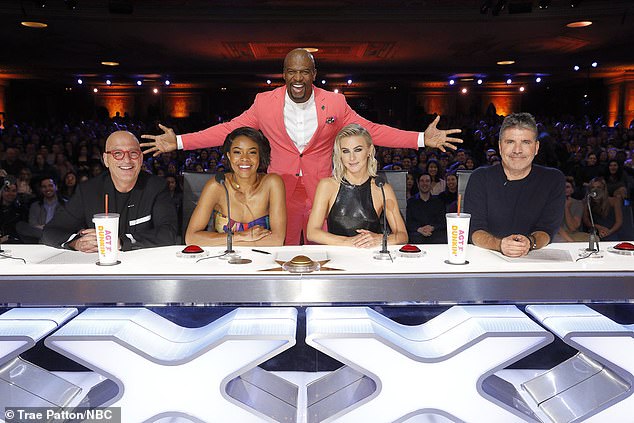 The way it was: Gabrielle Union and Julianne Hough joined Howie Mandel and Simon Cowell as judges for season 14 of AGT with Crews taking over as host from Tyra Banks 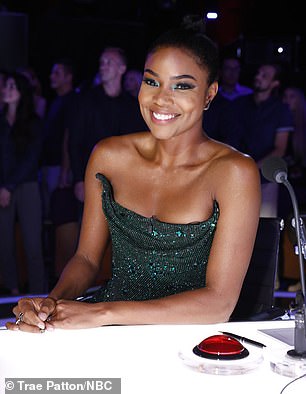 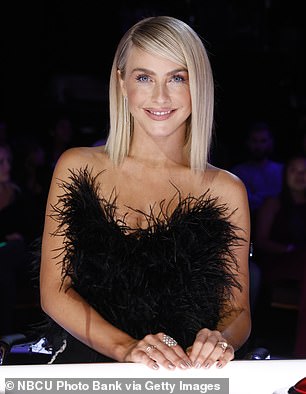 Controversy: Neither Union nor Hough were invited back for season 15, and Union subsequently accused the show of a toxic culture which included racist and sexist comments

Weighed in: ‘First of all, I can’t speak for sexism because I’m not a woman, but I can speak on behalf of any racism comments. That was never my experience,’ Crews, 51, said Thursday

NBC has stated publicly that the network is taking Union’s complaints about troubling behavior on the set of AGT seriously.

NBC has spoken with Union as part of its formal investigation which is scheduled to be completed by the end of this month.

On January 11, NBC’s entertainment chief Paul Telegdy told a TV critics event: ‘I’m very confident if we learn something … we will put new practices in place if necessary.’

He went on: ‘We certainly take anyone’s critique of what it means to come to work here incredibly seriously… We want to always go after the truth. That’s our culture here, you can ask anyone who works here.’ 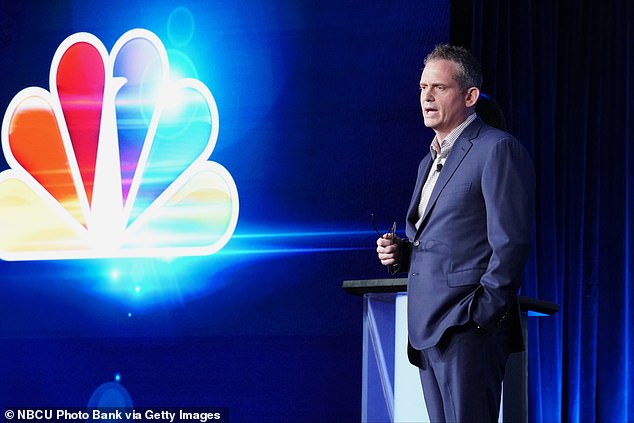 Spotlight: NBC’s entertainment chief Paul Telegdy recently said that the network takes the allegations about AGT very seriously. The investigation is set to be completed this month

Union and Hough had replaced longtime AGT judges Mel B and Heidi Klum who were on the show for six seasons from 2013 until 2019.

Klum has now returned as a judge for the season 2 of the spin-off America’s Got Talent: The Champions, joining newcomer Alesha Dixon, a British rapper and TV personality.

Klum, 46, recently clarified remarks she had made which seemed to defend America’s Got Talent against charges of racism.

‘My experience may not be the same as Gabrielle’s,’ she admitted in an interview with People published last Friday.

Saying her own experience has been ‘a positive one’, Klum explained: ‘I can only speak of my own truth, and by no means is that meant to negate or question Gabrielle’s truth.’

‘To me, everyone treats you with the utmost respect. I’ve never seen anything that was weird or hurtful,’ she added.

Union’s husband, former NBA player Dwyane Wade, and other prominent people have called for answers on why she was fired.

In a statement last November, NBC and Fremantle defended what they called the show’s ‘long history of inclusivity and diversity.’

The Screen Actors Guild‐American Federation of Television and Radio Artists, of which Union is a member, also said that it was working with the actress to investigate her complaints. 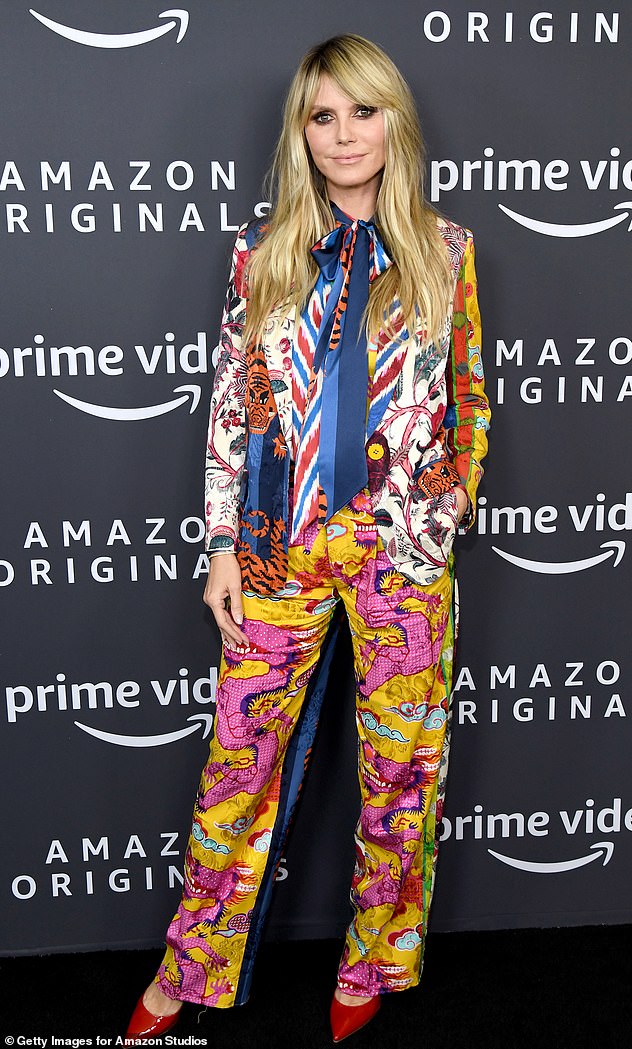 Spoke out: Heidi Klum, a judge on AGT for six seasons, has said she didn’t see anything ‘hurtful’ while working on the show. ‘My experience may not be the same as Gabrielle’s,’ she admitted in an interview with People published last Friday