By Vic O’sullivan For The Daily Mail

Limerick finds it hard to catch a break. Even its nickname, the Treaty City, is a reminder of a raw deal. Then Galway beat it to become 2020 European City of Culture.

The upside of all this is that it’s a bargain — and charming too. Just over three hours west of Dublin and 20 minutes from Shannon Airport, it offers an intimate experience of contemporary Irish life.

Local rugby legends such as Paul O’Connell hang out in the city’s pubs and cafes — in fact, rugby has displaced church as the major weekend draw.

On the water: King John’s Castle has dominated Limerick’s riverfront for 800 years

The city’s ridged Georgian grid cascades towards the River Shannon and into its medieval centre.

Forget transport, you can walk to Englishtown, launch pad for the flight of Ireland’s Wild Geese, a Catholic army of James II loyalists led by local hero Patrick Sarsfield in 1691.

Stroll down narrow lanes to King John’s Castle, which has dominated Limerick’s riverfront for 800 years. It’s had a multi-million-euro facelift.

The late, great Terry Wogan, born and raised here, once said: ‘Limerick never left me; whatever it is, my identity is Limerick.’ 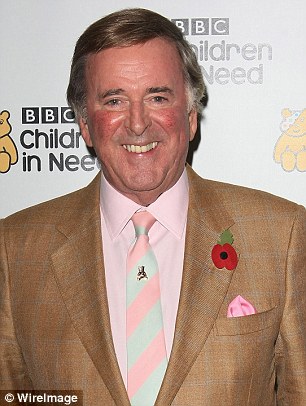 Gone, but not forgotten: The late Terry Wogan was born and raised in Limerick

Thomond Park Stadium, Limerick’s version of Sydney’s opera house, is an integral part of that identity.

It’s a giant concrete commitment to Munster Rugby, the team that unites the city.

Another Limerick staple is the pub: head to Willie Sexton’s on Henry Street, whose patrons have Guinness flowing through their veins.

Tom Collins on Cecil Street is the definitive old man’s pub, with the accompanying political banter.

Frank McCourt’s Angela’s Ashes is set here, and the city also boasts a statue of its export to Hollywood, Richard Harris.

He poses with crown and sword — and looks proud to be here.

Travel Facts: Plan your own weekend in Limerick

Ryanair and Aer Lingus fly from London, Manchester and Birmingham to Shannon from £30 return.