Business chiefs will today warn Tory plotters they are putting a ‘wrecking ball’ to the economy by failing to back Theresa May’s Brexit plan.

The CBI said firms are ‘watching on with horror’ at the antics in Westminster.

Tesco chief John Allan, the CBI’s president, will today attack MPs for creating turmoil that is ‘damaging our country now’.

He will tell them: ‘Listen to the businesses in your constituencies – and everyone who depends upon them.’

As the Prime Minister’s opponents hope to mount a fresh bid to oust her, yesterday she warned them a change of leadership would bring uncertainty that would threaten jobs and jeopardise Brexit.

Mrs May will today face down her Cabinet critics who want her to re-open talks with Brussels, saying the deal has already been ‘agreed in full’;

She will attempt to get on the front foot by explaining how her deal delivers an end to free movement that means EU nationals wanting to come to Britain will no longer be able to ‘jump the queue’;

The chairman of the 1922 Committee of backbench Tory MPs revealed the rebels hoping to unseat Mrs May have still not reached the 48 letters required to trigger a confidence vote;

Former Brexit secretary Dominic Raab attempted to burnish his leadership credentials by distancing himself from Boris Johnson, setting up a potential battle between the pair for the Brexiteer vote; 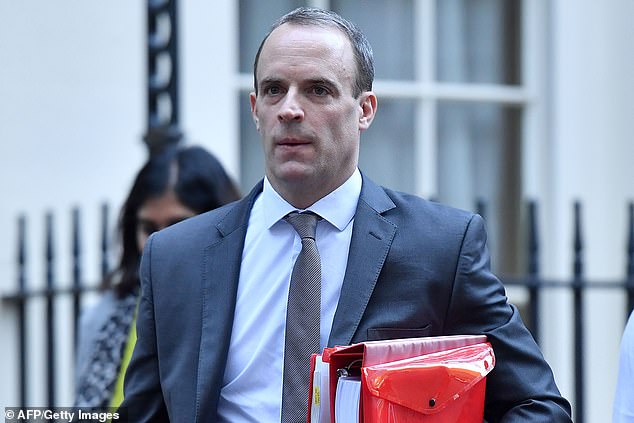 Tory whips urged disgruntled MPs to keep backing the Government in this week’s votes on the Finance Bill;

Brussels is set to offer Mrs May a two-year extension to the Brexit transition, which could mean continued freedom of movement and extra payments of £10billion a year;

Jeremy Corbyn admitted he had not even read the Prime Minister’s entire 585-page deal – and said he did not know how he would vote in a second referendum;

Nicola Sturgeon revealed she is planning talks with the Labour leader to derail Brexit. 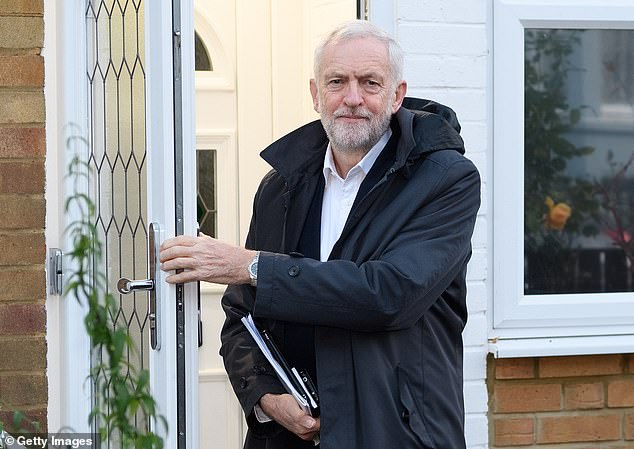 She also said she will reveal demands for another Scottish independence vote ‘in the not-too-distant future’;

A key ally of German Chancellor Angela Merkel repeated warnings that Britain will not be able to renegotiate the Brexit deal on the table.

At the CBI’s annual conference in east London today, Mr Allan will urge MPs to get behind Mrs May’s Brexit deal to boost the economy.

He will say: ‘While companies in this room would be the first to say that it is not perfect, it does open a route to a long-term trade arrangement and unlocks transition – the very least that companies need to prepare for Brexit.

‘Most importantly, it avoids the wrecking ball that would be a no-deal departure.’

Mr Allan will list examples of lost investment which have resulted from uncertainty over Brexit.

He will say: ‘This turmoil is damaging our country now. In the past few days alone, I’ve heard of a life sciences firm in the North West that has cut almost all investment in the UK – putting it instead in Germany and China.

‘I’ve heard a Northern Irish tech firm has stopped winning contracts because their aerospace customers are worried about Brexit.

‘Eighty per cent of firms have already cut or postponed investment because of the risk of a no-deal exit.

‘So our message to the politicians is this… listen to the businesses in your constituencies – and everyone who depends upon them.’

His comments come after CBI director-general Carolyn Fairbairn yesterday warned that firms had ‘watched on with a degree of horror that there is just so little sense of consensus’ in Westminster.

Miss Fairbairn, whose CBI campaigned for Remain ahead of the referendum, told Sky News’s Sophy Ridge on Sunday the Brexit deal was ‘not perfect, it is a compromise’. But she added that most importantly, it would ‘take no deal off the table’.

Her comments were echoed by the UK Chamber of Shipping, which yesterday said Mrs May’s critics needed to ‘put up or shut up’.

Chief executive Bob Sanguinetti said: ‘We have now run out of time… their dissent requires them to put forward a clear, unambiguous and workable alternative immediately.’