‘She should be at home with her family’: Tesco employee caught up in car park rampage is left in hospital with broken back on Christmas Day

By James Wood and Darren Boyle for MailOnline

A woman is lying in hospital with a broken back after a car used by a suspected thief smashed into her during a dramatic getaway from a Tesco supermarket.

A shock video emerged yesterday showing members of the public ramming shopping trolleys into the side of car being used by the suspected thief.

One person was seriously injured by the car, which drove directly at pedestrians at the Tesco supermarket in Rickmansworth.  A second person was also taken to hospital with minor injuries.

Now a friend and colleague of the seriously injured victim – a mother with partner – has set up a GoFundMe to raise funds for the victim. 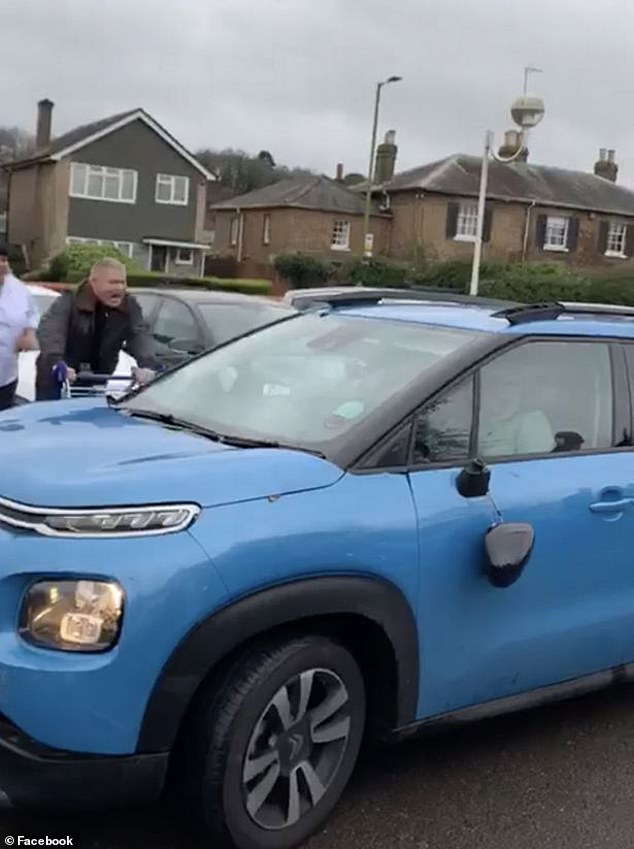 Julia Matthews has started a GoFundMe to raise money for the injured woman. She wrote on the page: ‘I’m sure a lot of you seeing this have seen the video of a blue Citroen ramming people and cars in a Tesco car park in Rickmansworth just before Christmas.

‘I’m sure you’ve read or heard how they attempted to steal from the store, make a get away and in the process injure two people, one of whom was seriously injured and is now in hospital with a broken back.

‘This is my friend and colleague and she shouldn’t have had this happen to her ever, but especially not just before Christmas.

‘She should be at home with her family, with her partner and her child enjoying the holiday.’ 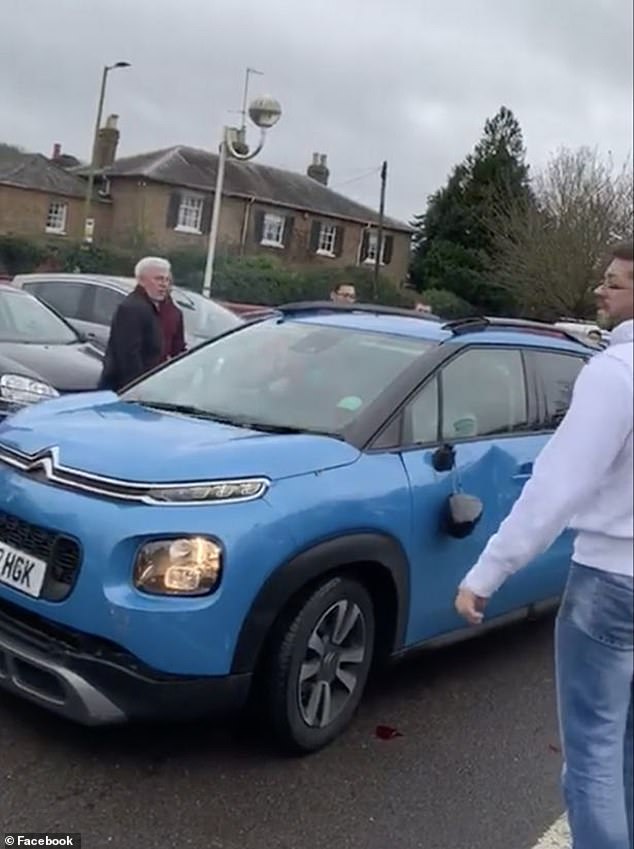 Police believe the driver and passenger of the Citroen C3 had tried to steal alcohol from the supermarket before attempting to flee.

Witnesses used shopping trolleys and an metal bar to hit the car in an effort to stop it from leaving the car park after the two victims were run down.

Ms Matthews continued: ‘I’ve created this for all those who have asked for a way to help, to help bring some positivity and love into her life when it has been shattered by selfish criminals.

‘The money will help her with her recovery and help her to enjoy Christmas when she is allowed to go back home.’

The page has so far raised £255 and is currently trending on the campaign website.

In the video, one of the blow knocks off the car’s wing mirror. It also suffered damage to its doors and side panels.

Police are hunting for the two suspects inside the car and have appealed for the public’s help. 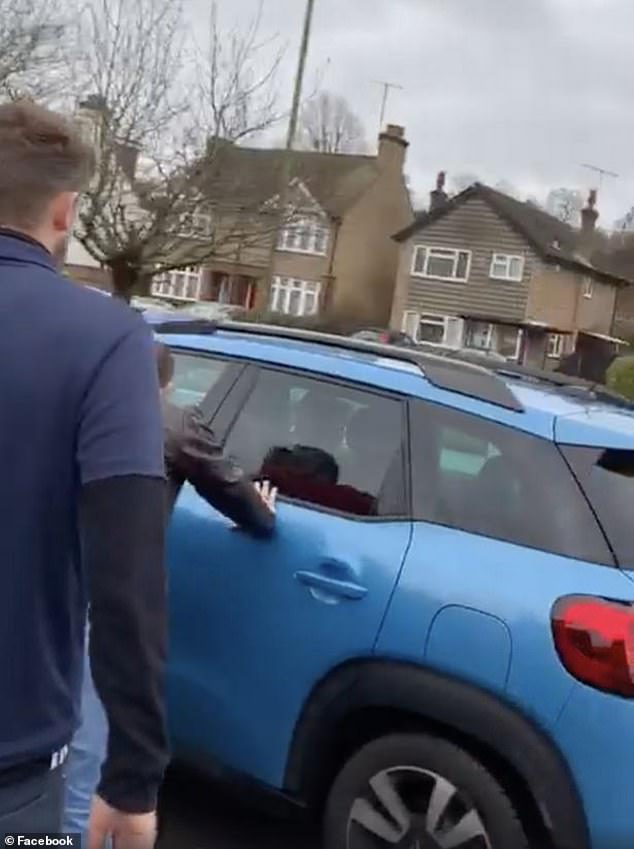 Officers have confirmed that the car used by the suspected thieves had been hired from a company.

The incident happened at the Tesco store on Harefield Road in Rickmansworth on Sunday afternoon at 1.57pm.

Some of the shoppers rammed the side of the car with trolleys.

Footage of the incident was shared widely on Facebook. Shoppers shouted at the car to stop while the driver manoeuvred in an aggressive fashion.

According to Hertfordshire Police: ‘It’s believed the driver and passenger were involved in an incident inside the store moments before the collision, where a person was challenged by the store’s security after attempting to steal alcohol.

‘Officers are continuing to work to locate the vehicle and its occupants.’

Police confirmed that two people were taken to Watford General Hospital, one of whom is in a serious condition.

Witnesses are asked to call PC David Johnson of the Road Policing Unit on 101, quoting ISR 397 of December 23.

If you would like to donate to the GoFundMe page set up by Ms Matthews please see here. 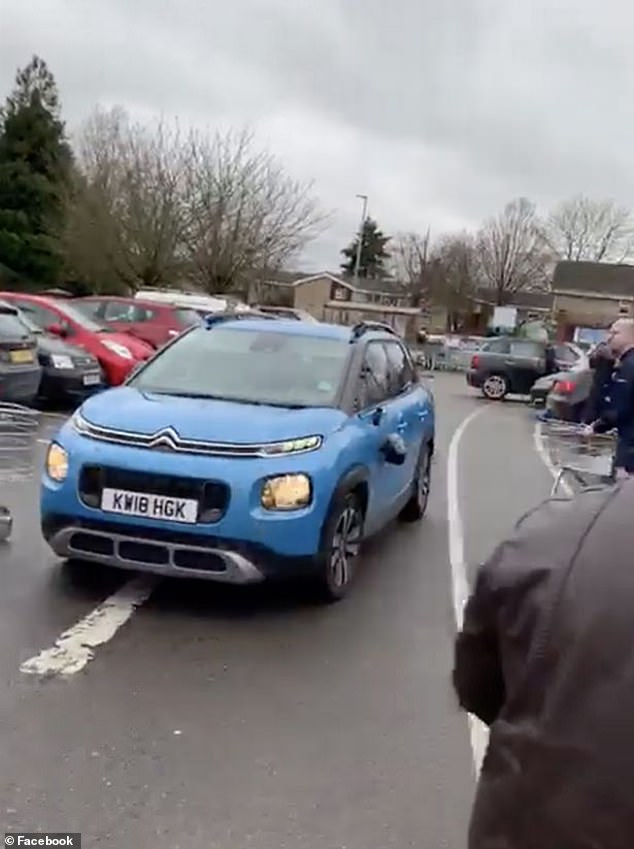