Eco-minded shoppers have criticised Tesco for selling loose fruit at nearly twice the price of the plastic-wrapped alternative.

A branch in Litherland, Merseyside, charged 17p each for lemons wrapped in non-recyclable plastic mesh compared to 30p for loose ones. Similarly, bagged clementines were 17p each, versus 22p to the non-plastic alternative.

Becky Wain, 38, who photographed the price differences, told MailOnline: ‘I’ve been consciously trying to reduce my consumption of single-use plastics so it’s quite upsetting that the most environmentally friendly option is not the cheapest.’

A branch in Litherland, Merseyside, charged 17p each for lemons wrapped in non-recyclable plastic mesh compared to 30p for loose ones 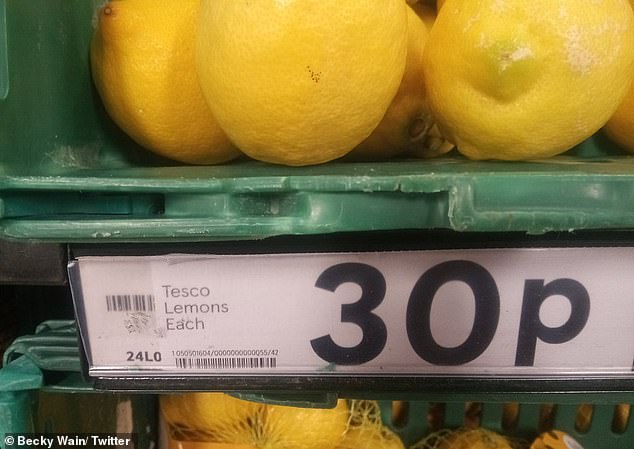 Becky Wain, 38, who photographed the price differences, told MailOnline: ‘It’s quite upsetting that the most environmentally friendly option is not the cheapest’

The shopper spotted the differently-priced products at a Tesco in Litherland, Merseyside

The shopper, who works in education and is from Long Eaton in Derbyshire, complained to Tesco, which said prepacked fruit was sometimes cheaper because it was supplied in higher quantities than the non-plastic version.

But environmental campaigners say the practice penalises shoppers who want to be green.

Do you have a story about unnecessary plastic waste?

‘Stores should be helping customers say no to pointless plastic, rather than encouraging them to buy more,’ said Friends of the Earth plastic campaigner Julian Kirby.

‘Supermarkets must do more to ditch unnecessary plastic packaging – and if they won’t the government should make them.’

The issue of the higher cost of loose fruit and vegetables has been raised repeatedly by shoppers, including TV chef Hugh Fearnley-Whittingstall, who is working with the BBC on a programme called War on Plastic.

He tweeted on June 10: ‘Hi @tesco, @sainsburys, how about helping us out and making loose fruit and veg cheaper than the packaged alternatives?! #WarOnPlastic @itsanitarani.’ 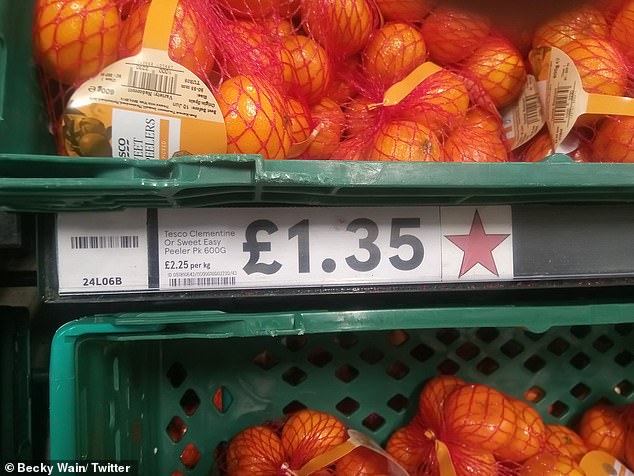 Similarly, bagged clementines were 17p each, versus 22p for loose ones. Tesco said bagged fruit can be cheaper because it is purchased in higher bulk 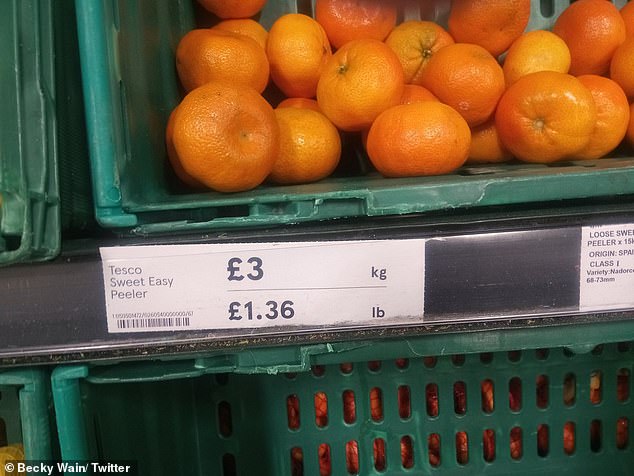 While 600g (1.3lb) of clementines costs £1.35, unwrapped they are £3 a kilo (2.2lbs) – meaning that each one is approximately 5p when bought without ocean-polluting plastic

The issue of the higher cost of loose fruit and vegetables has been raised repeatedly by shoppers, including TV chef Hugh Fearnley-Whittingstall

Growing consumer concerns about the impact of single-use plastic packaging has led Waitrose to trial the use of ‘refill stations’ on a range of products.

Shoppers will be able to buy 28 items from dispensers rather than in packs including pasta, rice, grains, couscous, lentils, dried fruit and seeds, cereals and freshly ground coffee.

Customers will also be able to purchase wine and beer on tap, as well as washing-up and laundry liquid in refillable bottles.

The initiative will be tested at a Waitrose in Oxford with a view to expanding some or all of the ideas more widely.

In a UK first, there will also be a borrow-a-box scheme for customers to take purchases home before returning it on their next visit, doing away with plastic bags. 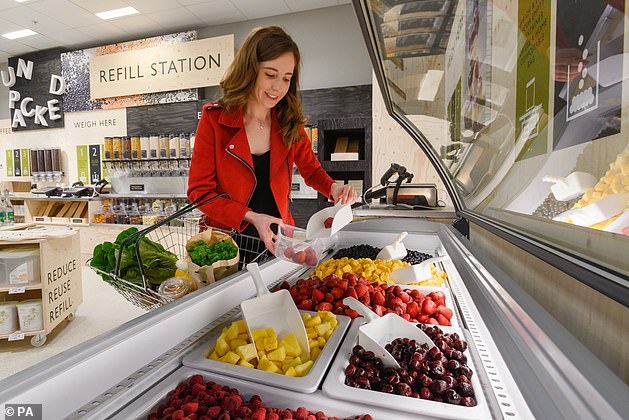 Waitrose is to test ‘refill stations’ on a range of products in a move against waste and packaging, including frozen pick and mix vegetables

Other stores are also working to cut packaging.

Sainsbury’s has removed plastic for its loose fruit, vegetables and bakery items and while Iceland has begun removing the material from its own-label goods.

A Tesco spokesperson said: ‘We are committed to offering great value on every product, including our loose fruit and vegetables.

‘Where we can remove, reduce or re use packaging, we do. Where we need packaging, because it serves a purpose, we will make sure it is fully recyclable.’