Crack in fashion! Tesco stocks white eggs for the first time in more than 40 years after huge rise in demand

White eggs normally only used by restaurants and fast food chains are making a surprise comeback at Tesco after more than 40 years.

The reintroduction, following a successful trial, takes place after a huge rise in demand for eggs from shoppers during lockdown.

Fresh eggs sales have risen dramatically in the UK since the outbreak of the coronavirus pandemic and were even sold out during the consumer stockpiling phase that characterised the period immediately before lockdown was brought in.

With more people cooking and eating at home and the number of home-bakers soaring since the pandemic started, Tesco has seen demand for the versatile food – which is high in protein – rocket by 30 per cent year on year.

The eggs – which are used in McDonald’s breakfast McMuffins – will cost the same as the brown free-range equivalent, starting from 89p for a box of six medium eggs and £1.69 per dozen.

Jean-Paul Michalski, the director of Noble Foods, who are supplying the UK’s largest retailer with the white eggs, said: ‘Generally our white eggs are sold to a very large global restaurant chain which unfortunately had to close its doors because of the pandemic.

‘They are also used within egg processing where the egg is broken into a liquid to be used for food manufacturers, hotel or restaurants.

‘None of our standard retail customers stock white eggs so we are really grateful to Tesco for stepping in and helping us out as the white eggs would have gone to waste.’ 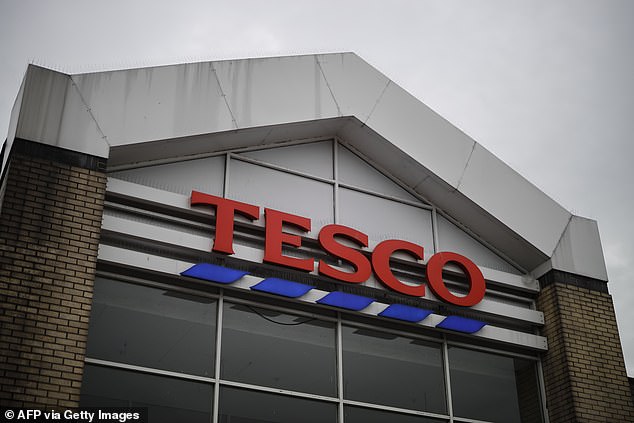 With more people cooking and eating at home since the coronavirus pandemic started, Tesco has seen demand for eggs rocket by 30 per cent year on year

Until the early 1970s white eggs – which are generally medium-sized – were popular in the UK.

WHY ARE BROWN EGGS MORE POPULAR THAN WHITE EGGS?

Up until the early 1970s white eggs – which are generally medium sized – were popular in the UK but they fell out of favour by the end of the decade when shoppers began switching to the brown variety which tend to be larger.

The move was mainly due to misconceptions back in the late 1970s that white eggs were of lower quality and even that they were bleached which has now been rebuffed.

Since the 1980s, the UK industry has produced nearly 100 per cent brown shelled eggs for high street retailers.

The most popular chicken breeds that only lay white eggs include the White Leghorn, Andalusian, Polish chicken, Ancona, Egyptian Fayoumis, Hamburg and California

However, by the end of the decade they had fallen out of favour when consumers converted to the brown variety, which were larger and seen as healthier.

Since the 1980s, the UK industry has produced nearly 100 per cent brown shelled eggs for high street retailers.

Tesco eggs buying manager Megan Kilby said: ‘The initial trial during the lockdown has been a success and we will now be stocking white free range eggs for the first time in more than 40 years.

‘These eggs are used throughout the restaurant industry so shoppers can be assured of their quality.

‘The move could also have a massive agricultural benefit as white hens are more docile than brown ones and lay eggs for longer and more reliably too.’

Britons spent £88m on fresh eggs as they stockpiled staple foods in the four weeks preceding the UK’s initial lockdown, according to data from the British Egg Industry Council.

During the four weeks leading to the week ending 22 March, an estimated 621 million eggs were sold – which amounts to nearly 20 per cent more than the same time last year when 518m eggs worth £74million were sold. 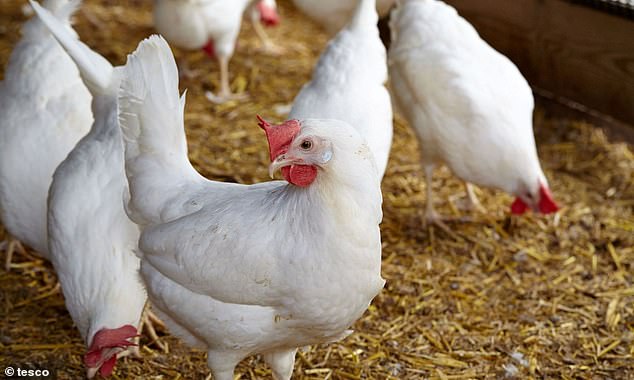