A supermarket’s plan to fine customers for parking over two spaces has been slammed as ‘ridiculously unnecessary’ and ‘greedy’.

Warning signs from parking company Horizon Parking have appeared in the car park at Tesco’s Ingleby Barwick store on Teesside, telling customers they must stay within the white lines of the bays or face a £70 penalty.

Other rules include displaying a blue badge when parking in a disabled spot and not abusing the parent and child bays.

Some shoppers say they should just make the bays bigger to fit large 4x4s dubbed ‘Chelsea tractors’ regularly seen on the estate.

But others say offenders deserve a fine and ‘it’s about time’ they were punished.

Tesco’s Ingleby Barwick store, in Stockton-on-Tees, North Yorkshire, where customers can park for free but face a big fine if they don’t do it accurately

One customer posted on social media: ‘I visited Tesco today and I was tipped off that if you don’t park within the white lines of the parking bay, the wardens will photograph your car and issue a £70 fine.

‘If you read the new signs in the car park it does indeed say that. Frightening, ridiculously unnecessary and greedy. Be warned.’

Responses were split between those that agreed with the fines, and those that didn’t.

Those that were against the fines said: ‘I think it’s a disgrace when I have to pay 30 quid a month to park my car at the hospital I work at, now potential to be charged to get my weekly shopping.’

Another admitted they were one of the drivers that took up two spaces – after having their car repeatedly damaged.

The motorist wrote: ‘I’ve had my pride and joy hit seven times in car parks since January by inconsiderate people that can’t drive, can’t park and don’t have the decency to leave a note and take responsibility for their appalling driving.

‘Hence why I park at the back of car parks now across two spaces!’ 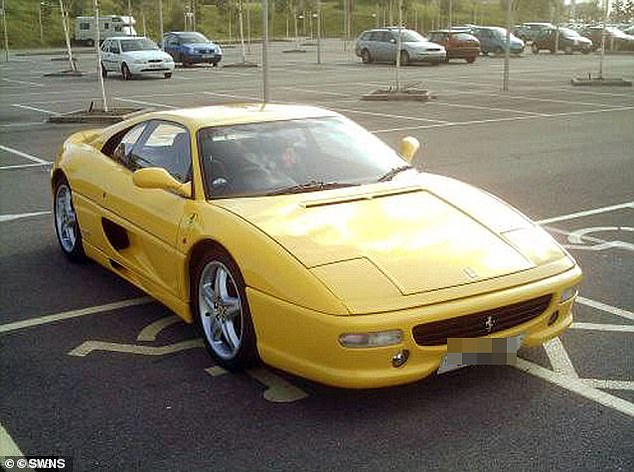 The driver of this Ferrari chose to protect their supercar across four spaces including two disabled bays. Inconsiderate parking like this may have led to the clampdown at Tesco 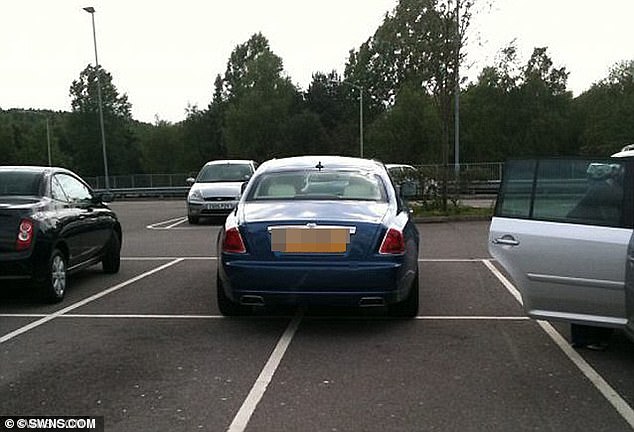 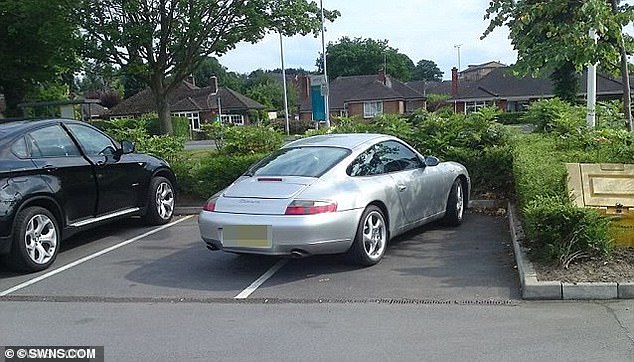 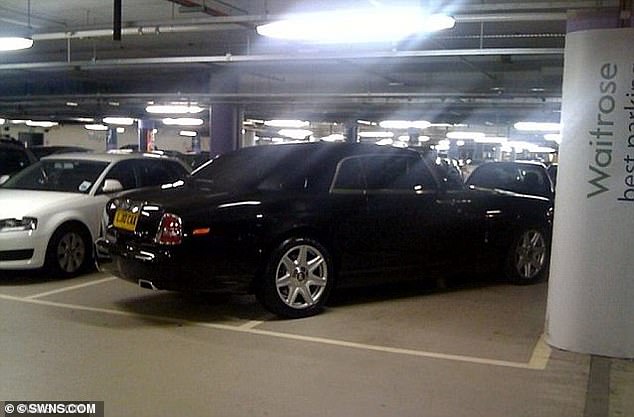 One customer of the store told Teesside Live: ‘Cars are getting bigger again with these SUVs and Chelsea tractors – but there are worse things we should be worrying about than this.’

‘It’s ridiculous. You can go to other places and not have this hassle.’

‘They should spend more time on people parking in disabled bays and parent and child spaces that shouldn’t be there, not for parking slightly over a white line.’

On the other side of the argument, one reply recommended simply: Don’t park like an idiot and you won’t get a fine.’

Others wrote: ‘Those people deserve fines for being disrespectful to other people who then can’t get parked.’

And ‘Why is this seen as bad? Why not fine them and set an example’, and ‘Good – about time’

One customer said on social media the warning signs had not seemed to deter poor parkers, writing: ‘I’ve seen plenty of people abuse it, even since the signs have gone up.’

MailOnline has contacted Tesco and Horizon Parking for comment.

Earlier this month a petrolhead who got so sick of his beloved cars getting dented bragged about deliberately parking across two spaces. 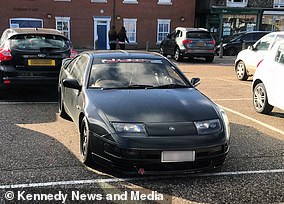 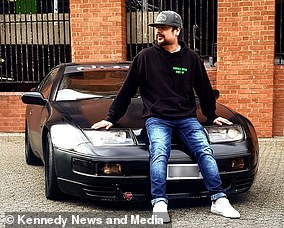 Shop manager Mr Jameson has owned eight cars since 2012 and claims each one has been scratched or dented by careless drivers, costing him thousands in repairs

The 30-year-old’s technique has become known as ‘Clarkson parking’ after Top Gear presenter Jeremy Clarkson was spotted parking across two bays in 2016.

Shop manager Chris Jameson has owned eight cars since 2012 and claims each one has been scratched or dented by careless drivers, costing him thousands in repairs.

So after buying a Nissan Fairlady 300Z in October, Mr Jameson vowed to park the 27-year-old Japanese import in the middle of two spaces to avoid any scrapes.

But defending himself against those who branded his parking ‘selfish’ on social media, Mr Jameson pointed out that he does in fact pay for two tickets.

Mr Jameson, from Lowestoft in Suffolk, said: ‘I’m considerate about where I park. I haven’t done it to be a d**k deliberately.

‘I’m just trying to minimise the damage to my car as much as I can. I pay for two tickets. I can see why people get p***ed off when people park badly – I hate that myself.’