Tesla Inc has flown six planes full of robots and equipment from Europe to California in an unusual, high-stakes effort to speed up battery production for its Model 3 electric sedan, people familiar with the matter told Reuters this week.

Transporting equipment for a production line by air is costly and hardly ever done in the automotive industry, and the move underscores Tesla Chief Executive Elon Musk’s urgency to get a grip on manufacturing problems that have hobbled the launch of the high-volume Model 3 and pushed Tesla’s finances deep into the red.

‘As usual with Tesla, everything is being done in a massive hurry and money seems to be no obstacle,’ said one of the two sources.

Tesla on Friday declined to comment on whether it has shipped in any new production equipment from Europe.

Transporting equipment for a production line by air is costly and hardly ever done in the automotive industry, and the move underscores Tesla Chief Executive Elon Musk’s urgency to get a grip on manufacturing problems

Investors are closely watching Tesla and its high-profile, often brash CEO to see if the upstart electric vehicle maker can pull off high-volume production of the Model 3, a car with the potential to catapult the niche automaker to a mass producer and assure its financial stability.

But manufacturing missteps have led Tesla to repeatedly miss production targets for the sedan, and raised doubts about Musk’s promises that the company will stop burning cash by the third quarter of this year.

Tesla had free cash flow of negative $1 billion in the first quarter, and earlier this month disclosed that it could offer its Fremont, California, vehicle assembly plant as collateral for debt.

Engineers from Tesla’s German engineering arm, Grohmann, are now reworking the battery production line at the Gigafactory near Reno, Nevada, in a bid to free up bottlenecks, the person said.

The line will become more automated gradually over time, added the source, who was not authorized to speak for attribution.

Musk first disclosed plans for this line on a conference call with analysts in November, after complaining of problems with an original line built by a subcontractor.

Musk has told investors the new battery production line will help the carmaker achieve a quantum leap in productivity.

The company has noted, however, that it will still be able to reach its target of building 5,000 Model 3s per week by June without the addition of the new line. 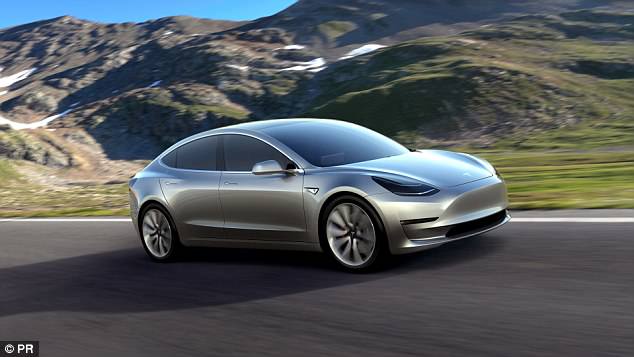 Tesla Inc has flown six planes full of robots and equipment from Europe to California in an unusual, high-stakes effort to speed up battery production for its Model 3 electric sedan, people familiar with the matter told Reuters this week

But Tesla’s lack of consistency in its factories has undercut Musk’s production promises in the past.

Under time pressure to fix problems, Musk has now insisted the new production line should be a no-expenses-spared effort, the source said.

The shipments of new equipment began arriving in Reno this week, the two sources told Reuters.

It is not clear when the new production system will be ready to start running.

Robots frequently need to be recalibrated to adjust for minimal differences in the quality of raw materials they are working with or temperature and humidity differences.

Steps to test the quality of materials and recalibrate robots have proven to be a bottleneck that Tesla managers had underestimated, the first source said.

Musk has repeatedly complained of ‘manufacturing hell’ trying to ramp up the Model 3, which began production, albeit slowly, last July.

In February, Musk said the main bottleneck was still its battery module production, saying Tesla had become ‘a little overconfident, a little complacent’ in its ability to execute.

The Gigafactory’s battery production is divided into four zones, two of which have experienced problems.

Responsibility for two of these zones was originally delegated to subcontractors specialised in integrating complex systems, Musk said.

Tesla’s ‘Gigafactory’ is located on Electric Avenue in Sparks, Nevada.

Tesla says the factory will be producing 35 gigawatt hours of batteries by 2018. 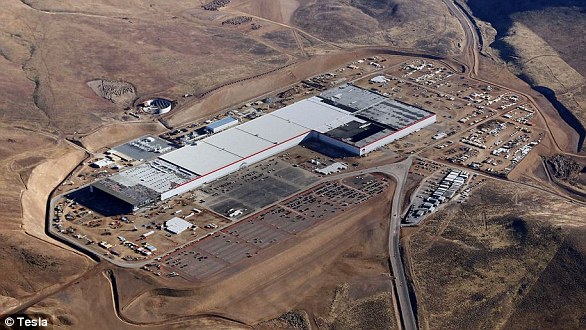 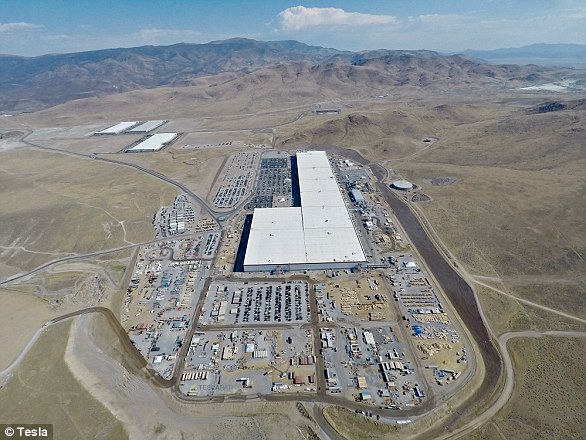 It’s currently about 30 percent finished – and once complete, it will be the biggest building in the world

Once completed in 2020, the factory is set to become one of the biggest buildings in the world, with a final size of 10 million square feet.

‘Once complete, we expect the Gigafactory to be the biggest building in the world,’ Tesla said.

‘We were promised they would work, and it just didn’t work,’ Musk said during a February conference call.

A new design for an automated system for those zones was nearing completion, Musk said in November, adding that Grohmann was ‘working on the issue and making very rapid progress.’

One of the problems, both at the Gigafactory and at Tesla’s Fremont vehicle manufacturing factory, has been the interface between Tesla and the subcontractors it hires.

Sources have told Reuters of communication problems and high managerial turnover, which complicate the execution of big projects.

Musk said in early May he planned to rid the company of ‘barnacles’ – contractors and subcontractors – saying Tesla’s reliance on them had become ‘out of control.’