Texas cop, 59, is arrested for murder after shooting his brother dead

A Texas cop has been arrested for fatally shooting his brother after allegedly mistaking him for an intruder in his home.

Robert Lee, 59, was taken into custody after calling police himself on Friday in Stagecoach, Texas.

He fatally shot his brother Rocky Lee, 57, in the bathroom of his home not long after 5pm on Friday.

Rocky, who worked for the Harris County Sheriff’s Office in Houston, was shot multiple times. 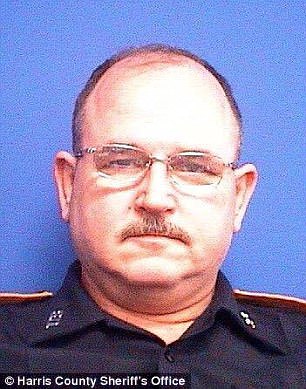 Robert Lee, 59 (left), is in custody for the murder of his brother, 57-year-old Rocky (right). Robert shot Rocky multiple times in his home in Stagecoach, Texas, on Friday then told police he thought he was an intruder

According to The Houston Chronicle, Robert told police that he thought his brother was an intruder.

Robert works for the Stagecoach Police Department and has been in the force for 35 years.

On Saturday, Robert was charged with murder. He remains in jail.

In Harris County, where Rocky worked, his colleagues mourned him on Saturday.

‘One of our Deputy’s was shot & killed by his brother (a current Stagecoach PD Officer).

‘Unknown what led to the shooting, but the initial version involving a burglary is inaccurate,’ Ed Gonzalez of the Harris County Sheriff’s Office wrote on Twitter. 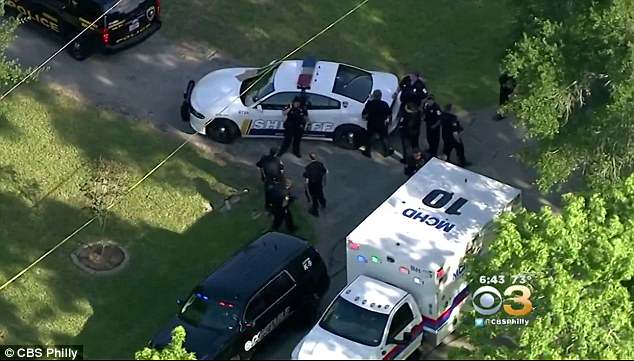 Police found Rocky shot to death in his older brother’s bathroom at 5pm on Friday. Above, the scene at Robert’s house after he called police

‘It is with heavy hearts that we report the passing of Deputy Rocky Lee.

Stagecoach is around 45 miles from where Robert worked. 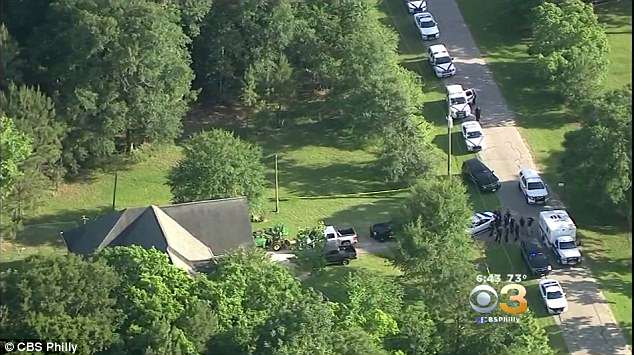 It remains unclear if there was any bad blood between the two brothers. They lived and worked around 50 miles apart