Texas deputy is shot while responding to a disturbance call

A young Texas deputy is undergoing surgery for ‘serious injuries’ after he was shot several times in the lower extremities while responding to a disturbance call early Tuesday.

The officer has been identified as Christopher Gaines, 25, with the Harris County Constable Precinct 4.

Gaines was alongside a group of deputies when he responded to a call around 2am at the 12400 block of Saratoga Woods Lane in Atascocita.

An armed male walked outside of the home when the officers arrived, Constable Mark Herman said in a press conference.

Deputy Christopher Gaines, 25, was wounded after being shot early on Tuesday. He is pictured above lying in a hospital bed while gripping onto a person’s hand 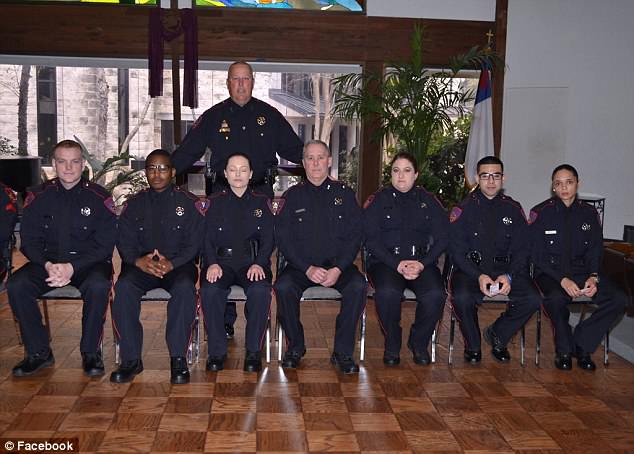 Gaines, far left, was said to be suffering the most serious injuries of all of the officers involved

‘Upon deputies arriving, they had a male come out of one of the houses with a rifle and began shooting. Our deputies quickly returned fire,’ Herman said.

‘The suspect was struck multiple times. I think we had a total of three to four deputies who discharged their weapons.’

While speaking of Gaines, Herman said he is undergoing surgery at the Memorial Hermann Hospital.

‘That’s all I can tell you. We have the scene secured out there (and) the suspect has been transported to Ben Taub and police investigation will continue.’ 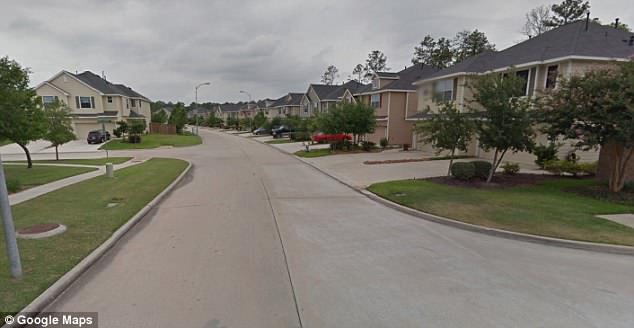 He said others deputies were transported to a local hospital after they were wounded during the shootout, but the injuries were less severe than Gaines’.

‘The guy was shooting a shot gun with buckshots and multiple deputies have been transported.

‘Again, that’s all I can really tell you, and my main goal right now is to check on my guy that has been severely struck in the lower extremities.’

Herman issued an update to his Twitter page Tuesday morning, confirming Gaines is now in stable condition at the hospital.

He shared a photo showing the deputy lying in the hospital bed while gripping onto a person’s hand standing next to him. 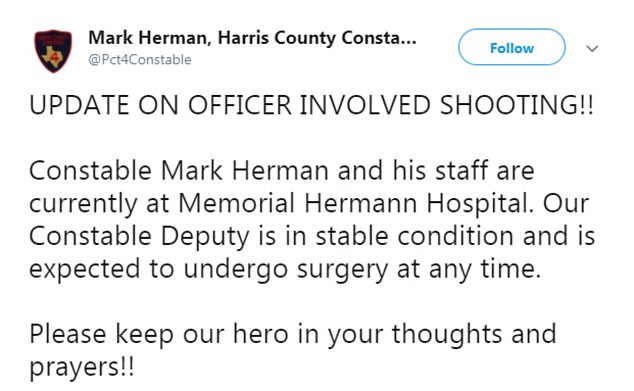