Texas has executed a death row inmate 13 years after he murdered a pregnant prostitute then stuffed her body in a suitcase and tossed her in a landfill.

Rosendo Rodriguez III, 38, was executed at the Huntsville unit on Tuesday night.

Before being given the lethal injection, he spoke for seven minutes but showed no remorse for killing 29-year-old Summer Baldwin in 2005 or 16-year-old Joanna Rogers the year before that.

Rodriguez only confessed to Rogers’ killing once in custody for Baldwin’s murder. He had met the teenager after chatting with her online and killed her in the same way he murdered Baldwin but was not found out until after the second murder.

Both women’s families watched the execution through a window on Tuesday but Rodriguez did not acknowledge them.

‘The state may have my body but they never had my soul.

‘I’ve fought the good fight, I have run the good race. Warden, I’m ready to join my father,’ were his final words. 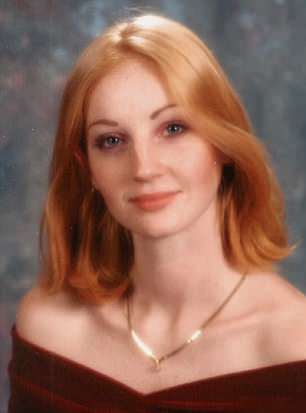 Rosendo Rodriguez, 38, was executed on Tuesday night in Huntsville, Texas. In 2005, he strangled pregnant prostitute Summer Baldwin (right) then put her body in a suitcase and tossed it in a landfill. Prosecutors at his trial said she was still alive when she was placed in the bag 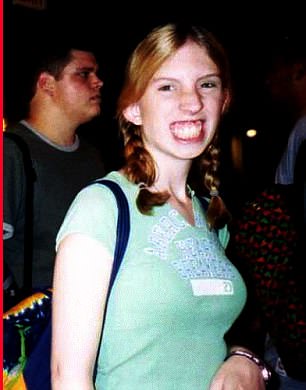 Rodriguez also murdered 16-year-old Joanna Rogers the year before he killed Baldwin. He was already in custody when he confessed to it

Rodriguez also complained about the death penalty and implored people to ‘boycott every business in Texas’ until the state outlaws capital punishment.

It took 22 minutes for him to die after he was given a lethal dose of pentobarbital.

In 2005, Rodriguez suffocated Baldwin, who was described as a ‘drug addicted prostitute’, after the pair had consensual sex in a hotel room.

At the time, he was in the Marine Corps and was based in San Antonio but was in Lubbock on leave.

He had been living with his parents.

He was arrested after police found her body in a suitcase at a landfill days later. Rodriguez had paid for the suitcase with his debit card.

He told police that he strangled her in self-defense when she pulled a knife on him.

Baldwin was ten weeks pregnant at the time and already had four children.

A jury rejected his claims and found him guilty of first degree murder.

Once in custody, he also admitted to murdering teenager Joanna Rogers the year before. 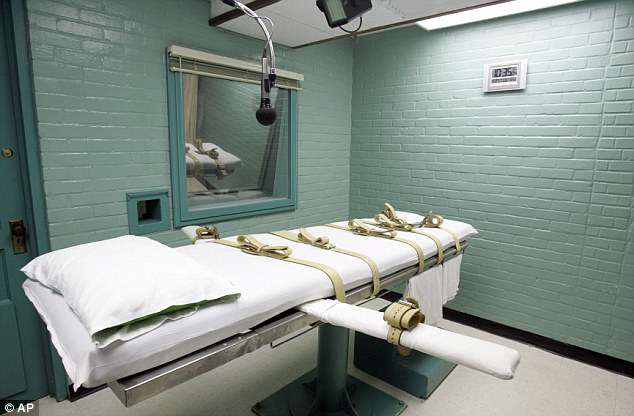 It took Rodriguez 22 minutes to die after he was given the lethal injection in the death chamber of the Huntsville Unit (above) on Tuesday night. He spoke for seven minutes beforehand but did not acknowledge his victims’ families who were watching through a window 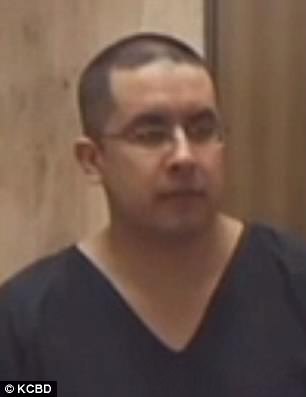 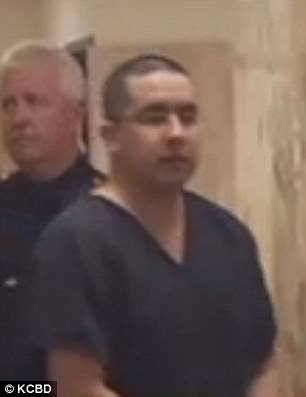 Rodriguez is shown above during a recent appeal hearing. He tried to get out of execution by complaining about the practices of the medical examiner during his trial but a judge rejected his complaints

Joanna was just 16 when he started speaking to her online. He persuaded her to meet up with him one night and she snuck out of her home.

The next day, when her parents went to her room to wake her, she was gone.

They pleaded for information about her disappearance for years. In 2006, when police were investigating Rodriguez’s killing of Baldwin, they made the connection to Joanna’s murder.

They told him that if he confessed to killing Rogers and telling them where her body was, he would not be sentenced to death.

He agreed and revealed that he strangled the teenager and put her body in a suitcase then tossed it in a landfill too. 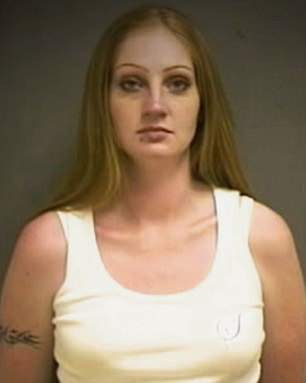 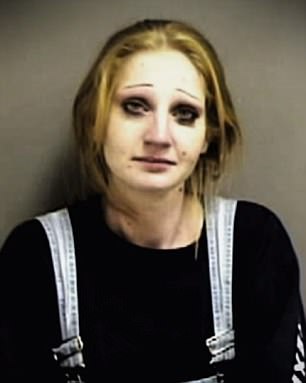 Baldwin was a drug addicted mother-of-four and was ten weeks pregnant when she died. Rodriguez told police he strangled her when she pulled a knife on them after they had sex in a hotel room

The execution was the fourth this year in Texas and seventh nationally.

The U.S. Supreme Court, less than 30 minutes before Rodriguez was taken to the death chamber, rejected an appeal to block his punishment. 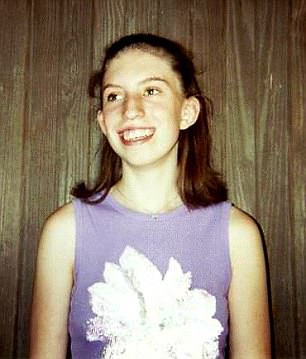 Rogers’ family had no idea what happened to her until after the other woman’s death when Rodriguez confessed that he had met the teenager out one night after striking up a conversation online. He strangled her too and put her body in a suitcase then in a landfill. It was found three years after she vanished from her home

Rodriguez’s lawyers told the justices lower courts improperly turned down appeals that focused on the medical examiner’s testimony at Rodriguez’s trial for the September 2005 slaying of Summer Baldwin. State lawyers said the high court appeal was improper, untimely and meritless, and ‘nothing more than a last-ditch effort,’ according to Texas Assistant Attorney General Tomee Heining.

Jurors who convicted him of capital murder decided he should die after evidence showed Rodriguez also was linked to at least five other sexual assaults.

Testimony at his 2008 trial showed Baldwin had about 50 blunt force wounds and may have been alive when she was folded into the suitcase and tossed into a trash bin. The contents subsequently wound up at the city dump.

‘Women were terrified of him. He used his charm and good looks and status for a long time to victimize women,’ Powell said.

‘In this case, the right guy is getting the appropriate punishment,’ he added.