A video of a high school volleyball game shows a stunning save by one of the players.

In a game between Decatur High School and Krum High school on Friday night in Krum, Texas, senior Autumn Finney made an incredible play.

The ball seemed like it was a goner after one of Finney’s teammates knocked it into the back court, but she wasn’t ready to lose the point.

Finney can be seen taking a giant leap what looks to be five feet in the air, striking the ball all the way to the other team’s court from 30 feet beyond the net, keeping it alive.

Autumn Finney, pictured far left, pulled off a spectacular save in a high school volleyball game in Texas on Friday night 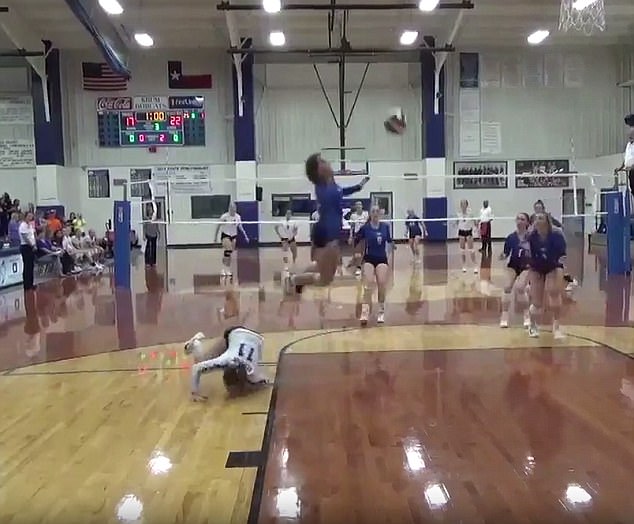 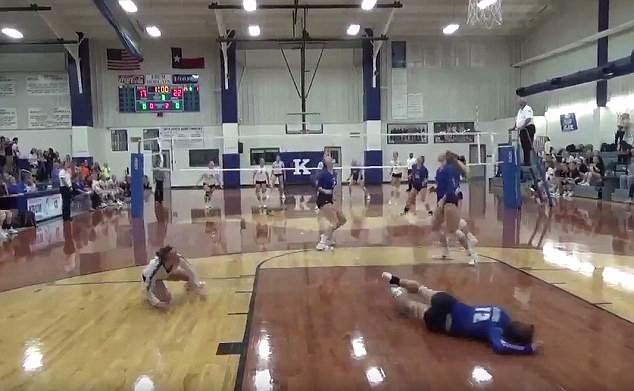 Finney then got back up and made another diving save later in the rally.

The Decatur Eagles ended up winning the point after Krum was called for an error.

Ultimately the Eagles lost the match 1-3, but this clip is definitely a winner. 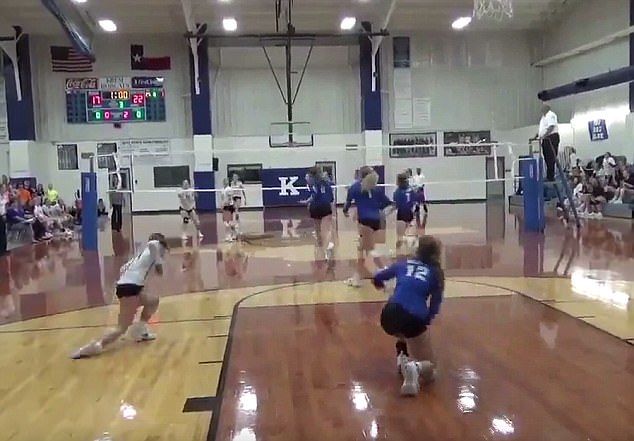 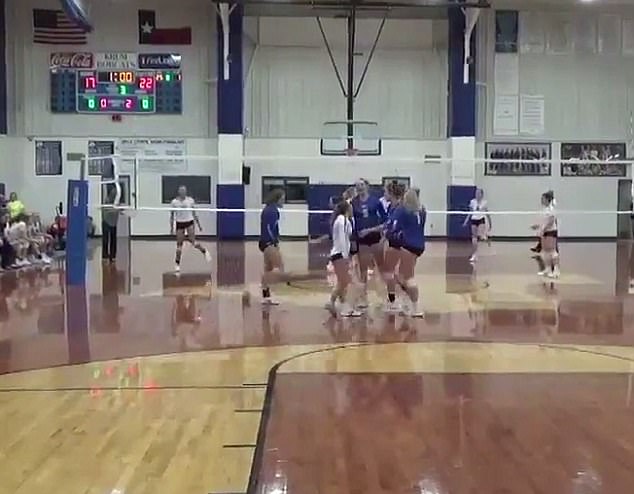 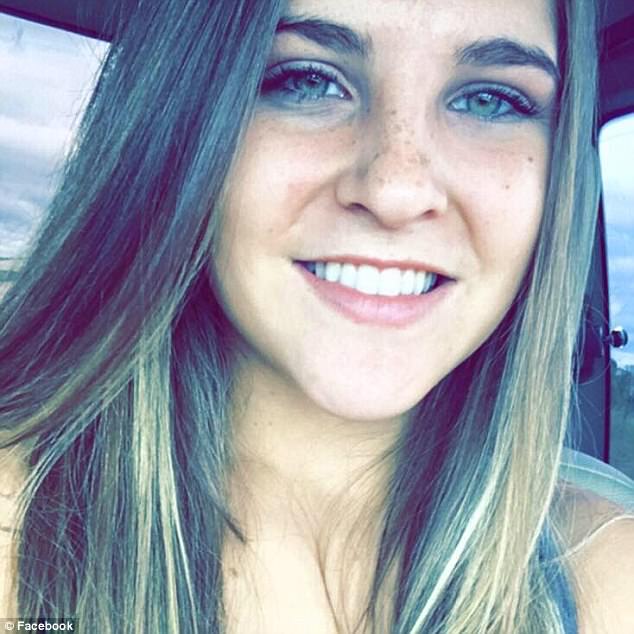 The video of Finney’s miraculous save has gone viral as people wonder if she’s superhuman. She is pictured above off the court in her Facebook profile picture 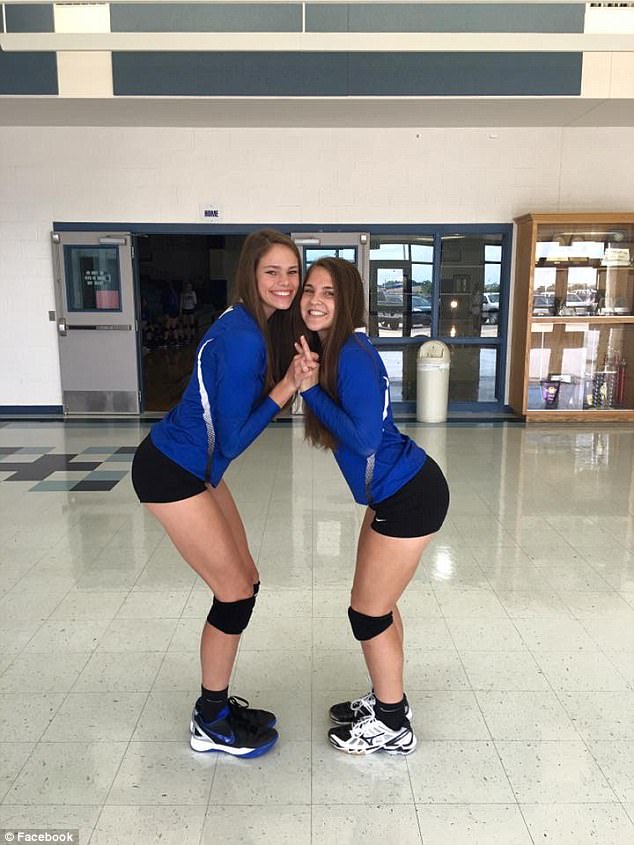 Finney is pictured right in her volleyball gear with a teammate