A Texas hotel staffer who spent an entire day – plus eight additional hours – on the clock during one of the worst natural disasters in the southern state’s history is being praised for his hard work and generosity this weekend.

The storm’s strong winds and heavy rains have led to at least five deaths while flooding streets and homes throughout the region.

It also forced emergency management officials to shut down local portions of Interstate 10 as well as the access road to hotel where Smith works, trapping him and his hotel guests in the building with him.

Hotel workers who weren’t having their own problems with Imelda couldn’t get to work to relieve Smith. 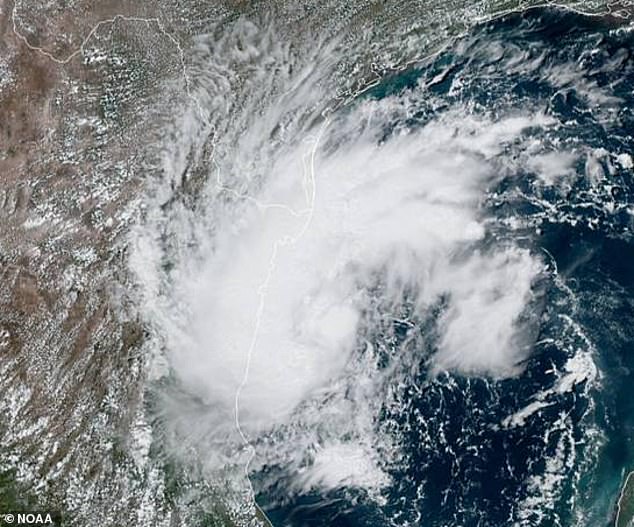 A satellite photo of Tropical Storm Imelda. The storm’s strong winds and heavy rains have led to at least five deaths while flooding streets and homes throughout the region 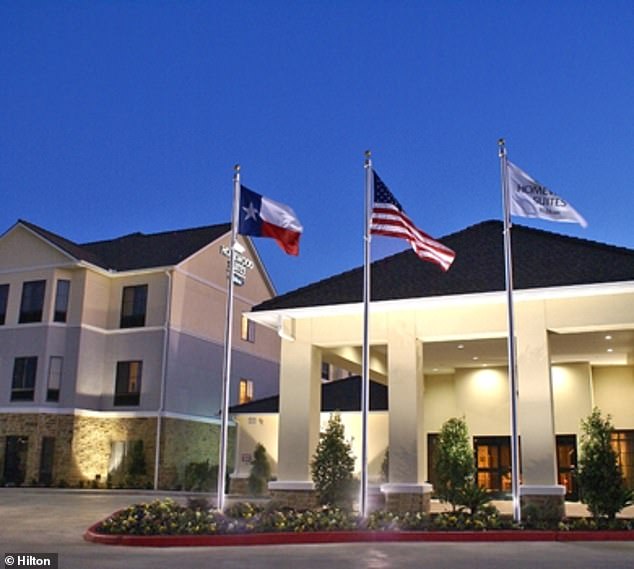 Imelda forced emergency management officials to shut down local portions of Interstate 10 as well as the access road to Homewood Suites (pictured) where Smith worked in Beaumont, trapping him and his hotel guests in the building with him

At times, he was the only employee on duty during the crisis, forcing him to deal with computer systems crippled by the storm and building fire alarms that were set off several times in addition to preparing food for everyone on site. 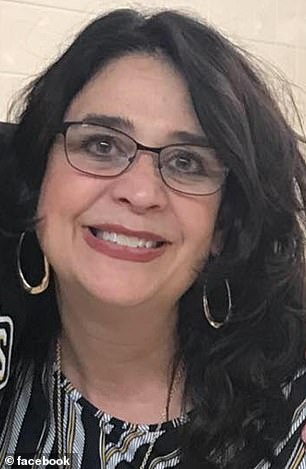 ‘I got to work about 3 p.m. Wednesday (Sept. 18) and it had been raining the whole day, but it wasn’t flooding yet,’ he told WFAA. ‘Then the morning came around, and I was the only one there and everyone was expecting breakfast. … ‘I don’t consider myself a hero, that’s just what I would do, I think anybody would do the same thing.’

One of Smith’s guests volunteered to help him make breakfast in the hotel’s kitchen.

Others helped him prepare chicken pasta for dinner.

Hotel guest Angela K Chandler was so impressed by Smith’s resolve, she snapped a photo of him smiling behind his desk and posted it on Facebook along with a status update praising his dedication.

‘If you know Satchel, tell him he is our hero!’ she wrote. ‘He has handled this situation with grace, kindness, and a beautiful smile on his face. … He gave me permission to share his picture. What an example of how to handle yourself in a crisis! Goodness gracious! I will stay here next time just knowing that despite whatever happens, I will have someone putting our needs above his own needs. Thank you Satchel for taking care of us here at Homewood in Beaumont.’

‘He is the only employee here,’ she wrote. ‘Satchel has been here all night… He has manned the phones, answered each of our questions, ensured that we have had a hot cup of coffee or tea, and helped serve us a hot breakfast.