Texas HS football erupts in mammoth brawl, before EVERY player is ejected and the game is called off

A massive brawl during a Texas high school football game got so bad in the final few minutes that the game had to be called off because every player was ejected.

According to the Fort Worth Star-Telegram, the matchup between Dallas Roosevelt High and Fort Worth Eastern Hills High saw players and spectators fighting on the field when the game was called as Eastern Hills was up 35-12 with over six minutes remaining in the game.

Someone at the game pulled their phone out in the bleachers, recorded the fight, and posted it on YouTube. It isn’t clear why or how the fight started – or who started it. Fans were seen running onto the field while coaches and referees tried to calm down the situation. 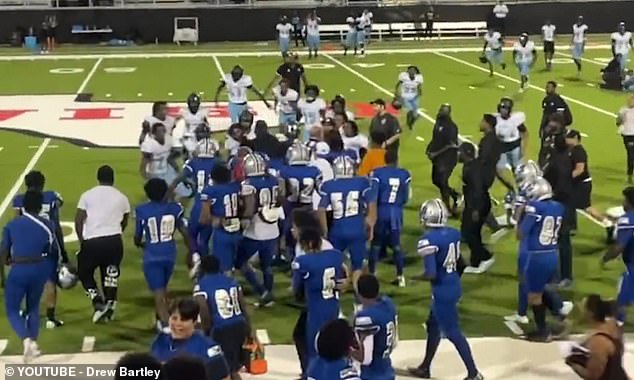 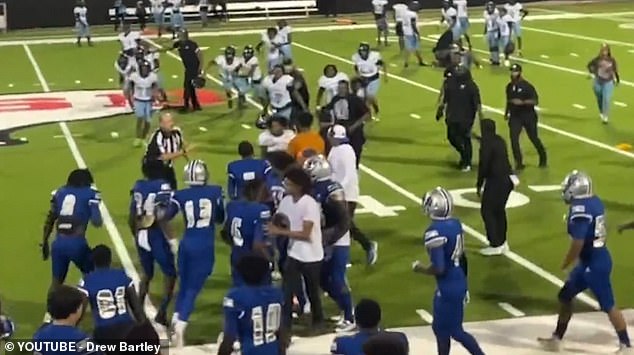 The game’s announcer was heard pleading those in the stands to stay put, saying, ‘Fans, do not jump into this brawl.’

That same announcer was heard calling for help for a ‘hurt’ player on the field, adding, ‘We need security out here please.’

An assistant athletic director at the Forth Worth Independent School District said each player was ejected from the game. According to Texas’ University Interscholastic League rules, ejected players will have to sit for the first half of their following game.

Dallas Roosevelt will be forced to play their junior varsity team for the first half of its next game.

A statement from the Dallas Independent School District said the brawl is under investigation.

‘The UIL is aware of the incident involving Fort Worth Eastern Hills and Dallas Roosevelt high school students during a football game on Thursday September 8, 2022,’ the statement read.

‘The school and the local district executive committee are investigating and have the authority to impose penalties for involved students. The UIL will continue to gather information.’

Due to their lead, Eastern Hills was retroactively given the win. 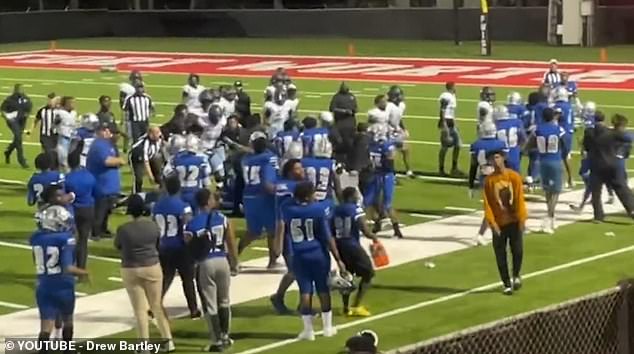 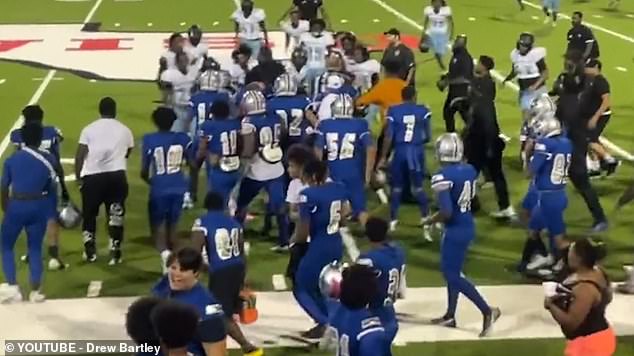