A Texas mailman is celebrating a remarkable milestone that many will never get the chance to reach: He has saved over 1,500 lives by donating a staggering 100 gallons of blood throughout his lifetime.

Every two weeks for the past 32 years, Marcos Perez, from San Antonio, has dedicated two hours of his life donating blood at at the South Texas Blood & Tissue Center, giving an average of about 2.5 gallons a year.

As well as wanting to help others, the 57-year-old Air Force veteran has an even more important reason for being so diligent about turning up for the bi-weekly appointments; as a baby, he himself was saved by a blood donation, and knows that all it takes to save a life is one person willing to sacrifice a few hours.

Dedication: Marcos Perez, 57, received a certificate after honoring him for donating 100 gallons of blood over the last 32 years, having visited the hospital every two weeks 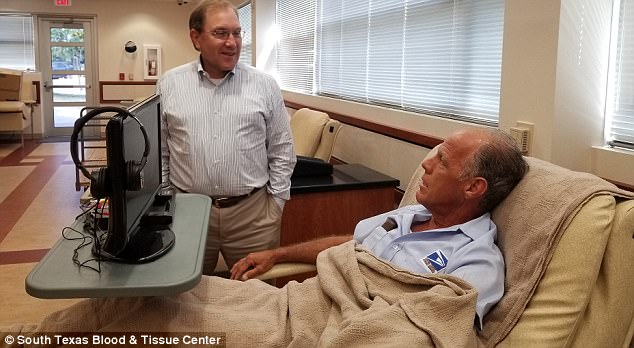 A real-life hero: According to a South Texas Blood & Tissue Center employee, the mailman has helped save at least 1,500 lives

Born prematurely, Marcos needed a blood transfusion – so his father’s friend of 53 years, a man called Tony Aguilar, saved his life by donating his own blood to the cause.

And after hearing the story when he was a teenager, Marcos set himself a goal of donating blood as many times as it’s allowed – 24 times a year.

‘He took the time to donate, so he saved my life,’ he said of Tony, and his own motivation for donating so much blood.

Marcos and the man who inspired him to help thousands first met four years ago at the hospital where the mailman donates blood, and Tony has since become a father figure to the man he helped save more than five decades ago.

The hospital celebrated Marcos’ achievement by giving him a cake and a certificate. 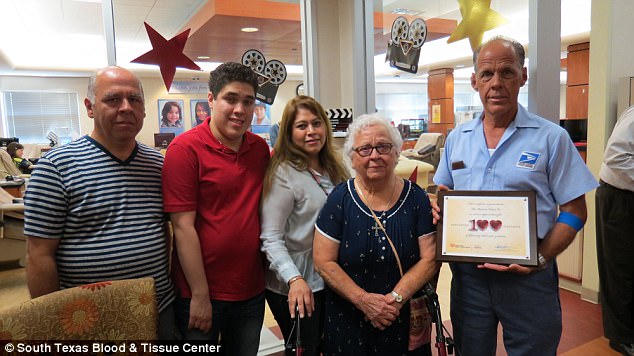 Full-circle: Marcos (pictured with his family) had a life-saving blood transfusion as a baby 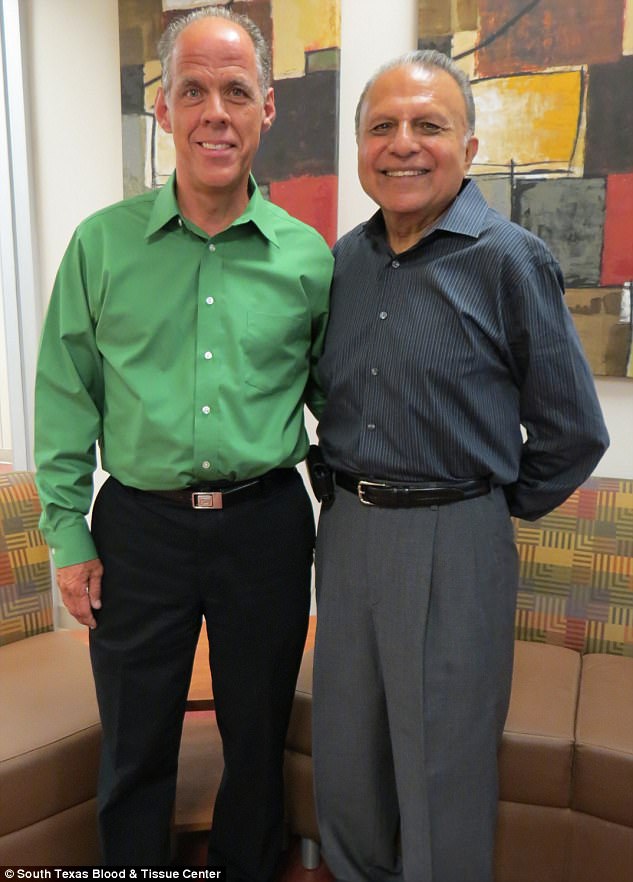 A long-awaited meeting: The Air Force veteran got to meet the man who saved his life with a blood donation, Tony Aguilar, four years ago (right) 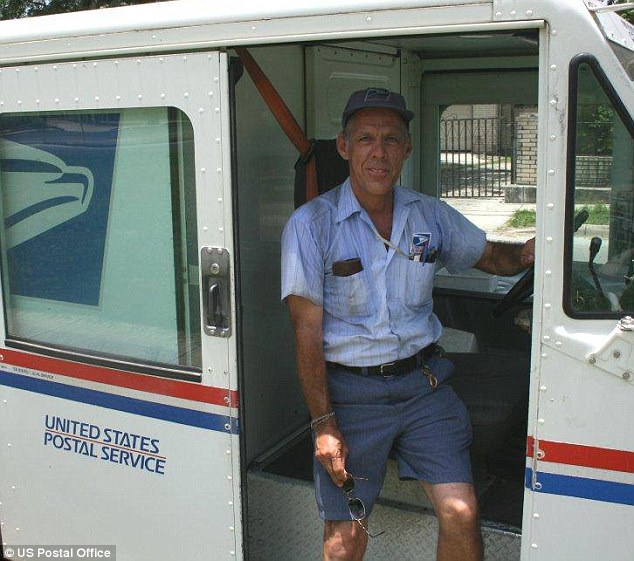 Because he donates platelets, which are currently in high-demand for cancer patients, Marcos has been able to donate more often than if he were giving up whole blood or double red blood cells.

He is the fourth person in south Texas to donate 100 gallons of blood.

And understanding this better than anyone, Marcos plans to keep donating as much blood as he can.