A Texas man made a bone-chilling discovery when he stumbled upon a den of slithering rattlesnakes on his property.

The ranch owner Bobby Cowan and his friends, Matt Stanley and Levi Kirkland, planned to do work on a windmill on Tuesday when a small rattlesnake slithering underneath an abandoned hunting cabin on the property caught their attention, the San Antonio Express-News reports.

When the trio followed the reptile to the building, they decided to lift the floor of the structure with a skid loader.

They were immediately confronted by the rattling of over three dozen venomous snakes. 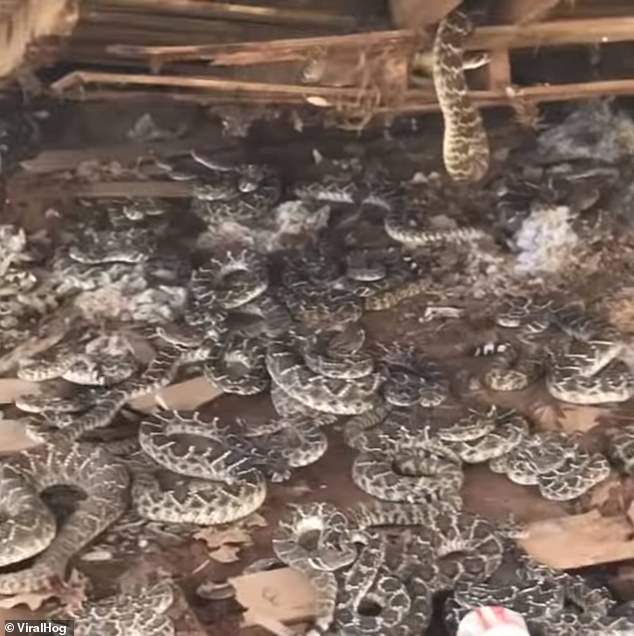 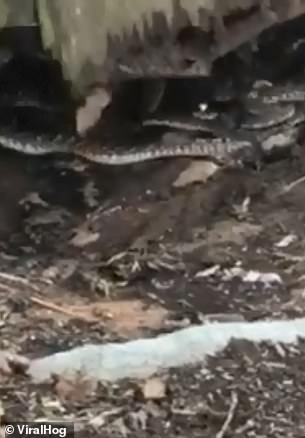 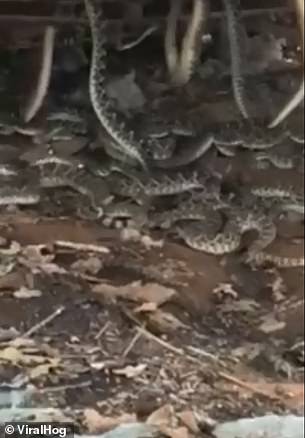 Matt Stanley took a video of the slithering nest of vipers once they lifted the floor a second time. 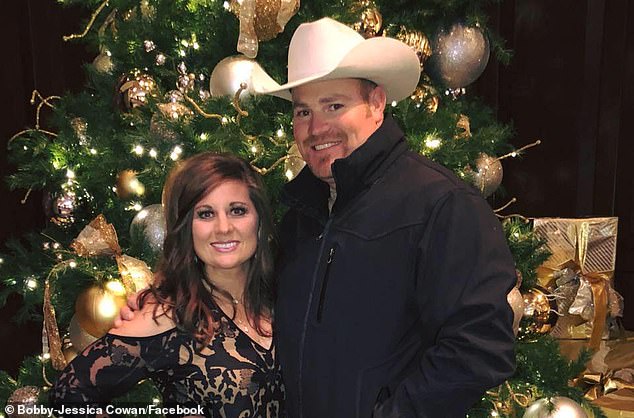 ‘We were definitely — what’s the right word — freaked out, maybe,’ Bobby Cowan said about the encounter. ‘Very, very surprised. As soon as we lifted up the building, we slammed it right back down because there were so many of them.’

Matt Stanley took a video of the slithering nest of vipers once they lifted the floor a second time. This time the men noticed the snakes were slower due to the cooling temperatures.

‘We knew we weren’t in that much danger if we didn’t get too close, and so then we were able to look at them,’ Cowan ventured.

The video was posted to Facebook by Bobby’s wife, Jessica, who captioned the uncovered mass of rattlers. 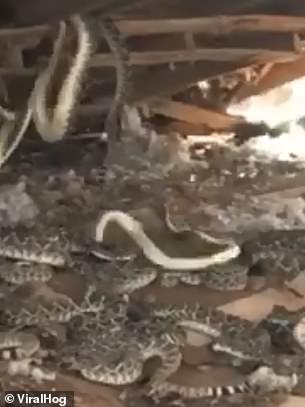 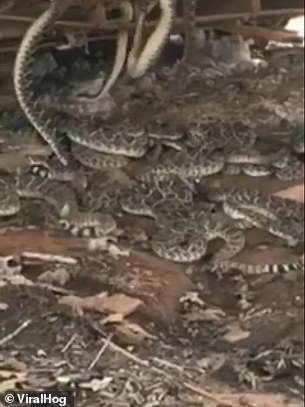 There were over three-dozen snakes according to Cowan’s count, but there may have been as many as 50

‘Welp… look what Bobby just found at our place in Gorman!!!!!!!!! #jesusforrealtakethewheel #nope,’ she described the video.

The rancher and his friends eventually relocated the pile of snakes using long sticks and trash cans, grabbing them by the back of their heads. Cowan said they were moved ‘quite a ways’ away to keep them far from livestock.

The snake-handling buddies said there could have been as many as 50 of the rattlesnakes despite them only counting about 36.